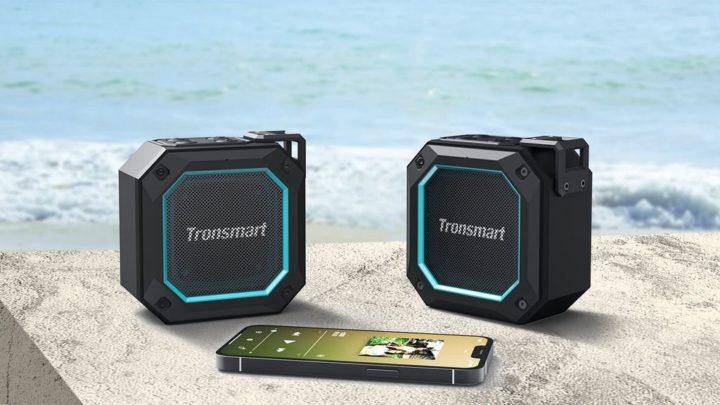 Tronsmart is celebrating its 9th anniversary and with it are lots of promotions going on. In addition, there are still some hobbies that can give access to prizes such as earbuds, bluetooth speakers and gift boxes.

Once summer and holidays have arrived and the good weather invites parties with friends and family and outdoor walks, we leave as a suggestion three Bluetooth speakers, all of which are waterproof, just arrived on the market.

The Tronsmart T7 speaker comes with IPX7 certified water resistance (like the proposals presented below), so it can be used safely near water, without accidents ending the animation and music.

The T7's cylindrical shape will help create 360° surround sound. Powerful woofers on the bottom work in conjunction with two matched tweeters on the top for 30W output power controlled by Tronsmart's patented SoundPulse audio technology. The LED wheel on the top still allows you to create an interesting lighting effect.

It also offers Bluetooth 5.3 technology, which facilitates wireless communication up to 18 meters and improves energy efficiency during audio transmission, in addition to being able to be paired with other similar speakers to create an even more immersive environment. It also has autonomy for up to 12 hours of music playback.

The mini version of the T7 is another novelty. This speaker, Tronsmart T7 mini, in addition to being water resistant, has a very compact design, ideal for carrying attached to a backpack or even in the belt of your pants.

Its light at the top can be adjusted to the user's taste or change to the rhythm of the music. It features built-in 15W full-frequency driver units that, according to the manufacturer, will provide "tonal balance with rich highs in detail and penetrating lows". 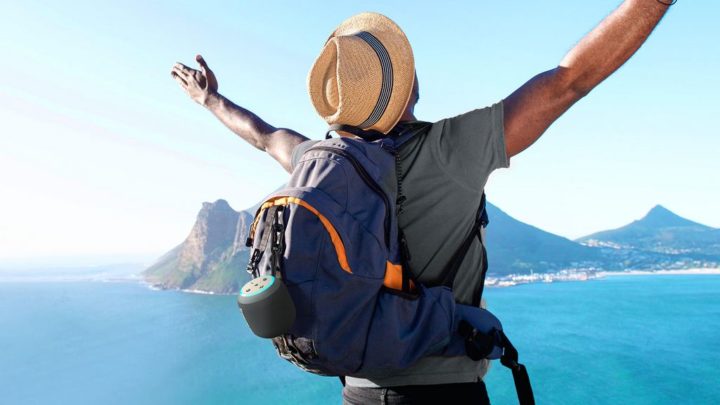 The T7 Mini is equipped with a 2500mAh battery that can provide up to 18 hours of battery life and takes just 3 hours to fully charge. The speaker supports the latest version of Bluetooth 5.3 and True Wireless Stereo.

This is also a compact version of a Bluetooth speaker ideal to take anywhere, taking up very little space. Still, the sound quality with immersive bass will not be questioned. It has an output power of 10W and the ability to connect to other Tronsmart Groove 2 with TWS.

This proposal also has Bluetooth 5.3 and battery for up to 18 hours of music playback.

In terms of design, the fact that it has an LED light point stands out to create a visual effect to the musical experience. It also includes different support possibilities including universal thread for bicycle or tripod holders.

All these new products and many others are available at unbeatable prices, at Tronsmart birthday promotion, running until the 16th of July. There is a competition in progress, with many prizes to offer.