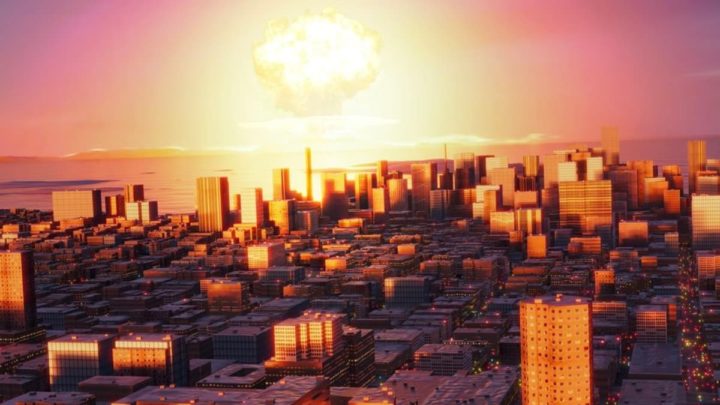 A nuclear attack did not hit New York, but the city’s emergency management department wants residents to be prepared if one does occur. As such, the entity released a short video titled “Nuclear Preparedness PSA” last Monday. In the video, New Yorkers are given directions to follow in the event of a nuclear attack.

Contents
New York: Alert the city to a nuclear attack?1. Enter the house2. Stay indoors3. Stay tuned and connectedRead too:

Despite being very simple tips, it seems to be just a first and slight warning. Is there something the world doesn’t know about?

New York: Alert the city to a nuclear attack?

Public service announcements (PSA) are intended to prepare people for future changes or to warn them about the harms of a particular substance. Countries are still looking for a course of action regarding the COVID-19 pandemic and are not sure whether the virus will turn into something better or worse.

New York City Begins Nuclear Attack Preparedness Public Service Announcement. This was not in response to any specific threat.

In the midst of all this, and after a Russian invasion of Ukraine, with various threats from Putin to the world at large, appearing a warning about an unexpected nuclear attack might seem a little...strange!

The video, simple, with a calm and carefree tone, despite the seriousness of the topic, information about basic procedures that people should keep in mind.

On its way to a million views, this one starts with the narrator saying:

So... there was a nuclear attack. Don't ask me how or why, just know that something big hit you. OK? So what do we do?

The narrated steps are in fact simple, they leave the idea that they are the most basic, as if it were a tutorial with several parts.

The indications are only for the inhabitants to do 3 simple steps:

It may seem like a pointless thing to do to put so many layers of protection between yourself and the outside environment, which is littered with radiation. However, as the pandemic has demonstrated, people tend to do just the opposite in such scenarios, and so the ad goes on to explain that it is necessary to quickly enter a building and stay away from windows.

Once inside, the information asks people to get as close as possible to the middle of the building and close all doors and windows. Then it is necessary to change clothes, wash the body with soap or shampoo, and stay inside for as long as possible. Discard all clothing that came in from the outside to keep possible contamination away from the body.

To find out if it's safe to go out again, the ad asks people to sign up for the notification service. Notify NYCthe city's free and official emergency communications platform, which can be done either through the website, through the apps available for smartphones, or even through the phone number 311.

At the Press releasethe NYC Emergency Department also said that while the likelihood of a nuclear attack in or around the city is low, it is important that city residents know how to stay safe.

Mayor Eric Adams told the press that he supported the department's actions and did not believe they were alarmist, but that it was necessary to consider what happened in Ukraine. He added that the city would release more such ads, given the hurricane season.

Is there something Americans know that we don't? This issue, even at the internal level, has already caused a lot of concern and many people, with Twitter already firing tweets on the subject, have already shown their strangeness by the announcement.