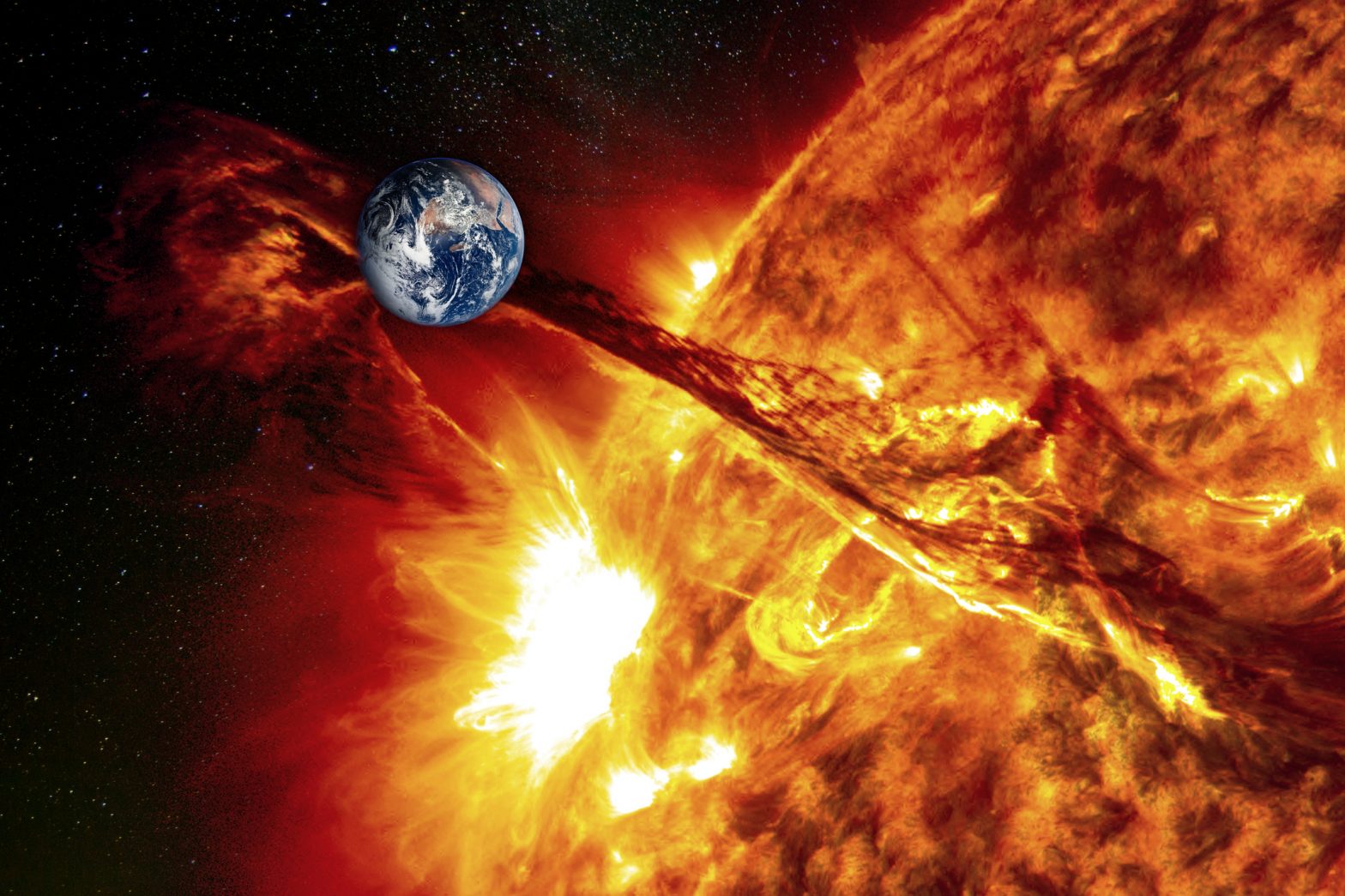 Just earlier this month, a geomagnetic storm hit Earth’s atmosphere. Even satellites were damaged. Such an event is not unusual. Because again and again, particles and radiation from our star ejected by solar flares move in the direction of earth. It gets exciting with the intensity and the effects of such a thing solar storm. They can also have destructive power.

Contents
Magnetic Storm Hits Earth: That’s to be expected Increased hazard potential from solar storm on historic scaleNot only the intensity of the geomagnetic storm is surprisingThe consequences of solar storms can be extreme

The origin of the most recent geomagnetic storm was a solar flare on January 30th. This was caused by explosions in sunspot AR2936, as Space.com reported. Compared to similar events, however, it lasted four hours, which was unusually long.

Within the known spectrum, the eruption was assigned to class M1, i.e. the second strongest category. According to the European Space Agency (ESA), the possible consequences in such cases are “short radio blackouts in the polar regions“. M1 is the weakest expression within the M category.

The geomagnetic storm resulting from the solar flare itself was also considered to be rather “moderate” on the scale of the US National Oceanic and Atmospheric Administration (NOAA). According to this, there was never a risk for power grids. It was more with Northern lights up to the 55th degree of latitude expected.

However, the event attracted a certain amount of attention due to a special impact in space. The resulting solar storm permanently damaged various SpaceX satellites. These burned up shortly after their launch in the earth’s atmosphere.

The situation would be completely different if a solar storm hit our planet like it did 9,125 years ago.

A recent study (published in the journal Nature Communications) confirms that it left permanent tracks in the ice deep beneath Greenland and Antarctica. The examination of corresponding samples showed the enormous strength with which the forces of the hitherto unknown solar storm had worked.

The authors also concluded that it must have been the strongest solar storm ever recorded. Our modern communication systems would not be able to cope with this, according to the corresponding result of the analysis.

“These massive storms are currently not sufficiently included in the international risk assessment. It is of paramount importance to analyze what these events could mean for today’s technology and how we can protect ourselves.”

Not only the intensity of the geomagnetic storm is surprising

What also impressed the researchers is the way in which the massive solar storm has occurred in the past. So it seems to have taken place during a solar minimum. This is an 11-year cycle in which solar flares are significantly less likely to occur, according to the study.

Because of this unexpected behavior, the experts involved fear that destructive solar storms of this kind could hit us when we least expect them. Mankind would not be prepared for this at the moment.

The consequences of solar storms can be extreme

Solar storms occur when our star hurls radiation and particles into space. If these are carried further into space and possibly also towards the earth, one speaks of solar storms.

One effect of this can be geomagnetic effects. To a mild extent, this would result in satellite interference and radio wave interference, for example. However, strong storms are capable of causing widespread global blackouts and permanent damage to electrical infrastructure. Even some kind of “internet apocalypse,” according to a 2021 study by the University of California, is a realistic scenario.