Nothing is getting ready to launch its first smartphone on the market after having placed its first earbuds on the market. The design of the products is what, apparently, most distinguishes the brand in the midst of so much competition, since the specifications that have appeared in rumors do not seem to be convincing the public.

Now, a little less than a month away from the big presentation event, the first official images are shared.

The first official images of Nothing Phone 1

It was almost certain that the first Nothing smartphone would come with a transparent back cover that allowed a glimpse of some of the device's internal components.

With the images shared today, there is confirmation. In view of the shares on social networks and on the company's own website, it is possible to see the back of the smartphone, with a large induction charging coil and several screws. In the background, the pattern that had already been shared by the brand is highlighted.

Still, in fact, you might have expected to see a little more, but even so, this is a detail that sets it apart in the segment.

In the past, we have seen manufacturers launch smartphones with a transparent back cover, but always in special editions of some more iconic model.

According to some rumors, the Nothing Phone 1 will be launched with the Snapdragon 778G processor, positioning itself right away in the mid/high range. It is said to have a 6.43" FullHD+ AMOLED screen and a 90Hz refresh rate.

The main camera will also have a module more or less known in the mid-range smartphone segment, consisting of three 50 + 8 + 2MP cameras and the front camera will have 32 MP. 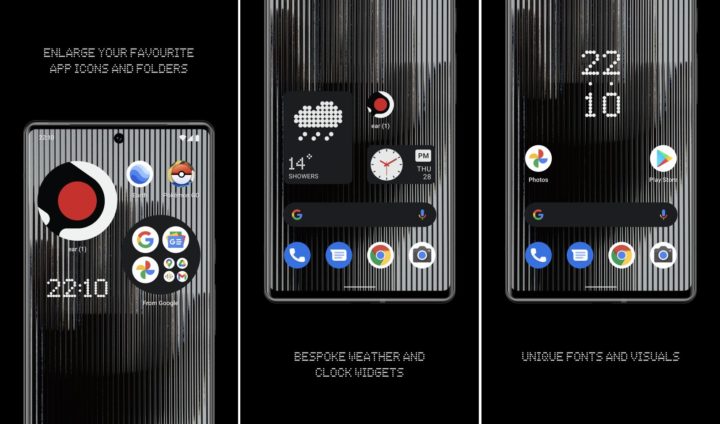 There is also an indication that this smartphone will have a version of 8 GB of RAM and 128 GB of storage, 4500 mAh battery and fast charging. For sure, it is known that it will come equipped with Google's operating system, Android, with its NothingOS user interface.

These are specifications do not reveal anything outstanding compared to the competition and many were those who have already come to criticize Nothing's strategy by wanting to position itself in the market with something relatively banal. It remains to be seen whether the price will be something competitive, thus becoming a true alternative to the competition, since design alone will not be enough.

Curious about the new Nothing Phone 1?