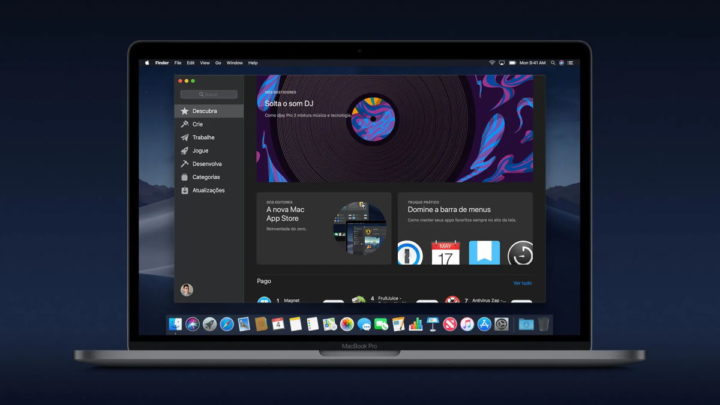 Apple has always insisted on safeguarding the quality of the apps that are on the App Store, its app store. These go through a very detailed validation process, which immediately eliminates all proposals with problems or that users want to take advantage of.

What we have seen, with various situations, is the opposite. Many apps appear and are exploiting flaws in the App Store, leading users to be deceived. A new scam has now been discovered and apps are blocking macOS until purchases are made.

This is a new situation, but it has apparently been taken advantage of for some time by some programmers. As in previous situations, it was the well-known Kosta Eleftheriou who detected and reported this abnormal situation, now in the App Store dedicated to macOS.

What was evaluated, and later confirmed by other developers, is a new scam that tries to trick users of Apple's system. Hidden in apparently normal apps is a way of trying to get users to buy premium features in apps.

I didn't think this was possible:

This App Store app immediately asks you for money and then *disables* the “Quit” option so that you can never close it!

And it's been like that on the App Store for years!https://t.co/DpOLtz9PCd pic.twitter.com/UCnRq2WvnF

Although it is clear that these extras exist in these apps, the mistake is in the way it is presented to macOS users. The apps immediately show pop-ups that prevent them from being used, while they also seem to lock up macOS and become almost impossible to close.

It is with this blocking measure that these malicious programmers seek to deceive users. Apparently, only after accepting the monthly subscriptions to these apps is that this trap is lifted and macOS is operational again.

In fact, there are ways to close apps, but not all users know. The option to close the app in the macOS menus is blocked, but there are shortcuts to bypass the app itself, but naturally they are hidden and almost impossible to see and use.

Once again, it is proven that the evaluation process for apps on Apple's App Store is not as perfect as it is advertised to be. There have been many abuse situations that have been exploiting users for months and withdrawing from these payments that should not happen.