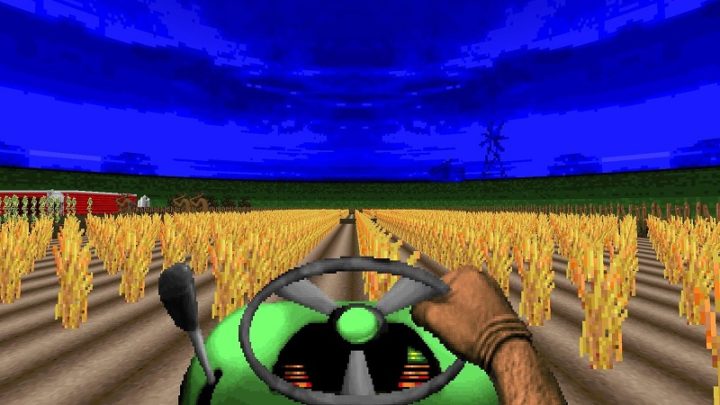 Unusual situations in the technological world are always very interesting and funny. And many of them involve the video game sector, being carried out most of the time by more skilled players and gadgets.

In this way, the latest information indicates that a user from the Def Con hacking group has accomplished an interesting feat by allowing the popular DOOM game to be played through… a tractor! Let’s get to know this project better.

Play DOOM on a tractor? It's already possible!

In addition to being a popular game, DOOM is also known for having been able to play it in several strange places, such as on Twitter, on a Samsung fridge and, more recently, on a LEGO brick. But, can you imagine, being able to play this game with almost 30 years old on a tractor? For that possibility has now been made reality!

The author of the shenanigans is a hacker who belongs to and participated in the Def Con hacking conference held in Las Vegas. And through the screen of a John Deere tractor equipped with the Linux operating system, the hacker managed to play this video game classic released in 1993. Therefore, by using DOOM in this vehicle, it is possible to enjoy all the experience that this game provides, while while doing the farming.

The feat was recorded and shared on video on the Twitter account Sick Codes. And through the video we can see that a tractor also appears in the game.

The project was made possible through the collaboration of a Sick Codes security researcher and a DOOM Skelegant modder. To achieve this, the Linux OS that is in the John Deere 4240 tractor had to be jailbroken. But it also took several months of work for the idea to become a reality.

And the entire procedure was possible even though the John Deere company has a strong security system in order to block access to the system of its tractors. But with the new jailbreak, the hackers managed to get 1.5GB of logs and carry out their project to put DOOM on a tractor.