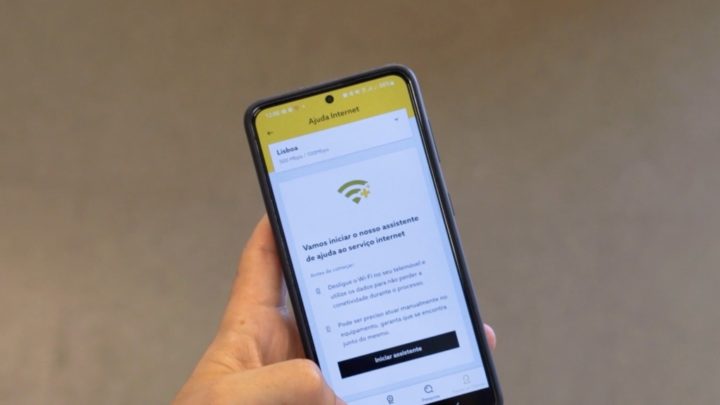 MEO, NOS or Vodafone? In the communications segment, there are frequent studies comparing services. The latest results come from nPerf, a service that provides users, free of charge, with an Internet speed test, which can be accessed from from here.

According to recent data, in the last two semesters in Portugal, NOS provided the best performing mobile Internet.

The nPerf score, expressed in nPoints, provides an overall picture of the quality of an internet connection. The nPerf score takes into account measured speed (2/3 download + 1/3 upload), latency and is equally affected by QoE tests, in equal parts (browsing/streaming). As can be seen in the following table, NOS has a clear advantage over MEO and Vodafone. 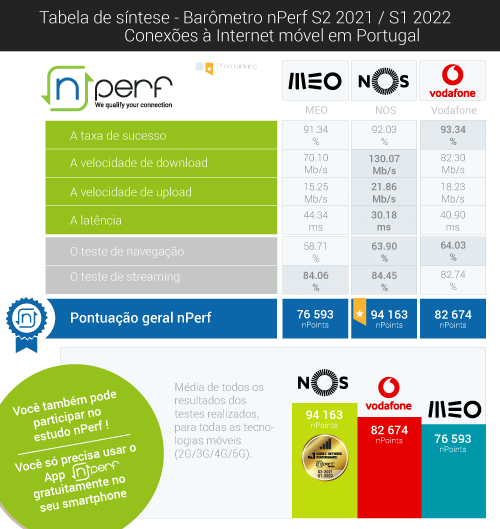 NOS is the big winner of the 2021/2022 study as it reaches, in almost all the measured criteria, the first position in an outstanding way.

As for the tests performed on the 5G network recently opened in Portugal, the NOS also shows its leadershipwith the best numbers (connection rate, share of 5G tests per operator...). 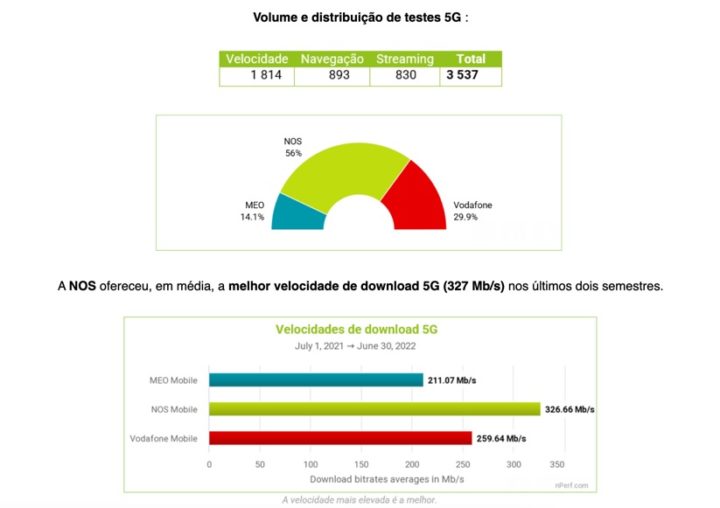 In general terms, the performance of mobile Internet, provided in Portugal by these three major operators, has been growing steadily over the period (more than 25,000 points between July 2021 and June 2022 for each operator!), and this should accelerate with the spread of 5G across the country.

nPerf, a French company, is one of the world leaders in testing the speed and performance of telecommunications networks. nPerf uses its community of users, who test their mobile connections with the nPerf mobile app. The sample of the barometer study is therefore related to the set of users of the nPerf application in Portugal.