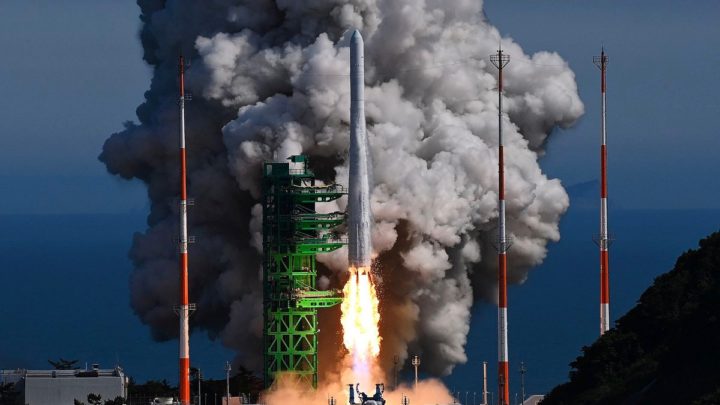 The space race, which began more than half a century ago, has now gained a new participant. Months after its first launch failed, South Korea was finally able to launch its first space rocket, the Korea Satellite Launch Vehicle II.

The 200-tonne liquid fuel rocket took off from the Naro Space Center on the south coast of South Korea.

Rocket reached programmed altitude of 700 kilometers, but did not enter orbit

South Korea's second test launch of the country-produced Nuri rocket successfully put several satellites into orbit on Tuesday, officials said. This is a big step in efforts to boost its space program after a failed first test last year.

The rocket took off from the Naro Space Center at 16:00 (08:00 in Lisbon). As a payload, the South Koreans sent a 162.5 kg satellite designed to check the rocket's performance. This monitoring device successfully contacted a base station in Antarctica after entering orbit, officials said.

In addition to this satellite, Nuri has also successfully placed a satellite into orbit. dummy of 1.3 tons and four small cube satellites developed by universities for research.

The sky of the Korean universe is now wide open. Our science and technology have made great strides forward.

Said Science and ICT Minister Lee Jong-ho at a briefing.

The KSLV-II Nuri rocket consists of three stages. It was produced by the Korea Aerospace Research Institute (KARI) with the aim of eventually placing 1.5-ton payloads into orbit 600 to 800 km above Earth. It is a cornerstone of the country's ambitious goals for 6G networks, spy satellites and even lunar probes.

If the mission is successful, South Korea will become the 10th nation in the world to put a satellite into space with its own technology.