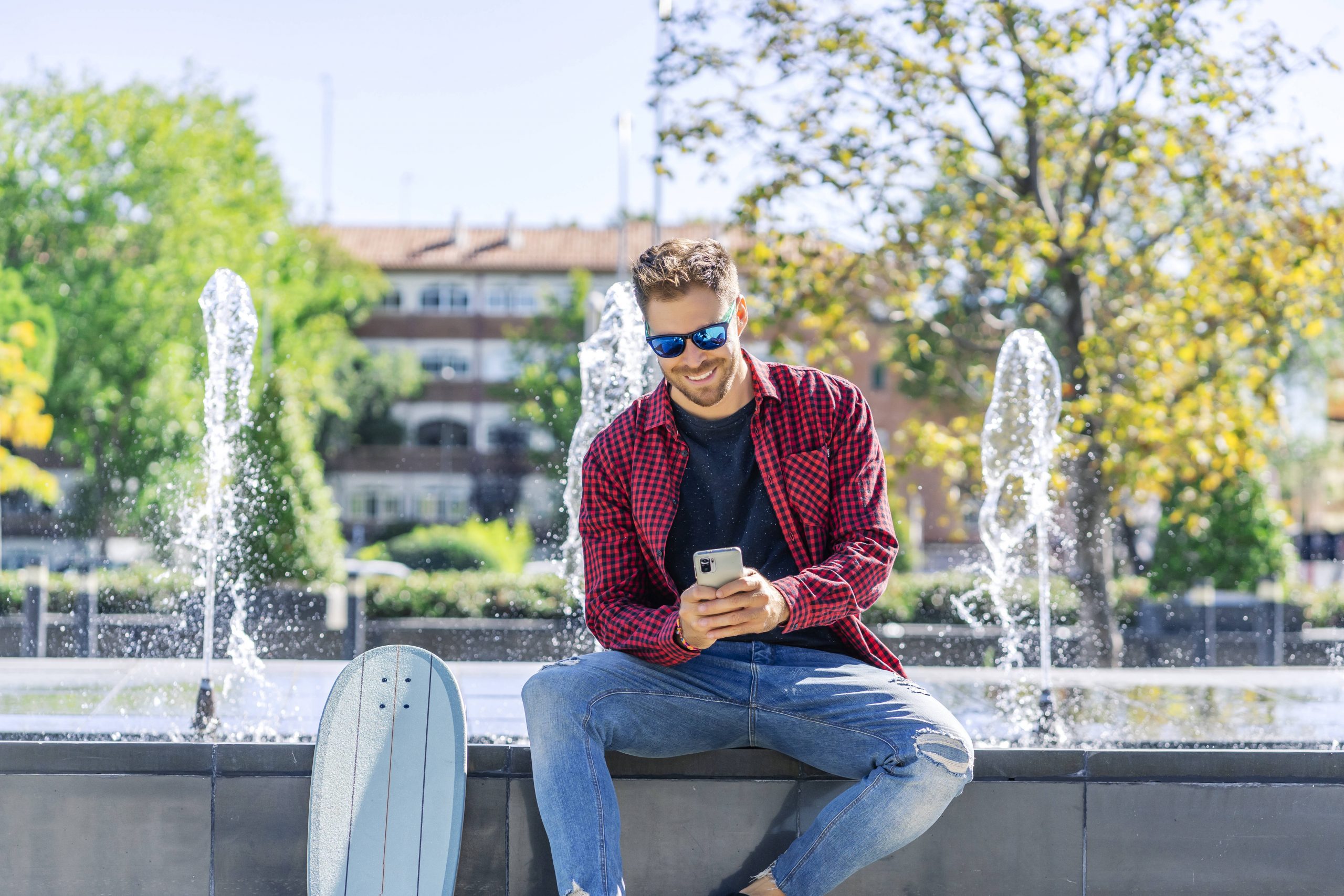 Probably everyone who has been confronted with internetlessness for a long time knows this problem: You want to distract yourself with your smartphone in the usual way on the go, but everything that is fun is suddenly only half as exciting offline . It’s good that you can declare war on the problem yourself. We’ll show you a few below Offline gamesthat really heat you up even without WiFi.

Contents
Offline games for your smartphone: You can have a lot of fun even without WiFi“Geometry Dash” “Stardew Valley”“Really Bad Chess”More offline games for on the go

Offline games for your smartphone: You can have a lot of fun even without WiFi

Anyone who thinks that a smartphone is deadlocked without internet has not yet heard of the best offline games for on the go. Yes, even without WiFi it is possible to have fun with your mobile phone and to fight against boredom. Ideal if the connection is interrupted on a longer train or bus journey or if you want to go for a leisurely round of paddling in places with poor reception.

Of course, you need a reasonably stable internet connection in advance to get the offline games on your mobile phone. But once the step has been taken, you can enjoy the finest entertainment out of your pocket wherever you are. Below we present you a small selection of the representatives that we see in the list of the best games for mobile phones for which you do not depend on WiFi.

As a true classic among mobile phone games, it would border on blasphemy not to mention “Geometry Dash” in the list of the best offline games for on the go. The title, which has now been popular for almost a decade, does little new and focuses on tried-and-tested ingredients that are just as needed for combating wasteland.

The concept is as simple as it is ingenious: with a tap and swipe, you can navigate a geometric shape, for example a triangle or a square, through a colorful and lively world of obstacles, chasms and other geometric shapes that are meant to stop you.

The numerous, sometimes really tricky levels, sometimes require hundreds of attempts before you can complete them 100 percent. Nevertheless, there is hardly any time to lose control, because after every mistake the level automatically starts from the beginning. A special treat is the music, which has been chosen to match each new game world and provides a harmonious background.

The free lite version should give you a good insight with one of the freely available levels before you decide on the full version, which costs around two euros, to unlock even more levels, soundtracks and features.

The next game on our list that doesn’t even require WiFi is highly acclaimed and award-winning. With “Stardew Valley” you get a cute farm simulator on your smartphone that has been designed with great attention to detail.

The PC or console version has been delighting players from all over the world for more than five years. Particularly interesting: There is no huge team of developers and analysts behind the project, as is usually the case, but only a single developer who has been developing the game with a lot of heart and soul since then.

“Stardew Valley” is not only popular among thoroughbred farmers, but with its calming appearance and its seemingly endless tasks can offer ideal relaxation, but also the time killer par excellence. However, the title is always worthwhile, even offline on the mobile phone. For just under five euros you can plant, dig and harvest on the iPhone as well as on any Android device.

“Really Bad Chess” isn’t really as bad as its title might suggest. It is particularly suitable as an offline game for varied hours without WiFi and the like, as every round is played differently, although the concept is always the same.

At first glance, “Really Bad Chess” may look like a bad, carelessly cobbled together chess simulation that any computer from the 90s could have done better.

But appearances are deceptive:

Anyone who has prepared themselves for a dry game of “white against black” is wrong. The title, which is freely available for Android and iOS, is about turning the rules of chess upside down once and for all. So it is quite the order of the day to start the game with a field full of queens, while your opponent can use a row of knights and rooks, only two of which are available to you.

More offline games for on the go

Even if it will no longer become the rule that we play games offline, a whole range of games are also worthwhile if the WiFi fails again or you simply can’t get reception. They reliably drive away boredom and always provide variety with their countless hours of fun.

In addition to the titles we have mentioned, there are a number of others that are worth mentioning. For example, you can get the entire old-school “Final Fantasy” series for your smartphone for just a few euros. Nintendo DS classics such as “GTA: Chinatown Wars” or the more modern roguelike “Dead Cells” are also worthwhile on the smartphone.

For those who get nostalgic now, in addition to the offline games we mentioned, the best retro games for on the go are certainly worthwhile. We’ll also show you the 20 best mobile games of the past year elsewhere.