THE Oppo and the LG drew a lot of attention at the end of 2020 for being the first manufacturers to present rollable smartphone models, which were able to expand to the sides. However, after the revelation of this type of technology, the LG closed its smartphone area and Oppo hasn’t talked about it anymore until now, according to new rumors, the Chinese manufacturer may release its first rollable model next year.

Presented during the INNO Day 2020 organized by the manufacturer, the Oppo X 2021 was a device with a 6.7-inch display that could be “unrolled” to reveal a 7.4-inch display, offering a very tablet-like experience.

Now, after launching its first mass-produced foldable smartphone, the Find Na Oppo is supposedly interested in developing a model”Oppo X” to be marketed. At least that’s what the leaker says Digital Chat Stationwho stated in his weibo that “the green manufacturer (Oppo’s color reference) internally plans the commercial scrolling screen next year.” 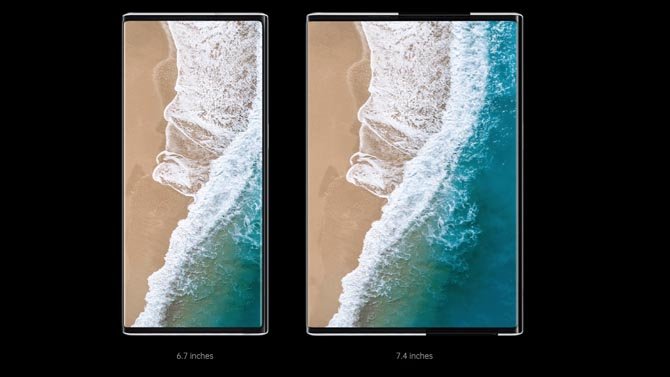 Unfortunately, the leaker did not share new information on the device or more details of the manufacturer’s plans, but he possibly will have a similar operation to the device presented in 2020. The first version of the company’s rollable smartphone has a full flat OLED screenwhich does not show the creases and dimples present on the display thanks to the force thruster assembly that exerts a constant force on the screen.

To expand the device, the smartphone has a Roll Motor which allows the user to unroll the screen as much as they want, allowing the user to find the optimal screen size between 6.4 or 7.4 inches.

It is worth remembering that the Oppo X 2021 was presented only as a concept model at the time, so it is possible that the company has changed some details of its operation. As the possible launch of a “Oppo X” coming to the public next year, in the coming months new information about the devices should appear on the internet.