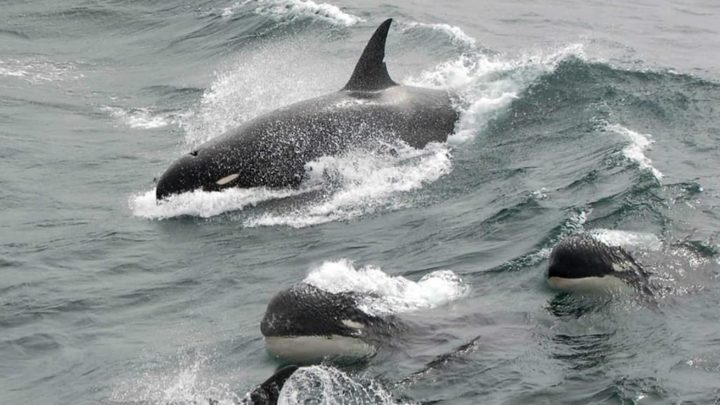 Yes, it happened in Portugal and the incident was caused by orcas. Five people were rescued off the coast of Sines, according to the Portuguese Navy’s Maritime Search and Rescue Coordination Center (MRCC) announced today.

The Portuguese Navy recalls the advice of the National Maritime Authority and the Institute for the Conservation of Nature and Forests (ICNF) regarding the sighting of orcas, especially during this holiday period.

According to the document, the Navy, through the Maritime Search and Rescue Coordination Center (MRCC) in Lisbon, in conjunction with the Captain of the Port of Sines, coordinated this rescue operation at dawn.

“The five crew members, of Portuguese nationality, were rescued by the fishing vessel "Festas André", which was in the vicinity of the sailboat's sinking position", writes the Navy in a press release.

The five crew members were “on the life raft after the sailboat on which they were following had sunk after meeting with orcas, about six miles, the equivalent of 11 kilometers, from Sines”, in the district of Setúbal. The Portuguese Navy recalls some precautions to be taken.

"The interaction with these mammals occurs mainly due to the curious behavior of juvenile orcas, which, attracted by the mobile and noisy structures of the boats, such as the rudder and the propeller, can approach the boats excessively and hit the mobile structures, with probability of total or partial rupture of the rudder”, he warns.

And, “in case of sighting of these mammals, it is recommended that all mariners turn off the engine, in order to inhibit the rotation of the propeller, and immobilize the rudder door, thus discouraging these mammals from interacting with the moving structures of the vessels”.