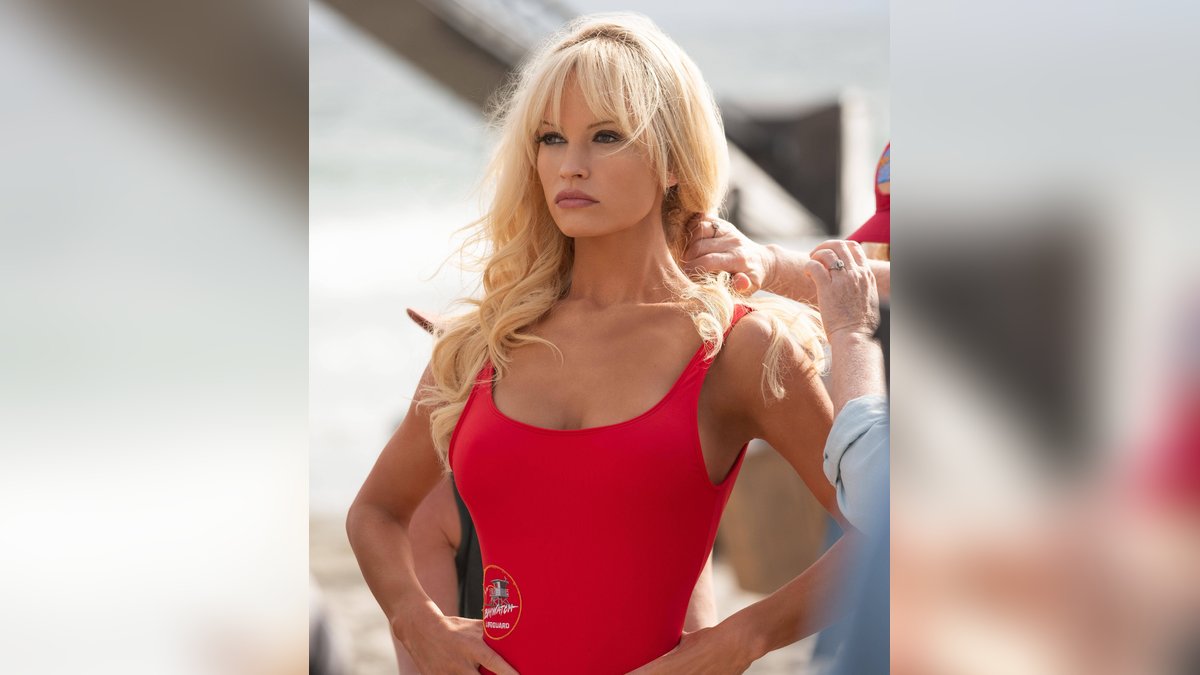 She looks very similar to her! Lily James (32) plays “Baywatch” star Pamela Anderson (54) in the new Hulu series “Pam & Tommy”. A new trailer shows the 32-year-old in the iconic red swimsuit that Anderson wore as a coast guard on the series. To get closer to the 54-year-old, James used breast prostheses for the shoot and swapped her otherwise light brown hair for a platinum blonde mane.

The miniseries focuses on Pamela Anderson’s relationship with Mötley Crüe drummer Tommy Lee (59), played by Sebastian Stan (39). The teaser shows how a couple’s sextape gets into shady hands. The roughly two-minute clip shows two men (played by Seth Rogen, 39 and Nick Offerman, 51) selling Anderson and Lee’s private video on the Internet. The eight-part biopic focuses on the effects of the sex tape on Anderson’s marriage, which divorced in 1998.

“Pam & Tommy” will be broadcast on February 2nd on the US streaming service Hulu. In Germany, the series will be made available via Disney + at the same time.