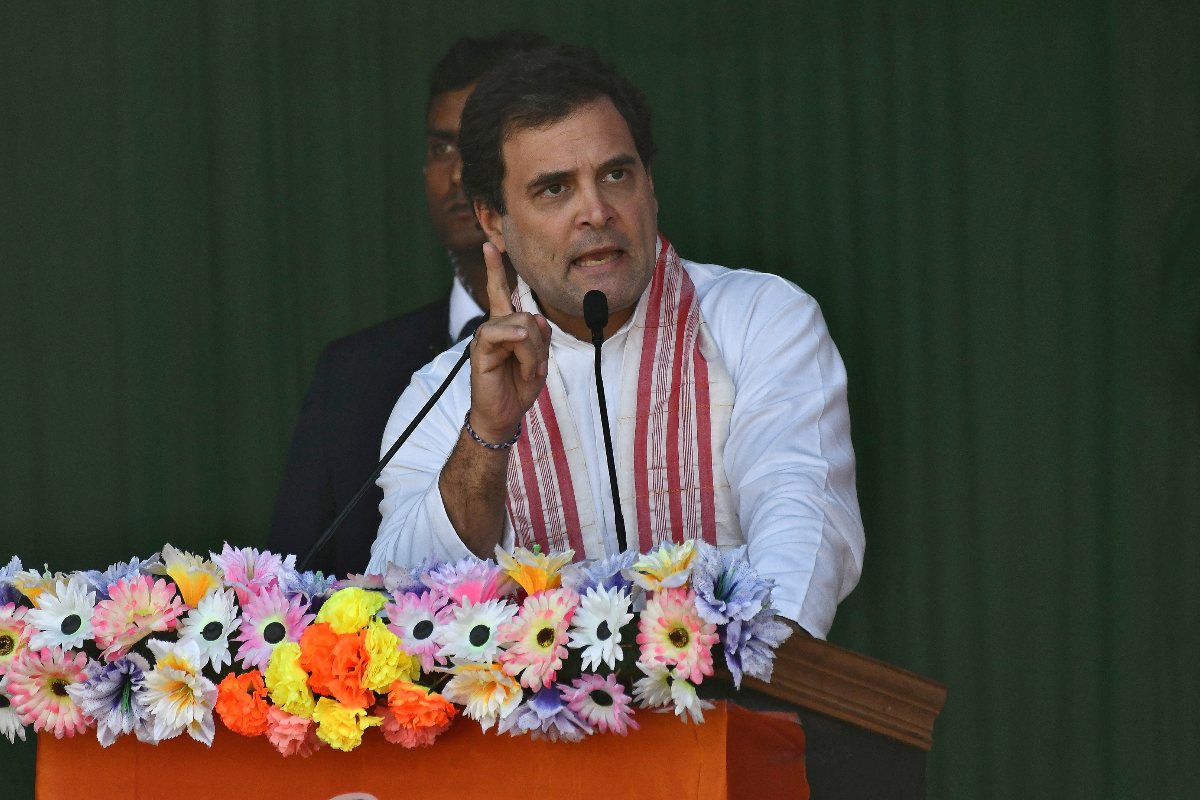 Congress on Saturday launched an all-out attack on the government, accusing it of deceiving Parliament, deceiving the Supreme Court, hijacking democracy and indulging in treason, after a media report claimed India purchased the Pegasus spyware from Israel as part of a defense agreement in 2017.

Congress said it intends to raise the issue at the budget session starting next week and demand accountability from Prime Minister Narendra Modi and the BJP government on the floor of Parliament.

The main opposition party also urged the Supreme Court to take notice suo motu of the matter and initiate appropriate criminal proceedings against the government for trying to “deliberately and knowingly deceive it”.

With Congress making its intent clear, the shadow of the Pegasus issue once again hangs over the 2022 budget session, as the entire 2021 monsoon session was scrapped after the Opposition jointly halted proceedings on the issue.

According to a report in The New York Times, Israeli spyware Pegasus and a missile system were the “centerpieces” of a nearly $2 billion deal on sophisticated weapons and intelligence equipment between India and Israel in 2017. .

Former Congress Speaker Rahul Gandhi has accused the government of treason for allegedly “tapping” the phones of opposition leaders, the military and the judiciary using Pegasus spyware.

“The Modi government bought Pegasus to spy on our primary democratic institutions, politicians and the public. Government officials, opposition leaders, the military, the judiciary were all targets of these wiretaps. This is treason,” Gandhi said on Twitter.

Speaking at a press conference here on the matter, Congressional Secretary General and Chief Spokesperson Randeep Surjewala alleged that the Modi administration “fooled” Parliament as well as “fooled” the Supreme Court.

He said the BJP machine had engaged in a massive strategy to also “deceive” the people of the country, as it is now clear that the government led by Prime Minister Modi “purchased illegal and unconstitutional spyware” from Israel and used it against opposition leaders, the judiciary, the media and even their own officials.

He claimed that the government used public money to illegally buy the cyber tool and spy on its own people and thus “hijacked” democracy. They committed an act of treason ahead of the 2019 Lok Sabha elections, he claimed.

“We will seek the prime minister’s accountability on the floor of Parliament, along with that of the government in the people’s court,” he said.

“We will ask the Supreme Court suo motu to take note and issue appropriate criminal proceedings against this government for deliberately and knowingly attempting to mislead the Supreme Court,” Surjewala said.

“It is treason, it is a kidnapping of democracy and it is a systematic deception and attack on the fundamental rights of privacy and dismantling of national security considering that everyone was spied on illegally and unconstitutionally by this government”, he claimed.

Opposition leader in Rajya Sabha Mallikarjun Kharge, who joined him at the press conference, said that when the government “was not ready to discuss the Pegasus issue by our demand (during the Monsoon Session of Parliament last year) , it shows that they wanted to hide something from the people of the country.” The money belongs to the public, but these people are using it to snoop on people who oppose them, he claimed.

Kharge said that if the government was doing it for the security of the country, fine, but “they are using it against opposition leaders, ministers and government officials, the judiciary and the media.”

“They told a lie in Parliament,” he claimed.

“If the government has the guts, it should file a defamation suit against the New York Times, which published the story claiming that the government bought the spyware. The truth has now come out,” said Kharge.

Asked if they will pursue a Joint Parliamentary Commission investigation again, the LOP said: “We will see what kind of investigation needs to be done, we will discuss. We also raised this issue previously and we will raise these issues in Parliament now.”

Surjewala previously claimed that the defense budget of the National Security Council Secretariat (NSCS) reporting to the NSA rose from Rs 33 Crore to Rs 333 Crore in 2017-18.

He said that following the report, it is now clear that the Modi government purchased Pegasus spyware in 2017 and other military technologies as the “centerpieces” of a package including “weapons and intelligence equipment worth approximately $2 billion.” of Israel during Prime Minister Modi’s visit.

“The Modi government is the implementer and executor of the illegal and unconstitutional spying and spying scheme through the Israeli surveillance spyware Pegasus and Prime Minister Narendra Modi himself is involved,” he said.

“This is a blatant hijacking of democracy and an act of treason,” the congressional leader alleged.

The government had denied all allegations when the opposition was.