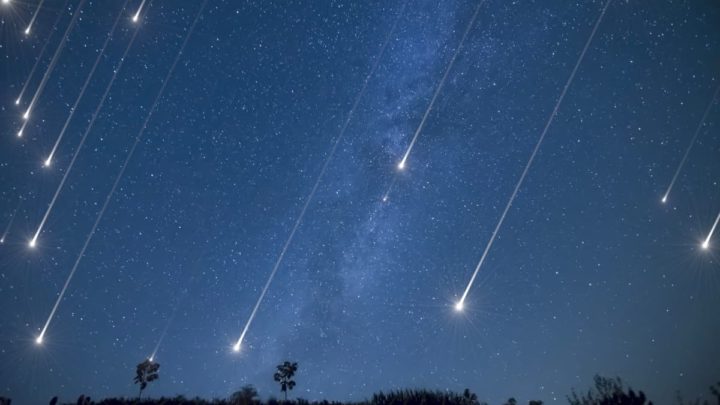 The Perseids, or “Tears of Saint Lawrence” are one of the most popular summer starbursts visible throughout the northern hemisphere. Within a few days, there will be ideal weather conditions for your observation. So, think of a wish, because it will be a spectacle worth remembering.

Contents
Perseids… the summer star showerWhat are the Perseid shooting stars?When will be the best time and place to enjoy this event?

In order to be able to detect and understand the movement of these meteors in the night sky, we must, first of all, choose the ideal place for their observation and know exactly which direction to look in the starry sky. But after all, what is the origin of these meteors?

For another summer, the Perseids are approaching to allow us to gaze in awe at one of the most anticipated meteor showers of the year. This time, this famous astronomical event will reach its peak between the night of August 12th and 13th.

The Tears of São Lourenço, so called because they coincide with the saint on August 10, take place between July 17th and August 24th. However, this year they will not be the only ones to parade across the sky, as they will be joined by the last supermoon of the year, known as the sturgeon moon. 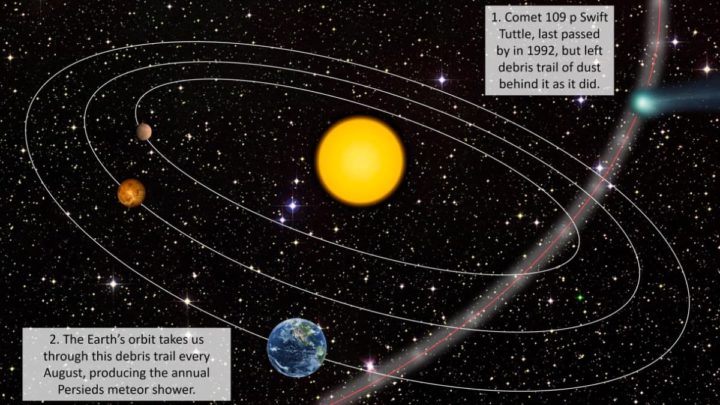 What are the Perseid shooting stars?

The Perseids are considered as a shower of stars. This astronomical event of great attraction coincides with the summer season in the northern hemisphere, which generally offers clear, temperate and, in general, pleasant nights, fitting into most people's vacation period.

This “rain of stars” lights up the night sky of the summer months for over two thousand yearsgiven that it is in this season of the year that the Earth's orbit intersects with the trail of dust and ice particles of tiny size coming from the comet's tail 109P/Swift-Tuttle.

This name was named after astronomers Lewis Swift and Horace P. Tuttle, the discoverers of its presence and orbit on July 19, 1863.

Every year, the Earth passes through this trail and a part of the rock fragments enter our atmosphere, generating the shower of stars. 109P/Swift-Tuttle travels around the Sun, completing one revolution every 133 years, and being its orbit very eccentric - it goes beyond Pluto's orbit - its last pass through the inner Solar System was in 1992.

This trip makes thousands of meteors hit our atmosphere at a speed of over 210,000 kilometers per hourleaving us with the beam of light that has fascinated astronomers throughout history.

These meteoroids (fragments of the comet or asteroid), most of which are the size of a grain of sand, can reach temperatures of up to 5,000 degrees Celsius due to their collision with Earth's atmosphere, which subsequently causes them to disintegrate.

When will be the best time and place to enjoy this event?

Over the next few weeks, but especially on the nights of August 12 and 13, 2022, the night sky will be “pierced”, on average, by 110 meteors per hour from the Perseids. The maximum rate of activity could even reach 200 meteors per hour!

The molecules are thought to dissolve about 100 kilometers above the earth's surface, far away from the observer. Friction with atmospheric gases ignites and vaporizes meteors that emit a great flash in a matter of fractions of a second. Therefore, they are not stars in the true sense of the word, but glowing dust particles, as mentioned above.

To enjoy the rain of stars, it is advisable to go to a dark place, away from the light pollution of cities. Wait some time for your eyes to adjust to the darkness. Avoid places with a lot of trees, buildings or mountains, as the visibility of the astronomical phenomenon can be compromised.

Having found the ideal and suitable place for a fruitful observation, it is time to lie down, wait until at least midnight and direct the observation to the darkest areas of the sky, in the opposite direction to the Moon, normally to the northeast. the best time to contemplate the Perseids will be between 00:00 and the first light of dawn.