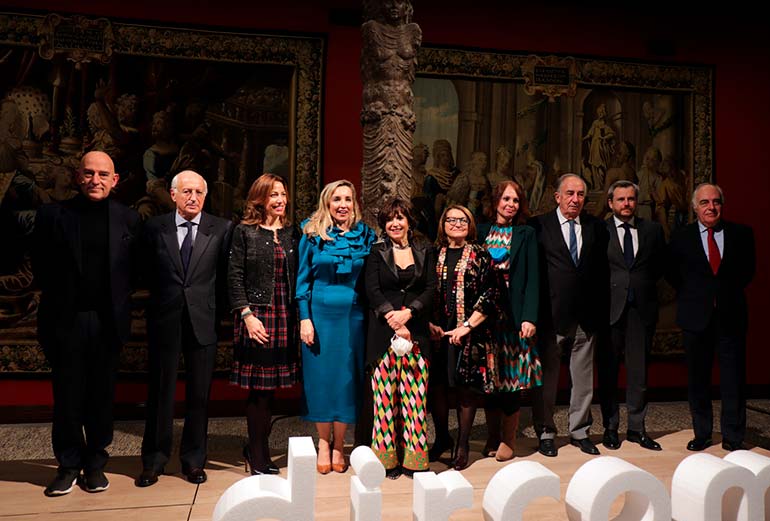 Communication is celebrating in Aragon. The Association of Communication Managers, Dircom, has delivered the Ricardo Pereda Award to the Aragonese company Pikolin this Thursday for proposing a change in the conversation in society, breaking taboos, with communication at the center and highly directed at people. Likewise, it has valued the exquisite construction of its purpose and its transmedia narrative and the passion, delicacy and elegance with which all communication pieces have been built for all channels.

Specifically, Dircom Aragón has awarded the “unjustifiable” campaign for its surprising brand positioning, where a mattress company does not invite you to rest, but rather to find something that “takes away your sleep”, thus becoming the ambassador of a way of living life, active and enthusiastic. With a risky bet, Pikolin shows its differentiation of values ​​and becomes the speaker of a group until now very silenced by society. The Association of Communication Managers in Aragon emphasizes that, in this campaign, Pikolin has dared to give an image and voice to the elderly through real people and not models and has done so naturally and free from harm, turning seniors into an aspirational benchmark. Dircom Aragón has also highlighted the creation of the #parejaapassionada movement that was born in order to end the stereotype that sexuality and passion in those over 60 is a taboo subject. It also highlights the continuity of the campaign that is part of the communication strategy “do something that takes away your sleep”, which has been developing since 2019, working on gender diversity and age diversity.

The Marketing and Communication Director of Pikolin, Ana Robledo, has received this recognition granted by communication managers in Aragon from the hands of Natalia Chueca, Minister of Public Services and Mobility at the Zaragoza City Council.

The jury of this III Edition of the Ricardo Pereda Award has decided to award this year a special mention to Genoveva Crespo, for her professional career and visible leadership, for defending the professionalization of communication and her presence in the management of organizations and for claiming transparency and commitment to society. The president of the Ibercaja Foundation, Amado Franco, and the president of Ibercaja Banco, José Luis Aguirre, have given special recognition to this journalist with a long career both in the field of information and opinion, especially in Heraldo de Aragón where She was editor-in-chief until 2004, as in corporate communication.

The objective of the Ricardo Pereda Communication Award is to distinguish the best communication strategy aimed at improving corporate reputation, giving visibility and reinforcing communication leadership in organizations.

The companies associated with Dircom Aragón are the ones that have proposed the 14 candidatures presented this edition. The jury has been made up of the Board of Directors of Dircom Aragón and two renowned personalities who, on this occasion, have been Miguel Justribó, an Aragonese leader in the world of communication in our country, and María de Miguel, director of the media of CARTV.