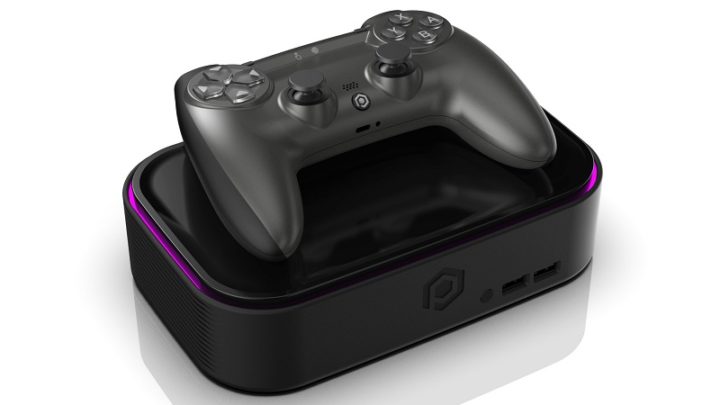 The world advances and we are expected to advance with it too. This means that the technological market, which is constantly changing and evolving, also leads to the emergence of new products, new trends and also different ways of looking at this segment.

In this sense, the concept of Polium One has now emerged, which is basically the first video game console in the world focused on NFT and blockchain technology.

Polium One game console focuses on NFT and blockchain technology

The company Polium announced recently its world's first video game console focused on Web3 games, NFTs and blockchain. It is the Polium One and, although it is still just a project for now, its launch is scheduled to take place in 2024, with the first prototype expected to arrive later this year 2022.

According to the information, the console will be able to run games on different blockchains and also promises to offer significant performance in major titles. On the product page it reads that "the console will be strong enough to run high performance games and will be easy to use by a traditional gamer who doesn't understand Web3".

Anyone interested in reserving this console will have to do so by purchasing the "Polium Pass", which will guarantee a copy on the day of its launch and also allows access to the entire Polium ecosystem, such as NFT profile picture, rewards with playable NFTs, among others. 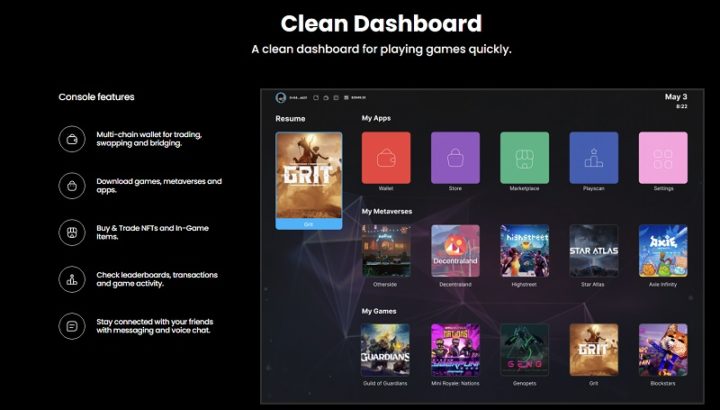 The company claims that the Polium One will support 4K, digital ID recognition, 8K HDR, ray tracing and even up to 120 fps. On the official website, the creator shows that the console's interface will look clean and appealing.

With this equipment it will then be possible "download games, metaverse and apps"; "buy and trade NFTs and in-game items", in addition to having a virtual wallet available to manage transactions.

The controller is similar to the PlayStation or Xbox and has a button to access the virtual wallet, haptic feedback, headphone jack, touchpad and digital ID recognition. 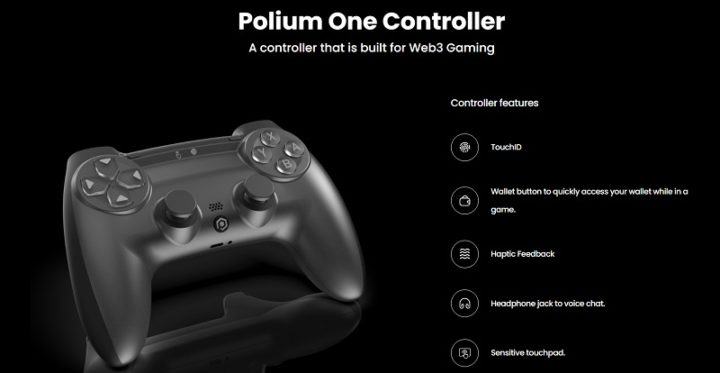 In the channel discord dedicated to Polium One, the company says it has experience in hardware and software development. Furthermore, it states that they will have a "working prototype in November or even earlier". According to the brand:

We will show the prototype live on YouTube or it will be revealed by a very trusted influencer. The prototype will prove that the console can run games that are on different blockchains and created in different programming languages.

Although it may seem like an interesting idea, the reactions to the product on the social network Twitter are not very encouraging. But there's nothing like waiting for the supposed prototype and the official launch to better understand what the Polium One console is like.