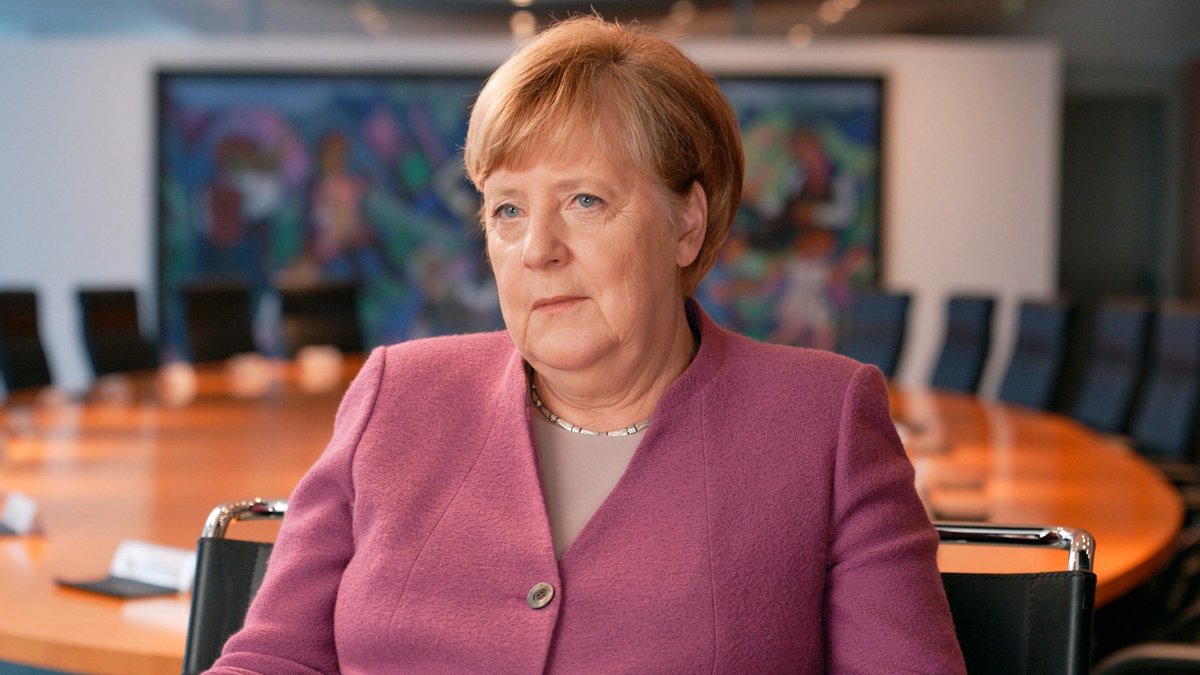 In the documentary TV portrait “Angela Merkel – Im Lauf der Zeit” (Arte/Das Erste), former Chancellor Angela Merkel (67) explains her decisions in the refugee and corona crisis in a few but clear words. Finally, one could say. Because the public relations motto “Do good and talk about it” was rarely followed by the first woman to head the federal government from November 22, 2005 to December 8, 2021. The film by the renowned documentary filmmaker Torsten Körner (56) has much more to offer than recalling the many crises of her 16-year chancellorship.

Contents
“Late Night Lady” and “Outsider”As a “submarine” in the “men’s republic”Little Angela KasnerWhen and where can the film be seen?(ili/spot)

“Angela Merkel – In the course of time” contains passages from two interviews with Angela Merkel, discussions with experts of all kinds, including some critical voices. In between, Körner shows cleverly selected archive material, also from her self-determined departure, as well as exclusive talks with international political greats like Barack Obama (60), who as the first African American US President (2009-2017) sees a clear parallel between himself and Merkel: “We were both outsiders in the politics of our respective countries.”

The Frenchwoman Christine Lagarde (66), who has been the first woman to be President of the European Central Bank since 2019, also answered Körner’s questions and respectfully declared Merkel the “late-night lady who always stays on the ball”. By that she means Merkel’s “strategy” of meeting late and long. Ursula von der Leyen (63), the first President of the European Commission since 2019, also emphasized Merkel’s “strategic patience”.

And the former Prime Minister of the United Kingdom (2016-2019), Theresa May (65), also has something interesting to report: “One of the challenges for women in politics is that the press and the public want you to show feelings. But as soon as you show it, it is interpreted as a weakness.” As the film progresses, Angela Merkel will talk about how she felt when she showed feelings…

As a “submarine” in the “men’s republic”

The above-mentioned political stars and pioneers in their fields, but also other experts, emphasize Merkel’s patience, willfulness and tenacity in the film, as well as her ability to “de-dramatize” and her powers of observation. “She has analyzed and seen through the men and she can wait,” says the chapter “In the Men’s Republic,” in which her path from “Helmut Kohl’s girl” past male competition to power is told.

“If Angela Merkel had ever revealed her ambitions for power, the men would have eliminated her immediately,” explains photographer Herlinde Koelbl (82), who has portrayed and interviewed Merkel since 1991. Instead, the politician was there “like a submarine” and “stepped out of the shadows of the men in good time”. And political scientist Herfried Münkler (70) goes on to explain: “These men have them [Angela Merkel] underestimated for a long time and later became the victim of their own underestimation. And then they would have “cried at the edge of the field”. It was actually very unaesthetic what we experienced there.” Pictures of Roland Koch (63) and the younger Friedrich Merz (66) are shown.

Actor and neighbor Ulrich Matthes (62) adds in this context in a visually stunning way: “Most of them did it themselves and she sometimes looked on with a smile and maybe even pushed her little finger a bit. But that she was the one who stabbed the back with the knife to the left, to the right and then all the cooks of this world were lying by the side of the road… that’s nonsense.”

The chapter “Patterns of Childhood” is also particularly exciting, which tells of the little, blond, all too peace-loving Hamburg girl from tranquil Templin and is illustrated with correspondingly cute children’s photos. “My childhood home was very open to people from all walks of life. And if someone had a problem, was worried or wanted to tell something, then my parents always found time for it,” says Merkel about her father, the charismatic Protestant theologian Horst Kasner (1926-2011) and her mother, the devoted teacher Herlind Kasner (1928-2019).

“She grew up in a household that also took great care of mentally and physically handicapped people in Templin at this Waldhof school,” explains Matthes. And Merkel adds: “That shaped my life because I often spent whole parts of the day with them and I had gotten used to the fact that what seemed strange to many was normal there and that one could also have a lot of fun there could find. Time never stood still, there was always something going on.” Matthes sums it up like this: “She grew up in a colorful jumble of human opportunities.”

When and where can the film be seen?

The documentary portrait “Angela Merkel – Im Lauf der Zeit” will be shown on February 22 at 8:15 p.m. on Arte and on February 27 at 9:45 p.m. on the first one – instead of the talk show “Anne Will” – as well as two each days in advance in the media libraries.