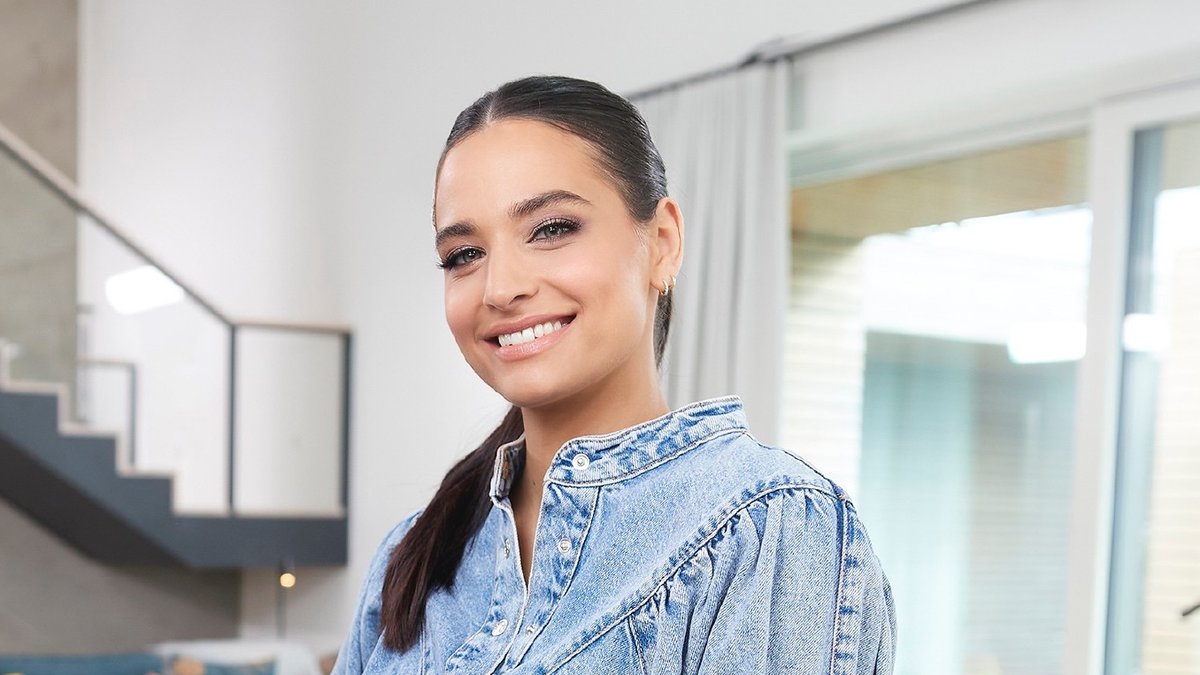 New year, new job! That seems to be the motto for Amira Pocher (29) in 2022. At the beginning of the still young year, she started on Sunday, January 9th as the presenter of the VOX magazine “Prominent!” (11:20 pm). Many know the Austrian as the wife of Oliver Pocher (43). What else you should know about the 29-year-old …

Contents
This is how Amira and Oliver Pocher metAmira Pocher moved out of her parents’ house at the age of 15Amira Pocher lost, among other things, her wedding dress during the flood in 2021She suffers from fear of flying and panic attacksShe has already turned down another major presenter job(jru / spot)

This is how Amira and Oliver Pocher met

In 2016 there was already a spark between comedian Oliver Pocher and the make-up artist, whose name was Amira Aly. The couple met on the dating app “Tinder”. In his YouTube show “Let’s talk, girls” in May 2020, the entertainer spoke about the fact that he had “already used the app here and there” as a single. This is how he finally met his current wife. Amira’s mother, Mirjam, initially had doubts about her daughter’s happiness in love, as she recently revealed in her daughter’s podcast, “Hey Amira!”. She was afraid that another person was hiding behind the comedian’s profile. “At first I was just worried that the date would be real,” she recalled in conversation with her daughter.

Fortunately, the worries were unfounded. Oliver Pocher and Amira initially kept their relationship away from the public. For a long time, the comedian introduced his girlfriend as his assistant. In November 2018, the couple had their love outing. The following year they worked together for the first time – but only once behind the camera. During Oliver Pocher’s participation in “Let’s Dance” in 2019, Amira worked as a make-up artist behind the scenes. In October of the same year the wedding bells rang for the Pochers. They are now parents and have two sons together.

With Oliver Pocher and their children, Amira Pocher finally seems to have found happiness in the family that she never had herself. The 29-year-old grew up with her mother Mirjam and her brother Ibrahim in Klagenfurt, Austria. According to her own statement, there was no contact with her father for 20 years. She only met the Egyptian in 2018. Since her mother was a single parent for a long time, she had to do several jobs to look after her children. The situation was a burden for the family, recalled Amira Pocher in her podcast “Hey Amira!” In December 2021.

But there was also a tense relationship between her and her stepfather, as she revealed for the first time in an interview with “RTL.de” in 2019. “There were often situations in which it escalated and at some point there was simply no other way than to move out yourself,” she revealed. At the age of 15 she left her parents’ home. The make-up artist was then temporarily housed in a crisis intervention center, an aid facility for young people. At the age of 22 she moved to Germany. There she initially kept her head above water with model jobs and commissions as a make-up artist until she met her current husband.

Amira Pocher lost, among other things, her wedding dress during the flood in 2021

The Pocher family was hard hit by the flood disaster in July 2021. In September 2021, Amira spoke for the first time on Instagram about the stroke of fate. During a Q&A, she told her followers that the water had penetrated to the ground floor of her house. “Then I just packed my children and a few clothes and walked barefoot down the street to save us to the hotel,” she remembered the dramatic situation. Pietro Lombardi (29), a good friend of the family, then temporarily left his house to Amira Pocher and her husband and children. The singer spent the night in a hotel.

Not only was the Pochers’ house temporarily uninhabitable. The family also lost important items in the flood, as Amira Pocher told Vanessa Mai (29) on her YouTube show “On Mai Way” in November 2021. Laughing, she explained in advance: “The good thing is that my wardrobe is on the second floor.” So most of her clothes remained intact. Things that the family had stored in the basement, however, were destroyed by the flood. “I had all memories, photos, my wedding dress and baby clothes stored in the basement and that’s all gone.” Unfortunately, attempts to save as much of the sentimental objects as possible were hopeless, she said. Nevertheless, she was grateful that nothing worse had happened.

She suffers from fear of flying and panic attacks

Fans particularly appreciate the moderator for her openness and honesty. Because Pocher addresses topics that are taboo for others. In March 2021, for example, she revealed in a podcast with her husband that she was struggling with mental health problems. Accordingly, the 29-year-old suffers from panic attacks. In conversation with her husband, she remembered driving a car train through a tunnel. “I thought I was suffocating, I was going to die any minute, now it’s over. I got hot and cold, ”she described the terrifying experience on the podcast. In the past, being separated from her children or boarding airplanes triggered extreme feelings in Amira Pocher. The fear of flying only developed after the birth of their children.

In the meantime, the moderator is in behavior therapy, as she later revealed on Instagram. For her, the most important thing is not to “live fearlessly” for her children, she justified the step.

She has already turned down another major presenter job

With her job as moderator of “Prominent!” Amira Pocher is not breaking new ground. In Lockdown 2020 she started the podcast “Die Pochers hier!” Together with her husband and since February 2021 she has also had a solo podcast with “Hey Amira!” In which she talks about lifestyle topics. After she was allowed to sniff the air as a presenter for the first time in “Pocher – dangerously honest!”, In 2021 she received her own program with “Die Superzwillige” on VOX. But another large offer had already fluttered into the house at Pochers.

In August 2021, her husband revealed in the joint podcast that his wife almost became the new host of “Love Island”. Jana Ina Zarrella (45) had previously said goodbye to her long-term moderation job – after all, Sylvie Meis (43) took over the helm in 2021. Amira Pocher was also in discussion for the position. In the end, however, the 29-year-old decided against the format. “It always sucks to follow in someone’s footsteps,” she said of her decision. “They are being dismantled, so I said, I don’t trust myself!” In addition, the show didn’t suit her, she said.