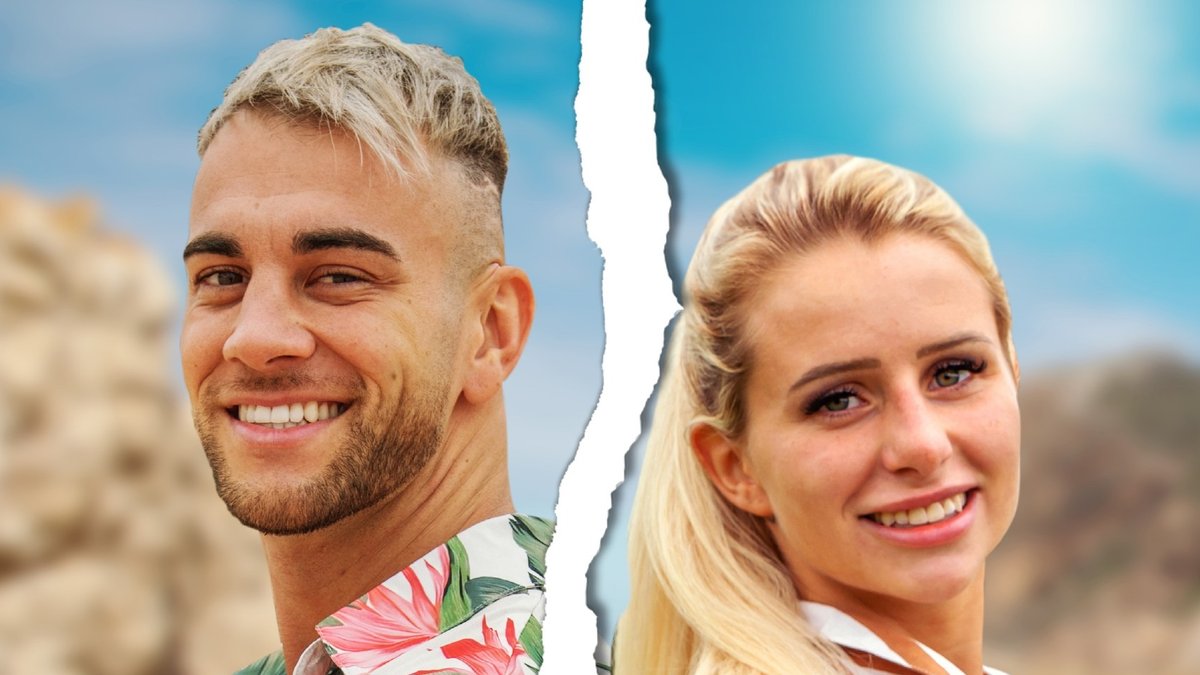 Kick-off for the new celebrity show “Prominent Separate”: RTL will be showing eight episodes from Tuesday (February 22) at 8:15 p.m. (each available on RTL+ seven days in advance). In it, eight more or less prominent ex-couples move into a villa and play together for 100,000 euros. In doing so, they have to prove that they can pull together despite or because of their shared past. What love stories do the duos look back on?

Jenny Elvers, 49, and Alex Jolig, 59, got together after Jolig’s participation in the first “Big Brother” season in 2000. Son Paul (20) emerged from the six-month liaison. Only since Elvers’ divorce from Götz Elbertzhagen (62) and her public fight against her alcohol addiction, according to RTL, have Jolig and his wife Britt had more contact with Jenny and son Paul and are on friendly terms. In “Prominent Separated” Elvers wants to talk about the past and also address unpleasant points.

Doreen Dietel (47) and Patrick Eid (49) met in 1989 in a restaurant in Deggendorf. After some time, Dietel worked in Eid’s company. “She was a mega worker. But we had problems because Doreen was such a bird of paradise. She was young and crazy. I already suffered there: jealousy was of course an issue,” explains Eid in the RTL interview. After about three years they separated. After 15 years, the two got back in touch and believe that they will make a good team on “Prominent Separated”.

Carina Spack (25) and Serkan Yavuz (28) became a couple in 2019 as participants in “Bachelor in Paradise” and then had a long-distance relationship. Yavuz separated from the blonde after a year. She is said to have cheated on him. The argument was public and even a year after their separation, neither seems to have buried the hatchet. Yavuz has now found happiness in love with Samira Klampfl (28), the couple is expecting a child.

Sarah Joelle Jahnel (32) and Dominik Wirlend (30) met in Mallorca in 2018, which resulted in a one-year long-distance relationship. Tennis pro Wirlend commuted between Berlin and Austria, which complicated the relationship between the two. In addition, reality TV actress Sarah Joelle Jahnel lacked seriousness and transparency, she ended the relationship in 2019 after a dispute. Shortly after the separation, the 32-year-old met a new man and had a daughter, Lia. Dominik also quickly consoled himself with a new relationship. However, the physical attraction between the two is still there.

Michelle Daniaux (23) and Gigi Birofio (22) met in 2020 on the reality show “Ex on the Beach”. Only after their participation did the two officially find each other as a couple. The two even made plans to move. But Michelle Daniaux was increasingly bothered by her partner’s jealous and possessive behavior. Finally, after several small incidents and a year of relationship, she split from “Battle of the Reality Stars” contestant Birofio. With “Prominent Separated” it could be exciting for the two, because a love comeback is not excluded. Both explain: “After ‘Prominent Separated’ we are either separated forever or a couple again.”

Meike Emonts (30) and Marcus Muth (36) have an on-off relationship that began in the gym in 2018. Things were up and down through 2020, until Emonts split from her partner just weeks after the relationship test on “Temptation Island.” According to the 30-year-old, the reason for the separation was the lack of change. Although they are currently in sporadic contact, Emonts emphasizes: “There will be no love-hate comeback.”

The former happiness of Cecilia Asoro (25) and Markus Kok (42) threaded Christina Grass (33). In 2019, both ladies took part in “The Bachelor” and became friends. Grass then introduced Asoro to 42-year-old facility manager Markus. The first meeting took place in December 2018 and the two got together in February 2019. After nine months of dating, they went their separate ways. The two Düsseldorfers haven’t quite finished with each other yet: “We always have good contact for three days and then we block each other. And then he just stands in front of my door,” explains Asoro. The two reacted to each other “like fire and fire”.

Lena Schiwora (25) and Robin Riebling (26) have long been considered the “Temptation Island” dream couple of the first season, who even got engaged on TV. But in 2021, the 25-year-old influencer ended the lockdown-damaged relationship after seven years. Then she looked for a new love on “Love Island”. Her ex-partner is hoping for a love comeback from the two Oberhauseners: “My heart is still with Lena and it will stay that way for the time being. I’m in the mood for a new adventure, but when it comes to love, I’ll keep my feet still for the time being.” With the “Prominent Separated” participation, the two want to prove that you get along well with your ex and can be a team.