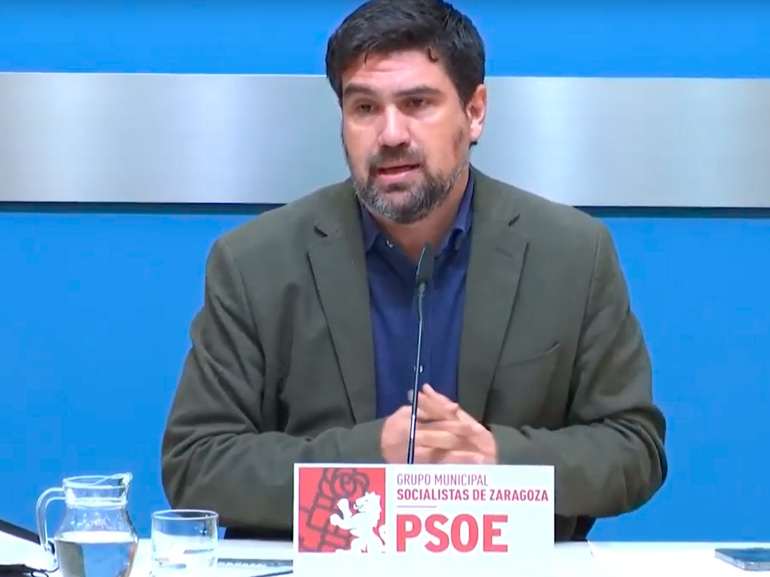 The socialist municipal group in the Zaragoza City Council has shown this Tuesday its dissatisfaction with the management by the city government of several issues related to two of its areas, Citizen Participation and Urban Planning. Specifically, the councilor for the formation, Horacio Royo, has referred to the remains found in the surroundings of Plaza Salamero and that could be related to the birthplace of the Goya family. «This is information that has never been provided by the Zaragoza City Council. And, the worst thing is that they did not notify the General Directorate of Cultural Heritage “, has affected Royo.

“What we understand is that this has to do with the rush that the city government may have to cut the ribbon in Plaza Salamero before the electoral board prohibits any type of inauguration,” he added.

Similarly, the group has also set their sights on the idea of ​​demolishing the convent of Santa Inés, next to the Imperial Canal. “The Government brought on November 15 a proposal to grant a demolition license, but without saying exactly what it was about. He did not say that it was a property that was located within the protection range of the Canal and on which, in addition, an administrative file has been initiated to declare it an Asset of Cultural Interest. The Minister of Urban Planning did not transfer any information to Cultural Heritage ”, explained Royo.

“We are facing an attitude that shows an enormous lack of rigor and an enormous degree of improvisation. There are signs on the part of this Government that beyond the headlines and easy photos, there is very little work being done and working poorly ”, he insisted. The PSOE has presented a question that occurred in the Planning Commission on Thursday to report on these two “extremely serious” events.

On the other hand, in the field of Citizen Participation, the councilor has criticized that, after the suspension of the patron saint festivities by the Government of Aragon due to the health situation, at the time “it was indicated to the district boards that they could allocate the money from that item to other investments. However, he insisted, “the Azcón government, far from allocating that money to investments by creating a specific item for the boards to manage, has increased by 200,000 the urban planning item for urban regeneration.”

Along these lines, Royo has insisted that it is one more example that “this government conceives participation as a retrospective participation, that is, it is convened only to report what has already been done, not to ask for an opinion.”