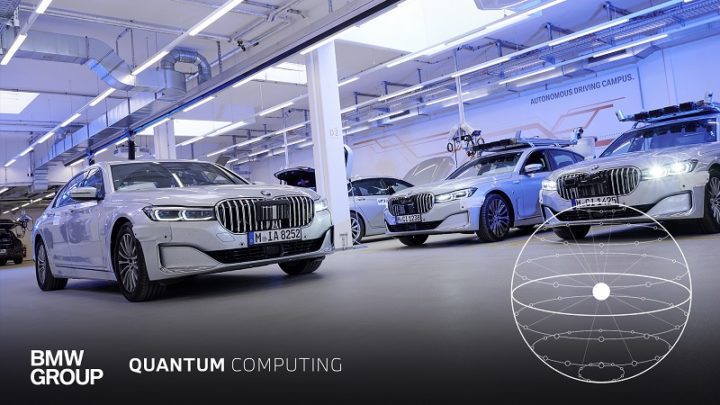 The technological world is constantly changing and, as a rule, they are evolutionary changes, with novelties that contribute to a significant advance in our experience, as we know it today.

Well, but nothing like concrete examples to prove this same thesis. In this sense, the latest information indicates that quantum computing solved a BMW problem in just 6 minutes.

At Latest news indicate that quantum computing company Quantum Computing Inc. (QCI) gained prominence after having managed to solve an optimization problem proposed by BMW. The process was called the Vehicle Sensor Placement Challenge (VSPC) and, in order to solve it, it was necessary to indicate the ideal positioning of the vehicle's sensors, taking into account the total amount of 3,845 variables and 500 restrictions.

But quantum computing once again shined in this challenge and managed to solve a complex problem in record time. More specifically, the technology solved this complex BMW problem in just 6 minutes, thus being able to offer 70 times the performance achieved by the quantum implementation in the same problem in 2021.

These kinds of problems turn out to be too complex to be solved by a traditional computer. And even if you tried, it would be a task that would take a long time and might not even be effective. Therefore, when it comes to correctly placing the sensors in an autonomous car, this is a process that demands the same efficiency, given its complexity and the huge number of variables, such as the chassis design, the absence of obstacles, the weather conditions, car weight distribution, etc.

In these processes there are always several trials and errors, and everything starts from scratch in each of the cars where it is applied. As such, time is money and the speed of these sensitive and fine tasks, as well as their effectiveness, are the fundamental factors. So, QCI solved this car brand situation in just 6 minutes and still got the best possible solution. The quantum computing company provided a solution consisting of 15 sensors, which provide 96% vehicle coverage. 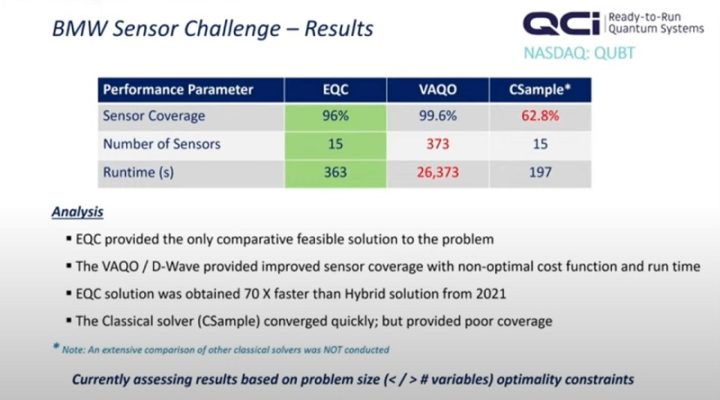 One of the fastest quantum systems

Quantum Computing Inc indicates that their system is one of the fastest. This is called Entropy Quantum Computing, and eliminates the requirements of a near-perfect environment where quantum bits, or qubits, operate. As such, it is indicated that the process significantly reduces the costs of design, installation and operation.

In short, through this QCI system, the computer adapts to changes in the environment, saving time and costs. According to Bob Liscouski, CEO of QCI: "We are very proud to have achieved what we consider an important result in the evolution of quantum computing. We believe this demonstrates that innovative quantum computing technologies can solve today's real business problems. What is even more significant is the complexity of the problem solved. This was not a rudimentary problem to show that quantum solutions will one day be viable, this was a very real and significant problem whose solution could potentially help accelerate completion in the autonomous vehicle industry.".