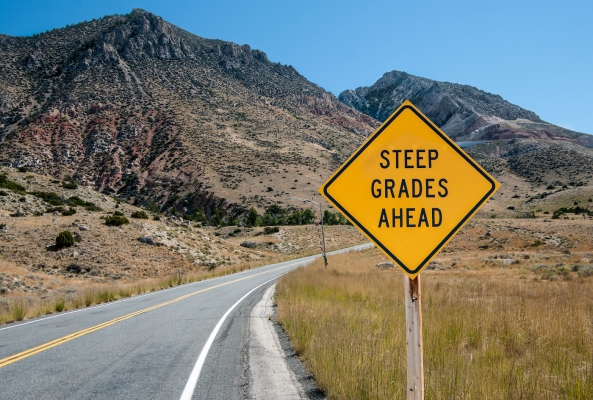 Shanea Leven is co-founder and CEO of CodeView, a developer platform that helps developers and development teams better understand codebases.

It’s a bold and even blunt statement — one I made in a recent thread speculating what’s to come in 2022 for women startup leaders like myself.

As one of the few black female CEOs in the developer tools space, I am often asked to comment on big, technology-centric collective social issues. It’s a lot to carry, but I realize the value for all of us in raising these issues and my voice when I can. Still, while I would like to be able to offer decisive answers, I have many questions.

In the world of technology, we look forward to being part of the next digital product that benefits from pioneer status and shapes what’s to come at an industry level. This is especially relevant with regard to the search for capital. And while we’ve witnessed some impressive transformations in the developer tools space, with VC-backed funding following suit, I sometimes worry that we run the risk of confusing technological growth with the social progress we really need. Women are still behind. Why?

There are some great female developer founders such as Nora Jones at Jeli, Window Snyder at Thistle Technologies, Edith Harbaugh at Launch Darkly, and Jean Yang at Akita Software, to name a few. There are also some amazing female angels and VCs. These are women I consider leaders in the industry – those who overcome barriers to donating or seeking funding while remaining authentic to who they are.

Despite those of us trying to make a name for ourselves in development tools, the reality is that the development tools space is predominantly led by white men. For those of us who don’t meet these gender and race criteria, simply thriving requires more attention to detail, energy and time than is often sustainable.

We need to set a level by recognizing the current ways in which women must struggle to thrive. We need to ask some tough questions.

The fight to be taken seriously

We want to be able to raise funds from other people who look like us, right? But many female investors are struggling just as much to be taken seriously as the founders they want to support. If we’re all facing the same social constraint – struggling to prove our legitimacy – we’re probably maintaining the same risk aversion.

This creates an invalidation cycle in which female investors take less risk, particularly when it comes to investing in female founders, and accumulate less funds than men. How can we break this cycle?

Limited partners should support more female VCs, and funds should offer women the same graces and latitude as men. Female VCs should be promoted into partnerships, where they will be able to write significant checks quickly.

I have personally witnessed the extraordinary results of empowered angels and VCs connecting with others to support female founders; the community and sense of brotherhood they inspire have the potential to change the industry. That’s what we need to grab hold of and climb on.

Today, there is a widespread belief that women are less aggressive in the process of confirming a round, both as founders and VCs. As a female founder, I have been told that male colleagues are able to commit larger funds, more quickly – that women appear to be more risk-averse, generally moving slower through the process and requesting less.

So what is causing the break among women? It’s probably the most obvious answer: we are, in fact, facing a greater risk of rejection in the funding process. We also tend to have fewer connections to the VC community, where the “VC rules” – what to do, say, and how to act – are often confusing and counter-intuitive. Nothing like clear guidelines on how to write good code.

The fight against numbers

Imagine you have 1,000 potential investors and only 10% of them focus on companies that offer technologies like yours. So, only 2% of them invest in companies at their stage and 5% of them share their same philosophies – and you can only access another percentage of them. Now imagine that you are entering these discussions with the understanding that, ultimately, we are people making presentations to people, so you must “click” on an interaction that is usually very brief.

You will be committed to doing business with this investor for the next decade or more. So while you’re trying to navigate the numbers – the odds against you – you’re also trying to figure out a VC’s history, personality and perspectives. How were they burned before? Can we empathize with their past business and assure them that our business is a worthy investment… all in 30 minutes or less?

So how can women successfully fight for funding?

The simple answer: we cannot do this alone. Like most professional ventures, the search for funding is ideally enhanced by a social network. While I wish I could say that women intrinsically have everything they need to excel in the world of venture capital, I believe we need allies and support beyond basic networks and across gender and race.

We need everyone interested in the game to join the fight for women, with attention focused on the challenges faced by women of color. We must recognize the potential danger for female founders and investors in working with a survival mindset and provide them with the training and guidance they need to enter into funding discussions that are practiced, prepared and able to speak on behalf of a company with greatest strength.

Simply put, we need to trust the ability and potential of women at both ends of the business, with no strings attached.

And so, my final question for founders and investors everywhere: are you willing to join our fight?