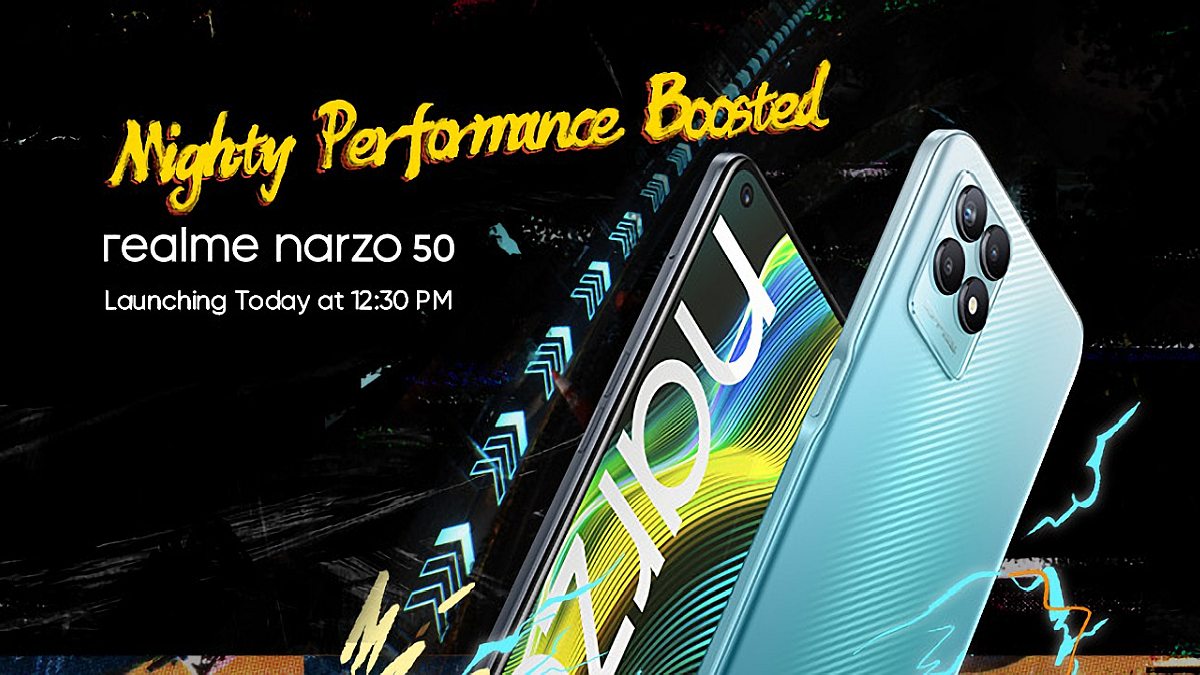 The Realme Narzo 50 India release date is set for today (February 24). The brand has set up a dedicated microsite for the phone’s arrival in the country and plans to hold a live event at 12:30 pm today to launch the phone. This will be the third smartphone in the Realme Narzo 50 line and the device arrives in India five months after the Chinese company launched the Realme Narzo 50A and Narzo 50i in the country. Realme has confirmed that the upcoming Realme Narzo 50 will be powered by a MediaTek Helio G96 processor and will sport a 120Hz refresh rate display.

The upcoming Realme Narzo 50 will feature an octa core MediaTek Helio G96 SoC under the hood, the company has confirmed. Previous leaks have suggested the smartphone will ship with a 6.6-inch Full-HD+ IPS LCD screen, and the company has revealed that it will come with a 120Hz refresh rate on the microsite for the Realme Narzo 50. Realme also claimed that the smartphone will feature dynamic RAM expansion, allowing the utilization of unused storage as virtual memory to increase performance.