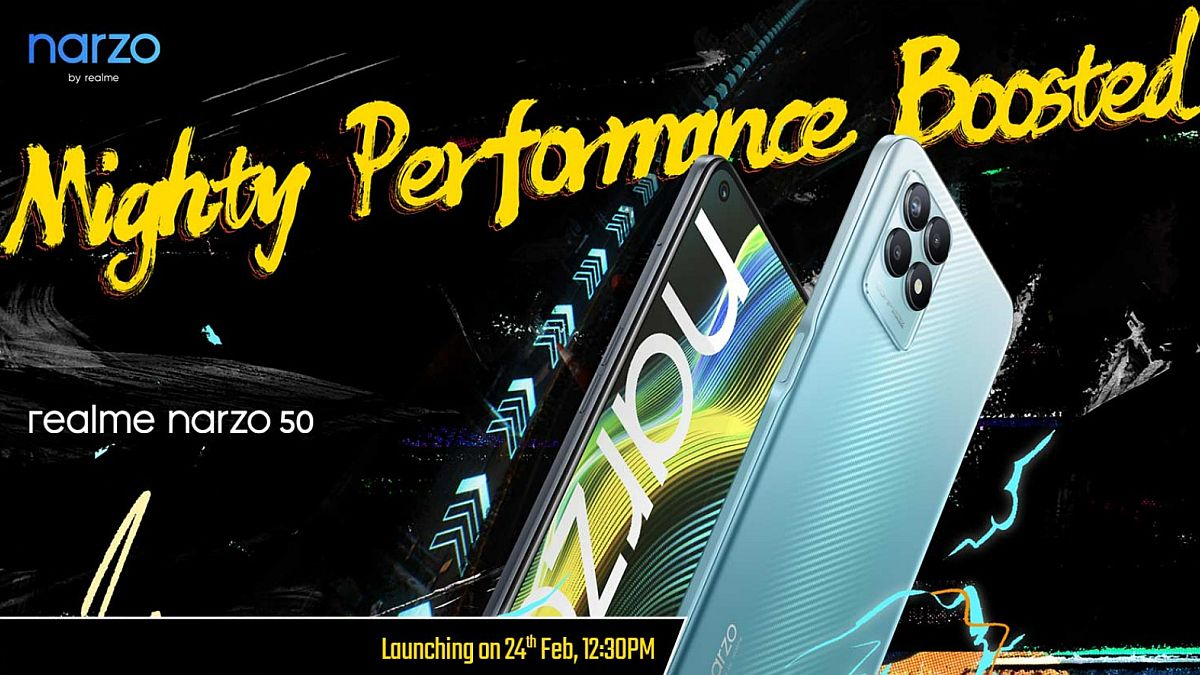 While the company has yet to officially announce pricing details for the Realme Narzo 50, the smartphone is expected to cost Rs. 15,999 for the 4GB+64GB storage model while the 6GB+128GB storage variant costs Rs. 17,990 The smartphone may launch in Speed ​​Black and Speed ​​Blue color options, and Realme previously confirmed that the upcoming Realme Narzo 50 will be available for purchase via Amazon.

according to one report per RMLeaks, citing tipster Yogesh Brar, the upcoming Realme Narzo 50 will run on Android 12, with Realme UI 3.0 running on top. It can sport a 6.6-inch Full-HD+ IPS LCD screen with 120Hz refresh rate. According to microsite, the Realme Narzo 50 will be powered by a MediaTek Helio G96 SoC under the hood. It will be equipped with up to 6GB of LPDDR4X RAM.

The Realme Narzo 50 smartphone will offer up to 128GB of UFS 2.1 storage along with a microSD card slot. The smartphone should also run on a 5,000mAh battery, with support for 30W fast charging. However, Realme has yet to confirm pricing and specifications of the smartphone ahead of its February 24 launch.