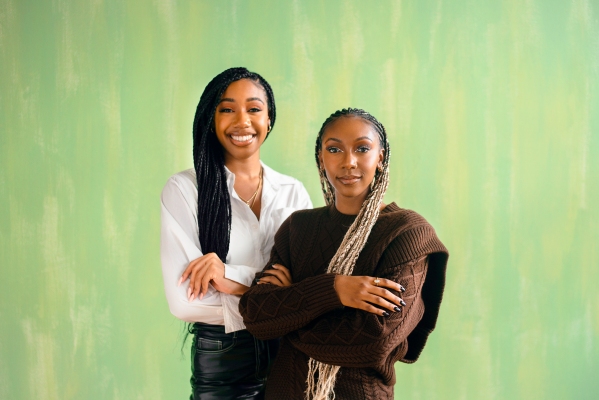 This morning Regroup, a hair-focused startup based in St. Louis, announced it has raised $1.4 million in a pre-seed round. M25, a venture company with a geographic focus on the Midwest, led the financing event. Ahead of its pre-seed round, Rebundle raised what the CEO and co-founder Ciara Imani May described as a six-figure donation and other undiluted capital in an interview with Ploonge.

Rebundle creates and sells hair extensions made from plant-based materials. My knowledge of hair extensions is modest, but May guided me through a few key points. First, the market is both big, and varied, with numerous price ranges from low cost (plastic-based products) to expensive (human hair). And second, plastic extensions can irritate your scalp.

May had a focus on living more sustainably before founding Rebundle, she said, and was aware of the irritation plastic extensions can cause. What your startup has created has the potential to remove plastics from the product, helping customers feel better, and limit waste, helping the environment.

To create its product, Rebundle uses banana fiber as a core material in extensions that it sells in a variety of colors. Notably, the company is building new production facilities in the United States rather than offshore.

Manufacturing brings us back to the funding round, which the CEO said will be used to invest in both his team and his supply chain. Rebundle was depleting inventory in an hour or less before raising more capital, which meant previous funding sources were too small to scale properly. Enter venture capital.

Rebundle is a DTC company, selling their products through their website. I asked May how many times a year someone who wore hair extensions could exchange them for a new set. She said up to five times a year. This means that Rebundle is selling what appears to be a repeat purchase physical good through its own channels. The gross margin profile of the extension market is unclear to us at this time, but the potential regularity of extension sales makes Rebundle an interesting business case.

Recall that mountains of venture capital were invested in the DTC model for products that didn’t have a recurring hook, an experiment that had mixed results.

On the obvious issue of his product signatures, the co-founder was opposed to sharing details, only allowing there to be “room to play around” with the idea. Extension customers today, she explained, typically don’t buy product subscriptions. If Rebundle can scale its onshore manufacturing and introduce a recurring service into its product mix, I wouldn’t be shocked to see the company ramp up again this year.

You probably won’t need to. The company’s CEO told Ploonge that its latest round was compiled with an ongoing close, but that the capital will provide at least 18 months of lead and maybe a little more. So there’s probably not a short-term need for more funds on Rebundle, although not needing cash has certainly not slowed many startups from getting more capital when offered.