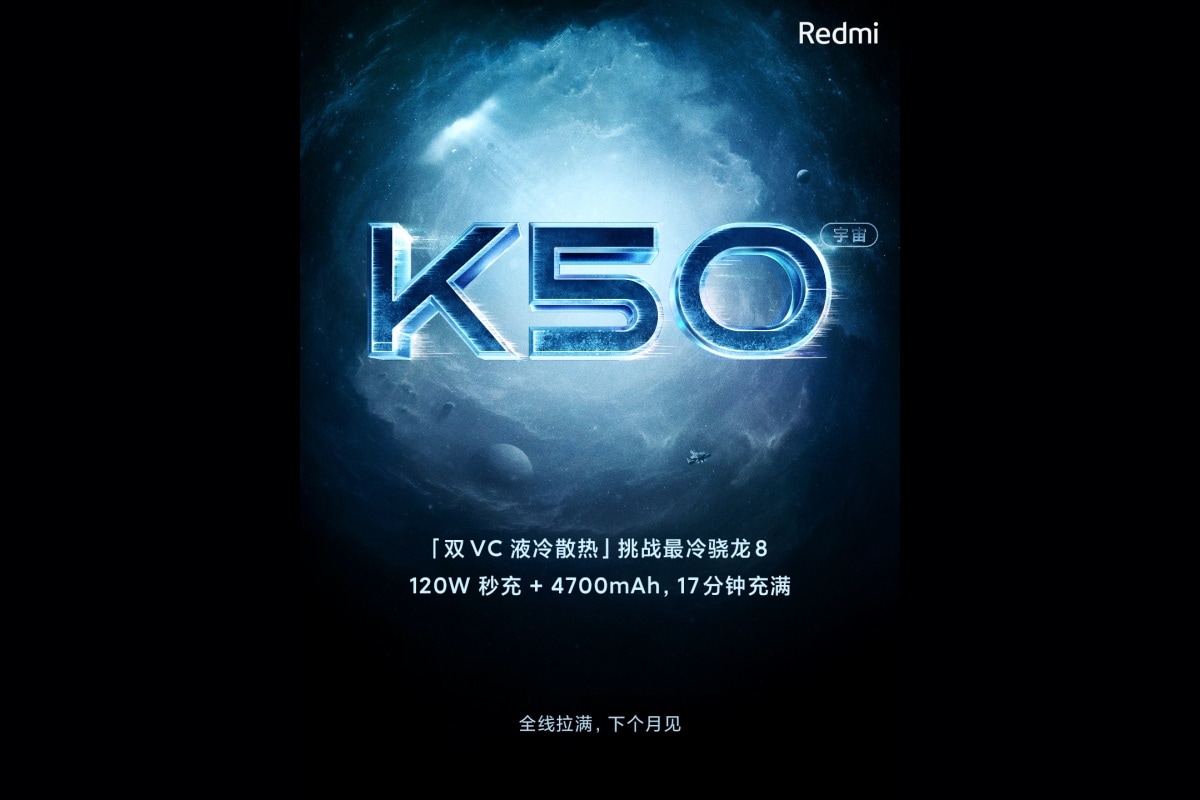 According to a Weibo publish by Redmi, a smartphone from the Redmi K50 series will be released next month. The post also mentions that the smartphone has been codenamed DreamPhone and will be powered by the Snapdragon 8 Gen 1 SoC. The upcoming smartphone will also have dual VC liquid cooling. The Redmi K50 series handset comes with a 4,700mAh battery with support for 120W fast charging, which can fully charge the battery in 17 minutes.

Tipster digital chat station shared on Weibo that the Redmi K50 Gaming Edition could be the first of the Redmi K50 series to launch in China. The insider also mentioned that the smartphone will be powered by the Snapdragon 8 Gen 1 SoC. Smartphones with MediaTek Dimensity 8000 / Dimensity 9000 technology will arrive some time later and will be positioned above the Snapdragon variant, according to the insider.

A Redmi K50 series smartphone too was seen on Geekbench. The smartphone is listed as Xiaomi 22021211RC and has multiple listings on the benchmarking site. The smartphone’s single-core test scores ranged from 850 to 963 points, and the multi-core test scores ranged from 3,012 to 3,156 points. The listings show a Qualcomm processor codenamed ‘Munch’, paired with 12GB of RAM. The device is listed to run Android 12.