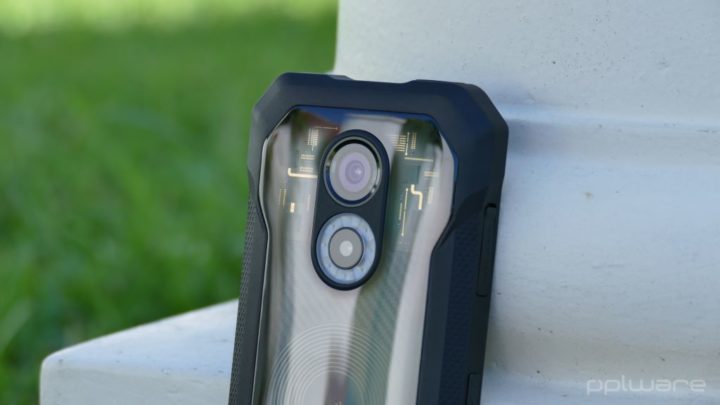 Having a robust smartphone is a necessity for many people with dirtier jobs or more accident-prone conditions, or for the more adventurous or distracted. Doogee is one of the manufacturers that stands out in this segment and today we bring the analysis to the Doogee S61 Pro.

In addition to all the specifications that make it a rugged phone, there is also a concern from the manufacturer to offer a smartphone with a design that turns out to be switchable and distinct from the competition.

The Doogee S61 Pro, framed in the rugged phone segment, has just hit the market. It features a MediaTek Helio G35 processor, with 6 GB of RAM and 128 GB of internal storage. The battery has a capacity of 5180 mAh and has 10 W wired charging.

Its screen is 6.0" and HD+ resolution, with a generous bezel around it. In this case, the camera and speaker are positioned above the screen.

The front camera is 16 MP with f/2.0 aperture. The camera module positioned at the rear has a 48 MP main camera and a 20 MP night vision camera.

The Doogee S61 Pro is a robust smartphone and hence its dimensions. The structure combines rubber, plastic and metal.

The sides are covered in a rubberized material that reaches to the back, at least to the cover that can be replaced. Yes, although this is a robust smartphone, with all the associated certifications, this smartphone allows you to remove part of the back cover.

In these cases we received the model with a transparent lid that lets you glimpse some details of its interior. This cover can be replaced with other styles such as dark wood imitation, carbon fiber or matte black. 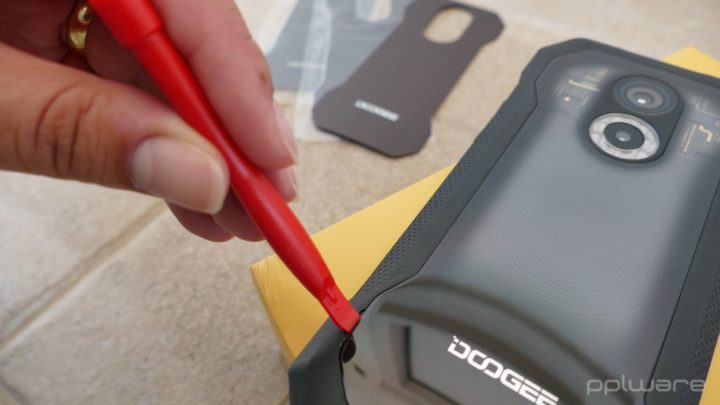 In the box comes an accessory that helps in removing the cover and all around there is a glue that guarantees its fixation, as well as preventing the entry of water.

On the left side there is the card slot, with space for two nano SIM cards and a microSD, without having to give up any of the cards. There is also a button that can be configured to access quick actions. On the other right side there is the volume button, power and the fingerprint sensor. At the bottom there is a speaker and the USB Type-C port, properly protected. On top is the 3.5mm audio input, also with its protection.

Finally, at the rear, in addition to the prominent part of the covers that can be changed, the position of the cameras is also very interesting, with the sensors in the center, in a relatively large module and the secondary camera is surrounded by LEDs, which can work as a flashlight. more powerful compared to traditional smartphones, as a flash for photos, and even in case of alerts in which it is necessary to emit light signals as a call for help.

The Doogee S61 Pro's display is at the level of what is expected for the range. The resolution is HD+, but even so, there is a good definition of contours and the use in environments with incidence of direct sunlight is not impaired. 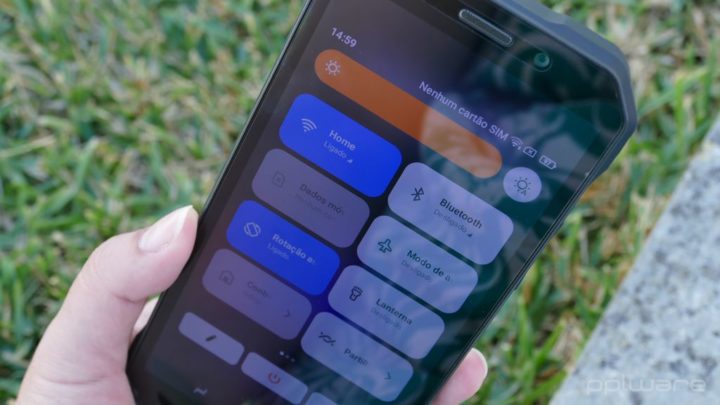 The performance of the Doogee S61 Pro

The Doogee S61 Pro comes equipped with a MediaTek Helio G35 processor, with 6 GB of RAM and 128 GB of internal storage, and brings Android version 12.

The interface is customized by Doogee, however, in addition to the specific features that take advantage of the sensors and their robustness, it doesn't bring many extra applications besides Google's.

Highlight for the space for children, where applications and usage times can be defined, and the Games Zone. There is also the practical Launcher that offers a simple-to-use interface, with large access menus for essential apps, such as contacts, calls, messages or cameras.

The smartphone has performance that meets the demands of this range of rugged phones. It is fluid in most tasks, however, there is a noticeable slowness in switching apps, especially in the most demanding ones.

The cameras correspond to expectations given the range in which they belong. We are talking about a 48 MP main camera and a 20 MP night vision camera. 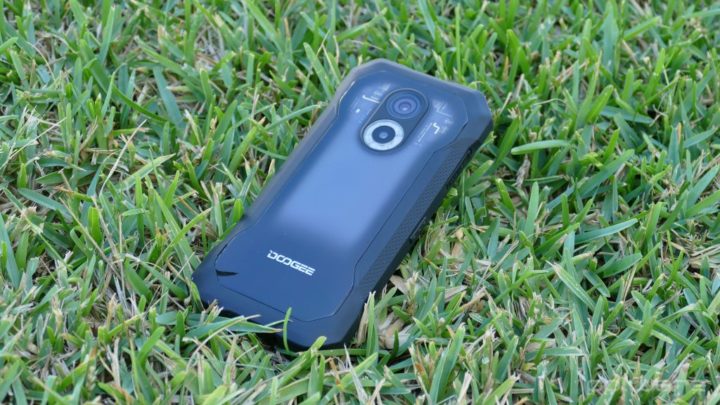 It is this second one that allows you to capture images in total darkness, which can be useful for nature explorers or in specific works, where capturing images in weaker lighting conditions may be essential.

The app dedicated to the camera is simple to use, with quick adjustments positioned at the top and the modes at the bottom, next to the shutter. The available modes for still and video capture are: Photo, Video, Night Vision, Portrait, HD, Night Mode, Dynamic Photo, Professional Mode, Panorama, Slow Motion, Elapsed Time and Smart Scan.

Here are some examples:

The robustness of Doogee S61 Pro is proven by IP68, IP69K and MIL-STD-810H certificates. This is a machine that has passed the tests of resistance to immersion in water, water jets, extreme temperature variations, drops, dust... and a few more associated tests.

The autonomy of 3 days with moderate use is guaranteed, based on tests done on Pplware. But it can be higher if more demanding resources are not used, such as the camera, GPS or games. 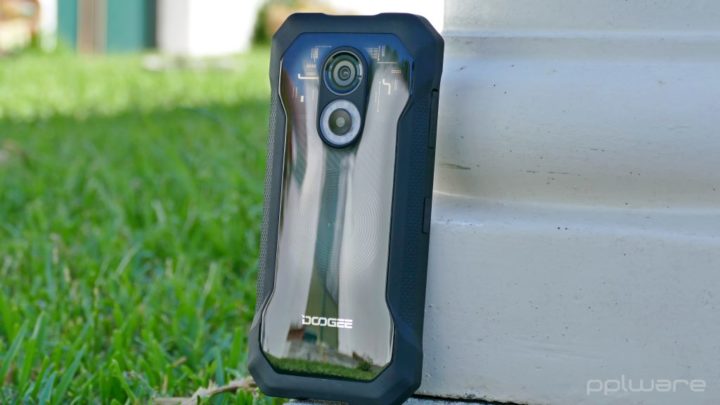 Switching back covers makes this robust smartphone a standout factor as design details tend to get overlooked in this type of product.

Photo capture does not stand out from the competition, but relatively good results are still achieved in different environments.