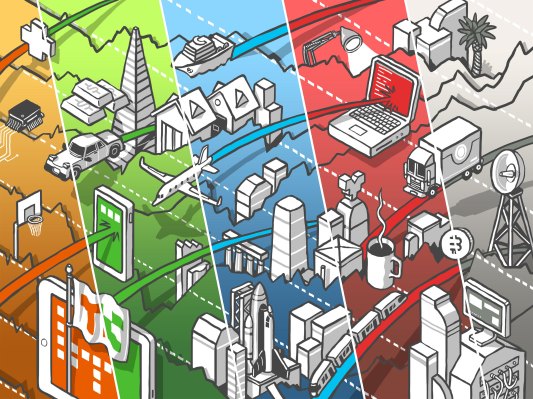 Welcome to Ploonge Exchange, a weekly newsletter about startups and markets. is inspired by Ploonge+ column daily where it gets its name. Want it in your inbox every Saturday? Sign up here.

Welcome back to the world of work friends, I hope you survived the return to your desk in good standing and are warm and healthy. The current COVID case boom is a huge drag, but maybe this is the last year we’ll have to drag ourselves back to productivity under the specter of blockages, mass death and no hugging. Hope so.

Regardless, today we have a lot of fun things that should keep your mind off the state of the world for a few minutes.

Starting today, let’s talk about Liquid Death. The excellently named company Woods thirst with Water, hence its name. That really is the company in a nutshell. Liquid Death sells canned water, a business around which it created an anti-plastic stance and an overall heavy metal vibe. It’s cool.

But Liquid Death also raised $75 million this week, which makes me wonder why everything is so expensive to build these days. Why does a water company need to raise an entire pre-seed fund in a single investment? What do you need the money for? Search? It’s selling water!

A few years ago, there was a general perspective that it was cheaper than ever to build a startup. With off-the-shelf software, cloud computing, and modern fintech backends, putting together the building blocks of modern business was becoming faster and less expensive. In addition to the high costs of hiring software developers, it looked like startups would be able to do more with less.

And still. Startups are making more money than ever before. The exchange is diving into the VC data next week, but it’s clear that venture classes and startups are still moving funds with great glee. So much so that Liquid Death has raised more than $130 million so far, by Crunchbase data.

Square the circle of lowest start-up costs and mega-rounds for me if you can. Are we seeing marketing spend being raised through equity sources? If so, that makes me a little worried!

(Note that Liquid Death can be an amazing business, with great margins and a lovely economy; I don’t know its numbers. But why does it need $75 million if it’s in such good shape? What are we missing here?)

At the bottom of the notes documents, a brief note on Level. Level is a company I covered in February 2021. The company had just closed a $1.5 million work round that we described as bringing “credit to workers who may not be able to get it from traditional sources, using their current income of freelancers working to support the advance.”

It was a cool model, as asset-on-cash-flow lending is a little silly in a world where many people work but don’t live asset-rich lifestyles. (This is a polite way to insult NIMBY boomers, of course).

Anyway, Level raised another round in late 2021, this time a $7 million Series A. Anthos Capital led the financing, with NextView Ventures and other early inventors also investing the cash. The capital came after the company increased its size by “10x”, according to its own data.

What I find most notable about Level’s news item isn’t that the company has raised more money – rather that its set of goals is super big. Per the company, wants to build a “financial OS for micro-enterprises”.

I like this because small businesses are not the kind of businesses that get a lot of attention from traditional financial institutions. Fintech should be, in my opinion, a method of applying technology to break down barriers and bring more value to more people. Level seems to be working along these lines while building a venture-ready business. Tidy!

In the wake of news that a16z has raised $9 billion in new funds for ventures, growth and investments in biotechnology, it’s easy to forget that there are also smaller funds on the market. And some that are quite new, actually.

on the biotechnology front PsyMed Enterprises is busy raising a $25 million fund, the first closing ($8 million) of which is in the bank. I spoke with the group on Friday to delve a little deeper into their model.

First, the basics. PsyMed has three investor partners: Dina Burkitbayeva, Greg Kubin and Matthias Serebrinsky. As you can discover from your first fund size goal, it will invest in the front side of things in the psychedelic medical space, along with some related areas. The group is not new to working together, having previously formed an investment group using AngelList technology to invest around $15 million to date.

Some thoughts on PsyMed. First, I’m excited that we’re pushing the boundaries of what we’re testing for medical use. The modesty in my home country prevented this type of work, to our detriment. Second, the biotechnology investment space is interesting to me as companies founded go public long before what we usually see in, say, the enterprise software market. So you can see more about companies, faster and more often.

For venture capitalists in biotech companies, this can also mean earlier liquidity possibilities than what is often seen in today’s unicorn era.

Talking to Burkitbayeva, Kubin and Serebrinsky gave me the impression that we are approaching a confluence point in terms of regulatory, scientific and medical progress that could unlock many new treatments for some complicated human affairs. Things like PTSD, treatment resistant depression, and my favorite substance use disorder.

All of which is to say I’ll keep an eye on where the group puts its new fund to work and how quickly they can propel early-stage pharmaceutical startups into public markets. Here’s the read on more biotech S-1s this year and next, I suppose!

And that’s what I have for now – don’t forget that Equity It’s back to your regular thrice-a-week cadence for the next week, so I’ll be chatting with you on your podcast app of choice in no time! Hugs!