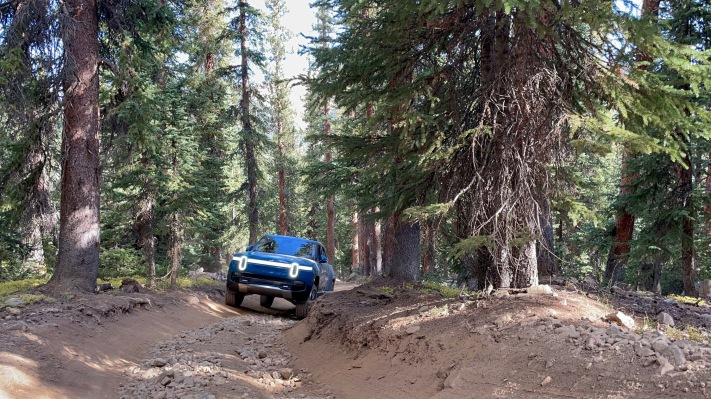 U.S. electric carmaker Rivian said on Monday it produced 1,015 vehicles in 2021 — a number that is in line with expectations the company cut back last month.

Rivian has delivered 920 vehicles by the end of 2021, according to a statement released on Monday. Rivian has more than 71,000 “pre-orders” (i.e., refundable reservations) for its R1T pickups, according to its letter to shareholders posted in December.

Rivian initially aimed to produce 1,200 vehicles by the end of the year. Last month, company executives, including CEO RJ Scaringe, cut those expectations, saying they would likely fall a few hundred vehicles short due to supply chain issues and battery production challenges.

During his December earnings call, Scaringe referred to the production as a complex orchestra on two occasions.

“By augmenting a production system like this, it’s, as I said before, a really complex orchestra,” Scaringe said. “So you have hundreds of suppliers supplying thousands of parts, thousands of robots inside the production facility operating to prescribe movements, and then thousands of team members assembling and working to assemble the vehicles.”

Despite this reduced target, Scaringe noted during the call that the company is “accelerating largely as expected.”

“Battery restriction is really an artifact of just creating a highly automated line,” he said in December. “And as I said, this poses no long-term challenge for us. We have a second line that is coming that will put the production of battery modules far ahead in terms of capacity from the other areas of the plant.”

As Rivian races to ramp up production, automakers GM and Ford are preparing to launch their own electric pickup trucks. Ford said on Jan. 4 that it will nearly double the production capacity of its upcoming F-150 Lightning electric pickup truck to 150,000 vehicles a year by mid-2023, in response to customer demand. First deliveries of the F-150 Lightning pickups are expected in spring 2022.