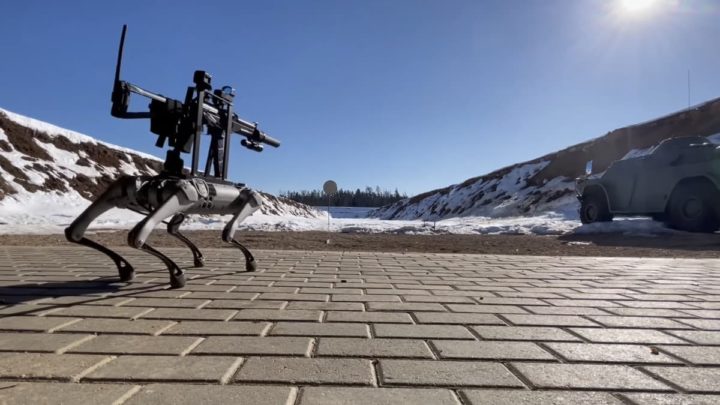 We have already seen that Spot-type robots can be an auxiliary aid in many areas. It can be a firefighter, a pastor, a technician in car factories, help in hospitals and even patrol the streets. There is an offer from several brands for this type of robot and it is starting to be an “easy access” equipment. As such, even carrying a gun to guard the perimeter of a property and firing “at will” is a small step.

In a video, in a way revealing a reality not too far away, we can see one of these robots with some surveillance autonomy and full firepower.

A video of a robot dog firing with a machine gun mounted on its back became viral on twitter this weekraising concerns about whether we are actually using technology in the right direction.

When Boston Dynamics introduced and began marketing its Spot robot, it showed a whole new world for these machines. They can walk, climb, have the strength to pull weights, carry different loads and even have sensors that can be used for a variety of purposes.

However, the company remained adamant about the use of weapons in its technology. But, of course, it didn't take long for someone to put this idea into practice, as we can see in this video below:

According to some information, the person responsible for the video has two units of these robots and is a fan of both robotics and military equipment. As such, Atamanov ended up merging his two interests into one project and, allegedly, ended up making a very dangerous toy.

As you can see in the video, the robot dog carries Russian Special Forces insignia and is not very good at dealing with the recoil generated when the weapon is fired. Atamanov will be perfecting the equipment he will use to patrol and guard his property. It remains to be seen if these robots will not "mistaken" the owner for the thief.

If this is a Russian with some worrying creativity, the Americans have done something similar too. The company Ghost Robotics created a killer robot dog in 2021. 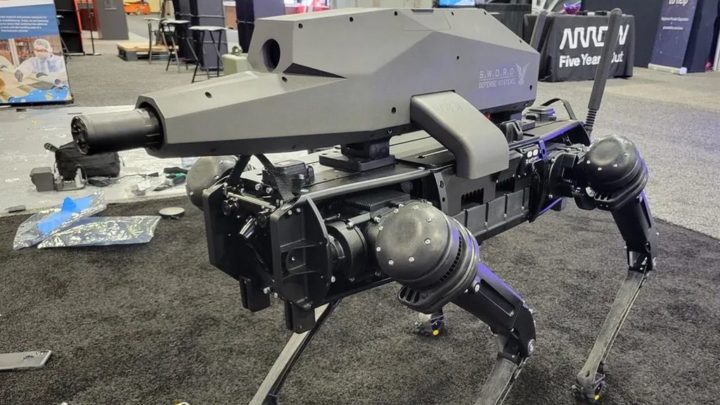 At the time, controversy was high and the project, named Special Purpose Unmanned Rifle or SPUR, which was equipped with a 6.5 mm Creedmoor rifle, had the mission to patrol a programmed area night and day thanks to a set of sensors. .

The truth is that the technology already exists today to turn peaceful robots into lethal weapons and target human beings.