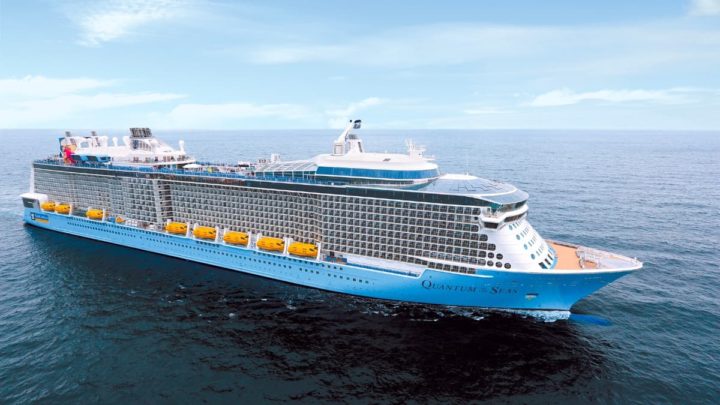 The Starlink service is a satellite constellation development project whose purpose is to bring the internet to any part of the planet. As such, the company that owns the space network, SpaceX, is now making its service available to customers who may be on the go. Initially popular for caravans, the truth is that this network may soon be available to passengers aboard Royal Caribbean cruise ships.

Contents
Starlink coming soon to cruise shipsStarlink does not yet have FCC approval for this type of use.

This decision and authorization request from the American regulator, the FCC, comes after airlines have already made agreements with SpaceX to have WiFi on board their planes.

In a lawsuit with the Federal Communications Commission (FCC) on Friday, the Royal Caribbean Group said it wanted to be able to offer Starlink service on its cruise fleet.

We believe we have identified a true next generation solution for our ships.

Said John Maya, vice president of the company, in an information addressed to the FCC, released by the PC Mag.

Reportedly, this is the first cruise ship company to file a request with the FCC to provide Starlink internet offerings on their ships. Regarding the air transport segment, Hawaiian Airlines and the exclusive jet company JSX have already made agreements with Elon Musk's company to offer passengers Internet in flight. In fact, the company Delta Airlines is testing the equipment.

Starlink does not yet have FCC approval for this type of use.

Despite the agreements, the FCC has not yet approved Starlink for use in moving vehicles. As such, Royal Caribbean urged the FCC to quickly approve SpaceX's request to operate Starlink on ships, trucks, planes, and other modes of transportation.

We believe that our work with SpaceX, the first of its kind in the cruise industry, will set the standard for other cruise operators and will mean a leap forward in terms of guest experience and commercial operations while at sea.

Wrote Maya in the information sent to the FCC.

Breaking news! Royal Caribbean ship, Freedom OTS has got a set of #starlink dishes onboard and the system will undergo testing soon, as quoted in a post by Singapore Cruise Society. 📸: Facundo Giacobbe/SCS pic.twitter.com/Xc6eRBNKf8

Royal Caribbean says it has a total of 24 ships, but it's unclear from the FCC file how many ships will have Starlink to begin with.

SpaceX in May launched a Starlink service option designed for caravan owners that costs $135 (about €130) a month.

However, in addition to this information on the website, Elon Musk also tweeted that the service should not be used on the move:

Starlink does work on vehicles in motion, including planes, but not yet reliably

What we do know is that in the case of the equipment made available to Ukraine, Musk said that the energy consumption had been adapted so that the service was used in vehicles through the cigarette lighter port.