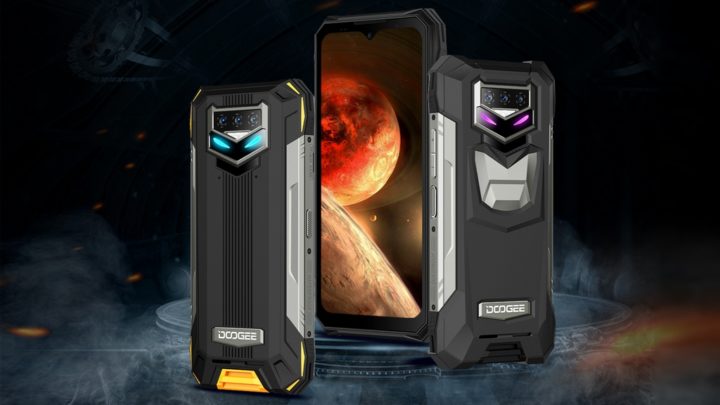 Doogee is already a reference brand in the segment of rugged smartphones, rugged phones and is preparing to put another proposal on the market – the Doogee S89 Pro.

The Doogee S89 Pro features all the certifications associated with typical rugged smartphones, it has a 6.3″ FullHD screen and a 12000 mAh battery with 65W charging… but there’s more.

O Doogee S89 Pro is the brand's new smartphone, in the rugged phone segment, which will be officially launched on August 22nd.

The Doogee S89 Pro model features a massive 12000mAh battery and 65W fast charging. The manufacturer points out, however, the design as the main highlight, with a note next to the cameras inspired by the eyes of a robot with RGB light, allowing the creation of unique light patterns that interact with the notifications received on the phone.

In addition, it comes with the usual water, dust and drop resistance certifications: IP68, IP69K and MIL-STD-810H.

The processor is a MediaTek P90 has 8 GB of RAM and 256 GB of internal storage, with the possibility of expansion up to 512 GB with a microSD card.

The manufacturer also highlights the dimensions that, considering the size of the battery, are not small at all. It weighs 400g, which already weighed the S88 model with a 10000 mAh battery, and is 1.94 mm thick.

The new Doogee S89 Pro smartphone will be launched on August 22nd, the date on which a great launch discount campaign begins. Thus, from the 22nd to the 26th of August, the S89 series will have a 50% discount, with the Doogee S89 Pro model for about €285 (VAT included) and the Doogee S89 model for about €250 (VAT included). There will also be an additional €10 coupon for the first to make the purchase during this period. Until then, you can participate in the hobby in progress on the official page.

It can be purchased at official stores on AliExpress or Doogee Mall.