Recently a youtuber created a Raspberry Pi giant and functional and now the plates pi were used for the opposite purpose: to create one of the smallest functional keyboards in the world. The keyboard was built by a user of the hackaday called TECH.IST and has a size of just three coins side by side.

This project started because the user was having trouble finding a mini keyboard for use with wearables and small computers. After spending some time looking for models and not finding one with the size he needed, TEC.IST decided to build the smallest keyboard possible himself.

For the construction he used a Raspberry Pi Pico glued directly under a PCB, thus allowing him to start delimiting the keyboard areas. In total the hackaday user got install 59 keys in an area with a size of 51 by 21 mm, thus managing to create an extremely small and fully functional keyboard. 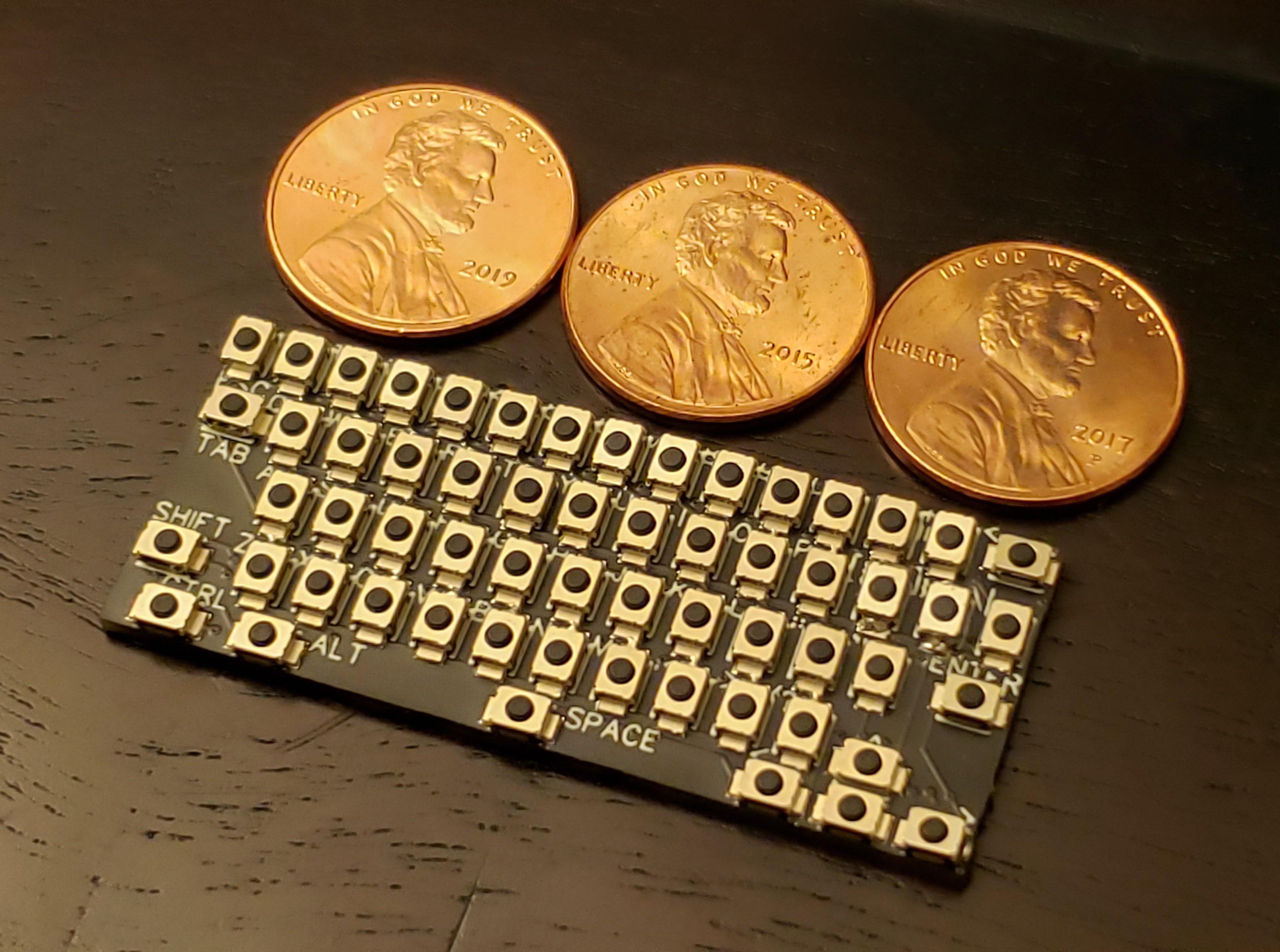 However, because of the size, the use of the peripheral is not the best, because typing has to be done with the fingernail and can cause wrong clicks with the finger. As pointed out by PCMag, although not the best solution for writing for long periods, the user-built device can be quite useful in some situations.

The manufacturing cost is also not very high, with those who are interested in using it not having to spend more than US$ 20, R$ 110, to buy the PCB board, the switches and the Raspberry Pi Pico, which is responsible for handling the decoding of the key array and also offering a USB connection solution.

The entire project, necessary files and component list for creating this keyboard can be found this page of hackaday posted by user TECH.IST. He also recorded a video showing how to make the peripheral, once assembled, become fully functional.