The group Kalashnikovin association with the Russian state company Rosoboronexport, which carries out imports and exports, is ready to commercialize the KUB-E Kamikaze war drone in the international market. The war drone was tested in real combat situations in Idlib, Syria, and it has already been confirmed that the Russian army will receive the first models of the vehicle.

The drone was first presented at the IDEX-2019 international event, which took place in Abu Dhabi. The Kamikaze drone impresses by being particularly small and highly silent, due to its electric motor. he is able to carry up to 3kg, and has a flight autonomy of up to 30 minutes, with a maximum speed of 130km/h.

As the name suggests, the Kamikaze drone, inspired by the Japanese suicide attack that took place during World War II, was designed not to return to base. It was developed for attack missions against buildings, or vehicles with protection and is capable of flying at high speeds close to the ground, to avoid traditional air defense systems.

According to information provided by the DefensePostthe company Zala Aero worked together with the Kalashnikov group to create a system capable of simultaneously launching 15 Kamikaze drones at a time. 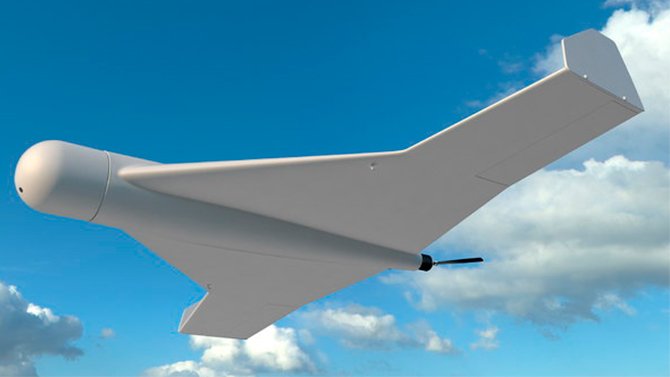 In the video below you can see how the launch system designed by Zala Aero for the KUB-E Kamikaze drone from the manufacturer Kalashnikov works. The drone is launched through a catapult system. At the end of the video, we can follow the missile tests carried out by the drone, hitting a target in an isolated field.

Russia is not the only country making warlike investments in drones, with China and the United States also participating in the race. The MQQ-25 drone is a vehicle in the testing phase that will be used to fuel fighter jets in mid-flight, with the intention of drastically increasing the autonomy of missions carried out over long distances.