Today, we tech fans and journalists are still debating whether foldable smartphones will be the future apple waits for the market’s reaction to know if it will follow through with the plans of the foldable iphone. But Samsung is not waiting for anyone and has already registered a patent for a model double folding! That’s right: one cell with folds like a billet (most practical example that came to my mind).

Samsung filed patent for the new foldable in 2021

Despite the revelation of the images patent only appear for now, the registration was made in July 2021, a month before the launch of the new line Galaxy Z (which presented the models Z Fold 3 and Z Flip 3). In the patent image it is possible to see that the future foldable smartphone (if released) will not have a “back screen”, as in the Z Fold. The model’s front screen when “closed” will be the right part of the screen when unfolding the smartphone. At the back there will be space for the S Pen, held by magnets. Shall we play imagine? the line Galaxy Z serves to serve those who want the mobility and practicality of the smartphone with the most professional features of a tablet. This dual fold will have an even bigger screen than the Z Fold, maintaining this market of “half tablet, half cell phone”, but being an option for those who want a folding device with a larger screen. As a letter in the alphabet has already ended, this dual fold will probably be (if produced) a third model in the line Galaxy Z. Z Flip, Z Fold and Z Dual Fold. 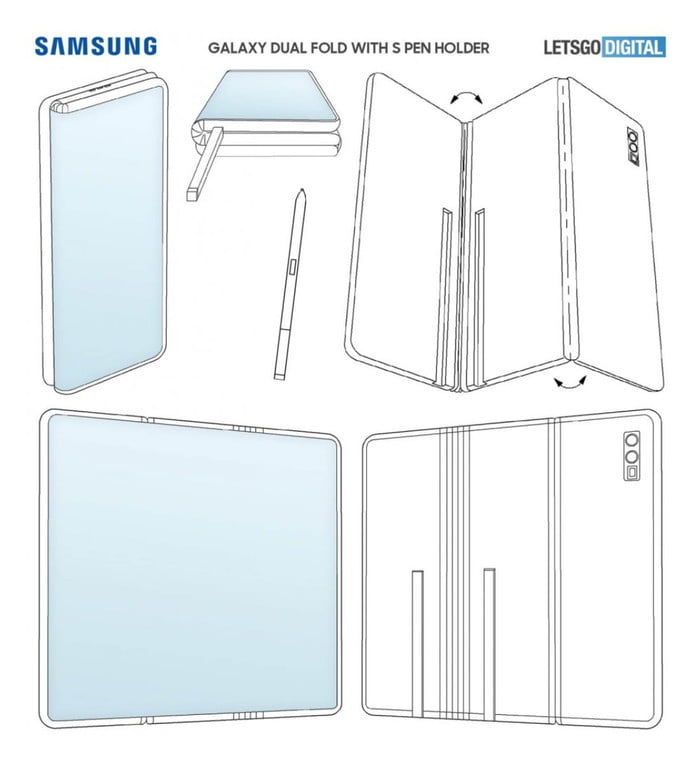 The top of the line smartphone Galaxy Z Fold 3 is sold in two models. The version with 256 GB of storage arrived at R$ 12,799, while the Z Fold 3 with 512 GB went for R$ 13,799. Prices are obviously quite high. But those who buy can expect a more resistant cell phone than previous versions. It comes with three 12MP cameras on the back and has the SoC Snapdragon 888 with 5G.