Samsung announced this week at CES 2022 its new portable projector dubbed “the freestyle”. The projector promises to take video and audio content wherever the user is, as it can turn almost any surface into a TV screen.

With a compact design, Samsung’s new portable projector allows rotation up to 180 degrees. This allows users to display high quality video virtually anywhere – desks, floors, walls or even on ceilings – without the need for a separate screen, which is especially useful for tight spaces.

“The Freestyle is unique. It’s the ultimate in versatility and flexibility to meet the changing lifestyles of consumers. Without limiting space and format, The Freestyle is a fun and versatile device that can be used in any way consumers prefer. “.
— Simon Sung, Executive Vice President and Sales and Marketing Team Leader for Samsung Electronics’ Visual Display Business 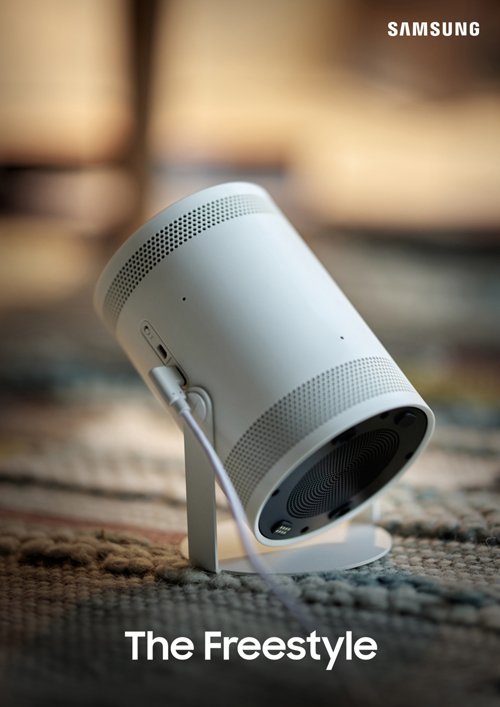 The new The Freestyle portable projector offers Smart TV features available through Samsung’s Tizen platform. In addition, it has built-in streaming services and also supports mirroring and streaming features compatible with Android and iOS based mobile devices. Samsung also says it is the first of its kind to offer support for “far-field voice control”, which basically allows users to choose different voice assistants when using the device.

Regarding specs, The Freestyle can project content sized equivalent to 30, 55, 65, 75 and 100 inch screens with a resolution of 1920 x 1080 (Full HD) and a maximum brightness of 550 lumens. It comes with support for HDR10 and HLG, film mode, auto focus, Auto Motion Plus, Contrast Enhancer, Dolby Digital Plus and integration with the Bixby assistant. The projector features a 360 degree speaker with 5W of power and connectivity options include support for Wi-Fi 5, Bluetooth 5.2, HDMI port with eARC and USB Type-C port.

Pricing and Availability of The Freestyle Portable Projector