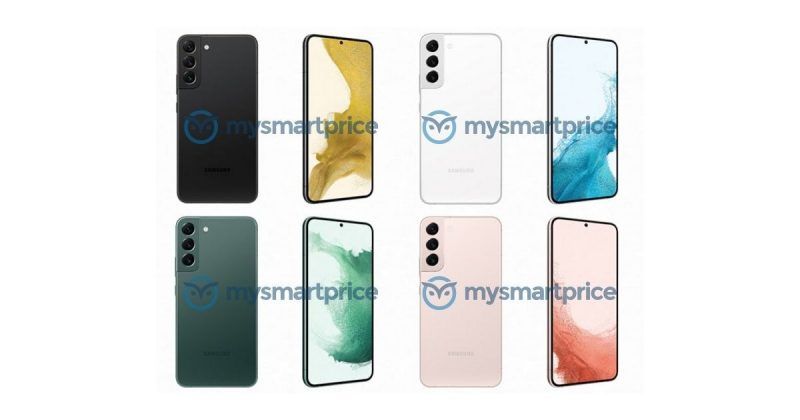 Along with the basic version of Samsung’s new flagship generation, new Plus and Ultra models await you in the coming months. A new message comes especially to advance fans of the Samsung Galaxy S22+ benefit. It is intended to disclose the colors in which the smartphone will come onto the market. While some details about the technical features of the model were already known, the community had to wait for this information so far.

Samsung is expected to unveil its new flagships in February. You should be able to buy them a little later. The South Korean hardware and software developer has so far hardly released any official information to the public. However, some leaks about the Galaxy S22+ and the other models still fell into the hands of industry insiders. From time to time, this also includes render images that provide an in-depth look at what the company is planning for the coming month.

The well-known leaker Ishan Agarwal sent a collection of such images to the MySmartPrice magazine. They should show the Samsung Galaxy S22+ in all its color variants. If you believe the exclusive tip of the 18-year-old tech enthusiast, the new smartphone will appear in the following colors:

Specs of the new Plus model

While Agarwal exclusively shared his information with MySmartPrice, others have been circulating for quite some time. The Samsung Galaxy S22+ is said to have a Dynamic AMOLED 2X display with a refresh rate of 120 Hertz and HDR10+. Its screen diagonal is said to be around 6.5 inches (1,080×2,400 pixels) and the Corning Gorilla Glass Victus offers the necessary screen protection.

Since the developer himself has hardly published any official information so far, all of this information is initially without guarantee.

Only that the Galaxy S22 release should be announced at the beginning of February, reports the Korean daily newspaper Digital Daily, citing the Samsung group.