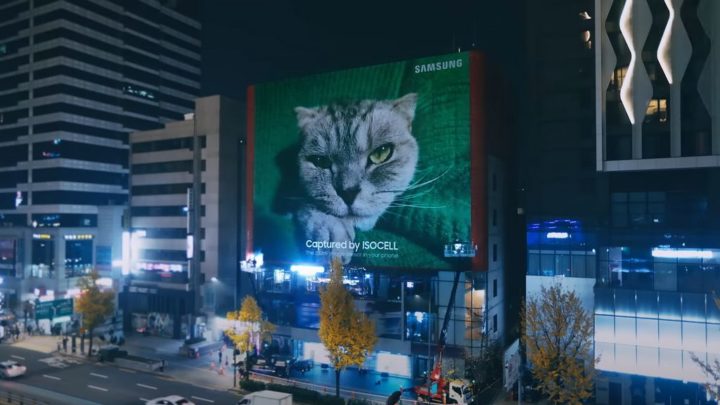 The 200MP ISOCELL HP1 sensor from Samsung was created to equip smartphones, with unique characteristics in the segment, but which is not yet being used in any model of the manufacturer. In fact, it was expected that it had already arrived with one of the models of the Galaxy S22 version, but that did not happen.

Still, this powerful photo sensor that is being improved for a next version has now been taken from the mobile universe to capture an incredible image that was printed on an area of ​​616 square meters.

Samsung presented its 200 MP sensor at the end of 2021. It was expected that Xiaomi would debut it, after it came with the S22 Ultra, but so far no manufacturer has put it on their smartphones.

The latest rumors put it on a Motorola smartphone and there is also some information that shows that an improved version could arrive to equip the Galaxy S23 Ultra.

Since there is no real evidence of the quality of this sensor, Samsung put it to work to show the world its potential. Thus, the module was used outside of any smartphone to capture a huge photograph that was then printed in an absolutely impressive dimension. This image of a cat was printed on a 28 x 22 meter canvas.

I always wondered how big it would be possible to go when it comes to printing a 200 MP image.

How to capture and print a 200 MP photo?

According to what is described, the camera module was placed on a test board, instead of an ordinary smartphone. The photographer first checked the screen and adjusted the composition. Then engineers modified the settings to optimize exposure and focus.

After observing the cat's movements, the film crew used different methods to take a series of photos.

The composition of the printed photo was made from 12 printed squares with 2.3 meters in length, sewn together, to reach the result that you can see in the image below.

The final advantage of the 200MP image sensor is that it allows users to capture an image that can be enlarged and cropped without compromising image quality. The 200 MP image sensor will soon also become the ideal solution for 8K video recording.