THE Samsung revealed all about the new smartphones in the series Galaxy S22 and Galaxy Tab S8 during the Galaxy Unpacked which it did on February 9, to show all that its new devices have in technology, the company made an infographic detailing better each detail of the models.

The images shared by the company do not bring news about the features of the devices, nor do they show any news regarding the promotional videos or the product detail page. But even so, they help a little to see some details and features present in the devices.

The main product presented by Samsung in the last Galaxy Unpacked it was the smartphone Galaxy S22 Ultrawhich is its newest top of the line and brings concepts from the series Galaxy Note for the series. As we already know, the device brings several cutting-edge features, such as SoC Qualcomm Snapdragon 8 Gen 1 or Exynos 2200 (in some regions of the world), but in the art the company details some other specifications, such as the colors and cameras of the device: 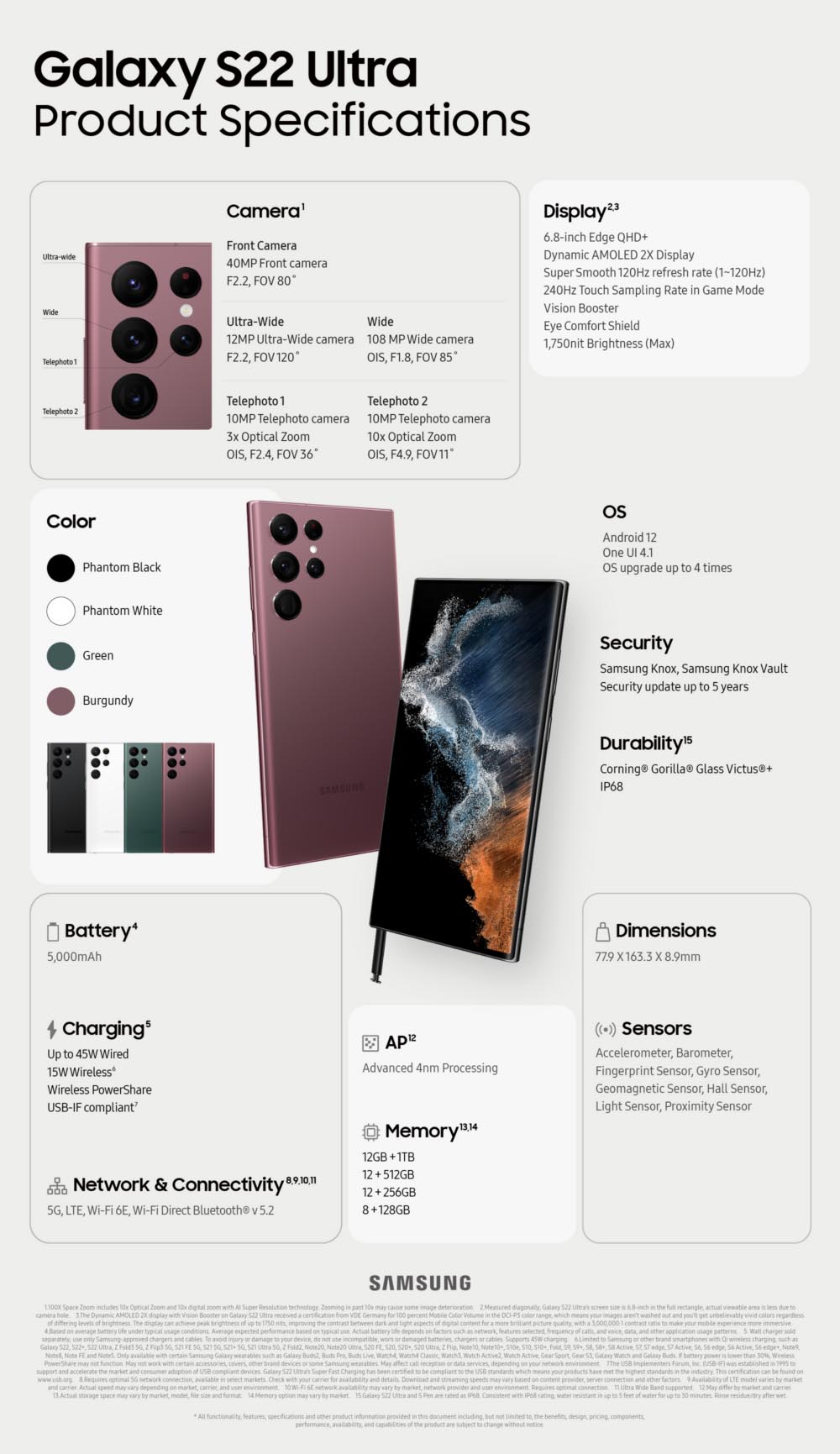 Completing the company’s new family of smartphones, it also presented the Galaxy S22 and S22+which also bring high-end specifications like the Ultra version, but with a more classic look from the family Galaxy S: 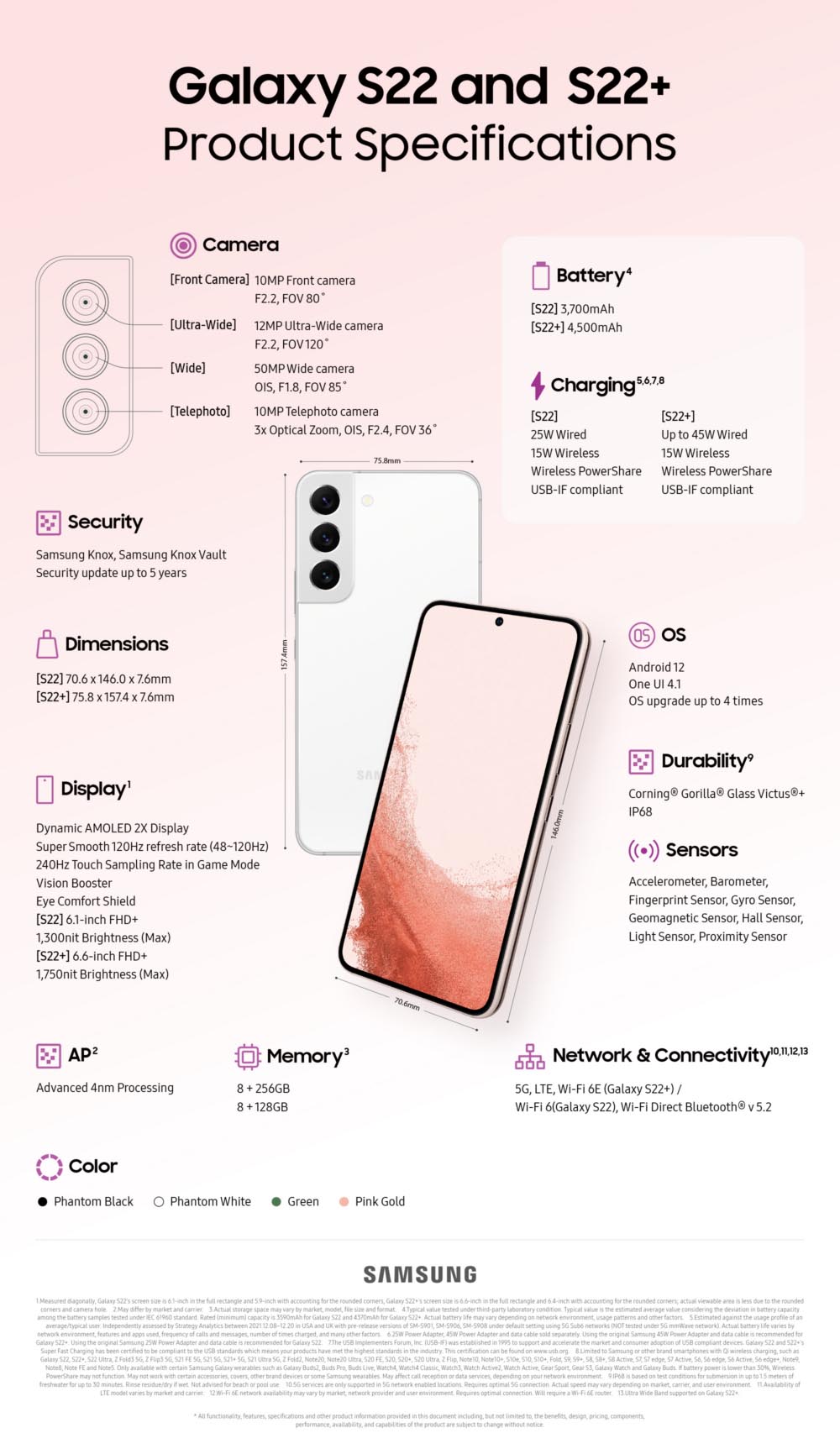 Along with the new smartphones S22the company also presented its new line of high-end tablets Galaxy Tab S8. The three models in the series quite impressive features, with the highlight being the Tab S8 Ultrawhich is one of the largest tablets in the world, with a 14.6-inch screen: 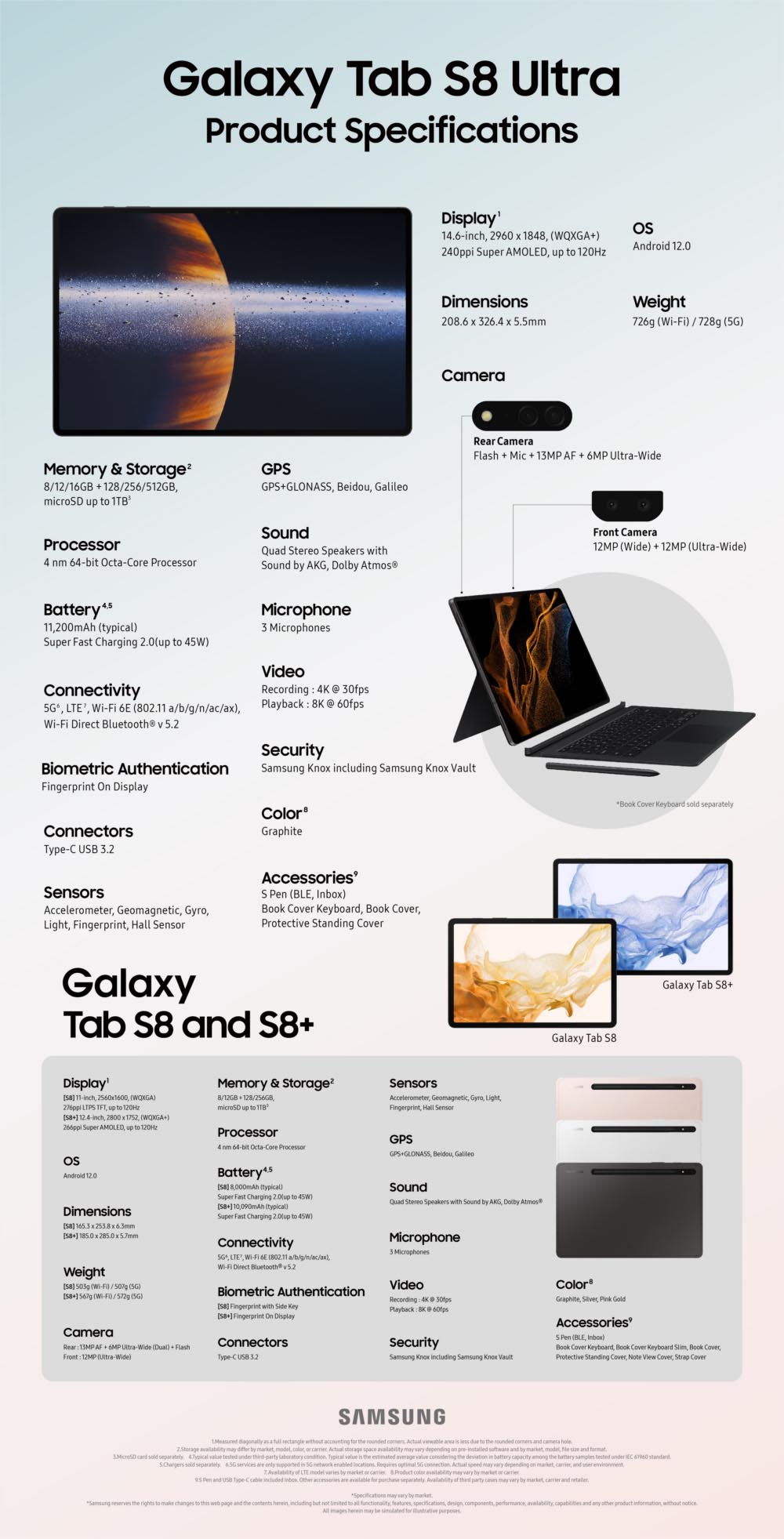