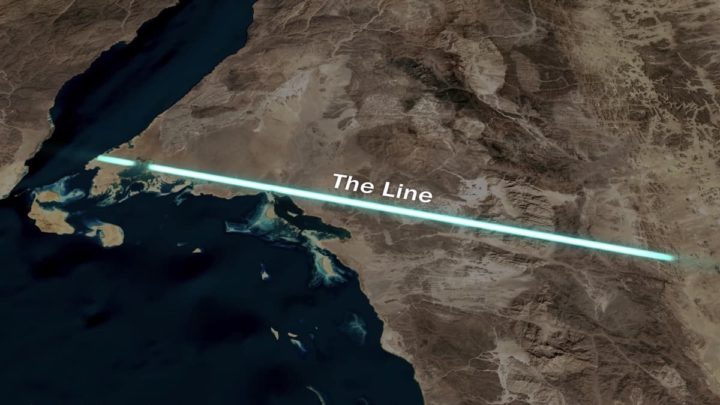 The idea is simply amazing and with an aura of science fiction. However, where there’s a lot… a lot of money, the impossible comes at a price and Saudi Arabia is willing to pay that price. Basically it is a 170 km line that will be flanked by glass walls, where in the middle will be the most sophisticated civilization on the planet.

Contents
The Line…How will the otherworldly city built in Saudi Arabia look like?The challenges for the futuristic city The Line

The Line is the name of the city that will have huge buildings, the most modern transport that exists and that will be totally sustainable. The presentation video gives an idea… an architectural vision!

Last year, the ruler of the Kingdom of Saudi Arabia, the Crown Prince Mohammed bin Salman announced his grand vision of building The Lineor "The Line", a linear city with skyscrapers that run for miles and house millions of people.

O The Wall Street Journal has now seen the plans and documents for the development of this incredible project and has revealed details of what the city will actually look like.

When we talk about Saudi Arabia, we talk about one of the biggest crude oil exporters on the planet. However, the country knows that the world is changing and it has been looking for a few years to diversify its source of income. Mainly because countries are already starting to think about life without dependence on fossil fuels.

Among its plans to do so is the construction of an economic center in the "hub of the world", where more than 40% of the world's population can arrive by plane, in a flight of just a few hours.

The city itself is being designed to use high-speed underground transit systems that, from end to end, will take just 20 minutes to travel. The linear nature of the city will remove the need for personal transport and the problems that plague cities today. 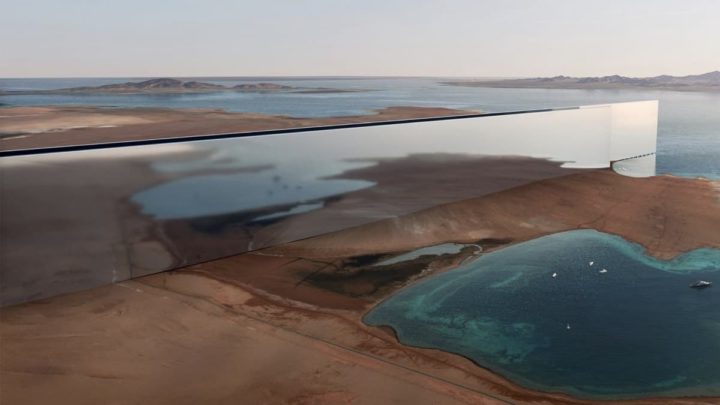 How will the otherworldly city built in Saudi Arabia look like?

According to recent internal documents reviewed by the WSJ, the two buildings that will operate in parallel will be 487 m high and will be dubbed the Mirror Line. In comparison, the Empire State Building is 443 m tall. In addition, the difference is that the skyscrapers in The Line city will be placed along the 170 km, stretching across desert, mountain and coastal terrains.

Their buildings will be placed on either side of the line. Between them there will be passages. On the other hand, this idea also includes agriculture, which will be vertical. This activity was incorporated into the project to help feed the city's residents.

In the coastal area, a marina for yachts was planned. A sports stadium was also planned to be built at 304 meters above ground level. This is intended for the entertainment of the population. There will also be cinemas, theaters, shopping centers and restaurants all over the city.

The ambitious plan to build a new city in the middle of nowhere to attract people and investors from all over the world is expected to cost the Kingdom treasury a billion dollars. However, finances may not be the biggest hurdles the project faces.

The challenges for the futuristic city The Line

The world has changed a lot with the pandemic. People spent time too cloistered and restrictions changed habits and even the pleasures of life. As such, those responsible for the project are having doubts.

After the time of confinement, people stopped wanting to stay in skyscrapers. In addition, the water flows, the aquifer lines will be in an underground plane in the line. But there are other challenges, as the video above shows.

Tall buildings are also an obstacle in the way of millions of migratory birds that use the corridors every year. Furthermore, according to the WSJ, this project will force the displacement of tribal communities living in the area. People who are already being forcibly taken away. 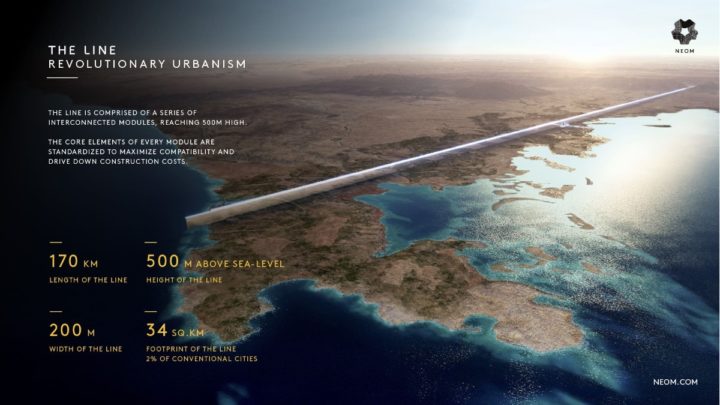 The problems don't stop here. The scale of the project will also require the use of autonomous systems for harvesting and grouping vegetables, while shared kitchens and canteens will be needed to feed the workers. And this workforce is also not easy to manage for such an ambitious project.

The curvature of the Earth presents problems in the construction of the city, which is planned with modules of 762 meters. However, the biggest challenge would be how quickly this could be done. Last year, an impact assessment report stated that the project could be completed in five decades. However, the visionary of the plan, the Crown Prince wants this completed by 2030.

Construction is in the hands of Neom companywhose Chairman of the Board is Crown Prince Mohammed bin Salman.