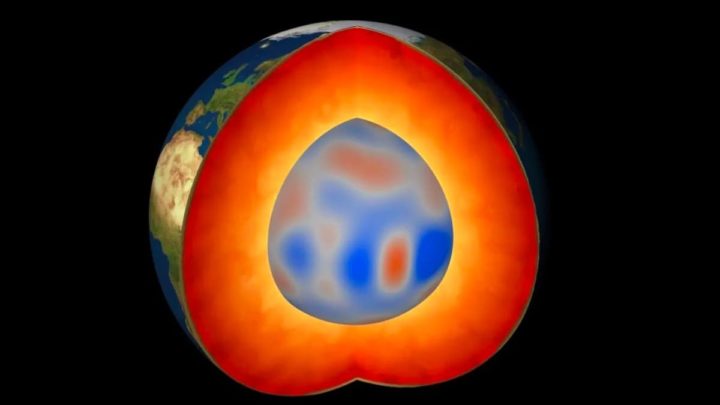 The Earth’s magnetic field is very important for the very life of the planet. Scientists study and monitor this natural defense to understand its changes. It was in this continuous surveillance that they realized that our magnetosphere is working again. Earth’s cunning magnetic field keeps scientists on their toes.

There’s a new type of magnetic waves that scientists are intrigued by. The motions ripple in the Earth’s outer core.

A team of scientists in Belgium and France has discovered a new type of magnetic wave - called a Magneto-Coriolis wave - that travels across the surface of Earth's outer core every seven years. The researchers analyzed years of satellite data (magnetic field scanning equipment) to build a model of the bizarre waves.

Earth's magnetic field, also known as the "magnetosphere", is vital to sustaining life on our planet. This vast bubble of charged particles surrounds our planet like a comet's tail, shielding us from both solar and cosmic radiation.

In essence, this shield has turned the Earth into a giant dipole magnet, helping to guide the navigation systems that guide everything from our smartphones to satellites.

Earth's magnetosphere is generated in our planet's outer core, a churning sea of ​​molten iron some 2,900 kilometers below the surface. Electrically charged particles in the outer core form convective cells, which produce an electrical current that forms what scientists call a "dynamo." This process is what forms the Earth's magnetic field, or magnetosphere. 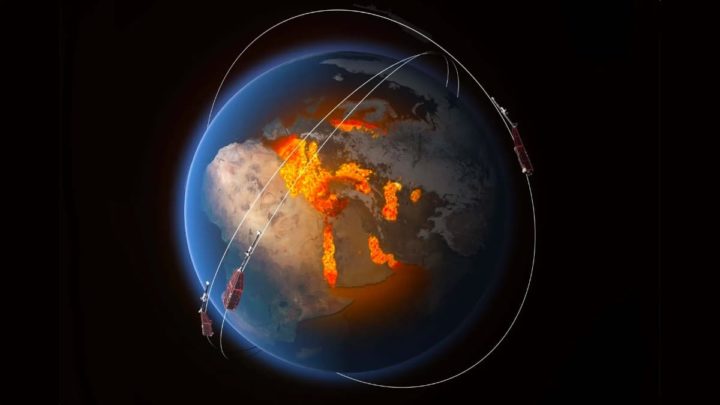 The Planet's Magnetic Field Is Strange, Vital, But Strange

Our magnetic field is a particularly strange field. It rotates periodically, when it sends the magnetic north pole to the southern hemisphere and vice versa, (we may again be about to have a new phenomenon like this: The last polar reversal occurred 780,000 years ago).

Technically, we're late for a pole swap, but experts agree we'd probably be able to adjust.) In recent years - in geological terms, that is - scientists have noticed other bizarre behavior.

The magnetic north pole, for example, is sliding eastward at great speed. And in a region between Africa and South America, the field is really weakening. While understanding these idiosyncrasies has become a priority for many terrestrial scientists, there is still much we don't know.

To better understand exactly what the hell is going on with our magnetosphere (which is extremely important), scientists have been sending satellites into Earth's orbit to study it. The European Space Agency (ESA) launched the Swarm mission in 2013, and the trio of satellites that comprise it have been making important discoveries about Earth's magnetic field and the inner workings of our planet ever since.

However, Swarm is not the first series of satellites to take on the task. Both the German Challenging Minisatellite Payload (CHAMP) mission and the Danish Ørsted mission, launched in 2000 and 1999, respectively, worked for about 25 years to study the Earth's magnetic field.

This latest research team analyzed and then used years of data collected by these satellites - as well as data from Earth-bound magnetic field detectors - to create a computer model that identified the new type of magnetic wave.

Magnetic waves: many questions we still don't have answers to

The collected data revealed that every seven years, these waves sweep westward (at a snail's pace of 1,500 kilometers per year) through the uppermost layer of the outer core, where that boundary meets the mantle. The waves are strongest - or rather, their impact to the magnetic field is the greatest - towards the interior of the equatorial region of the outer core.

The researchers report a number of factors that can influence the behavior and characteristics of these waves and others like them, including changes in the fluidity and buoyancy of material in the Earth's core, the planet's rotation along its axis, and even interactions with magnetic material. around the Earth. 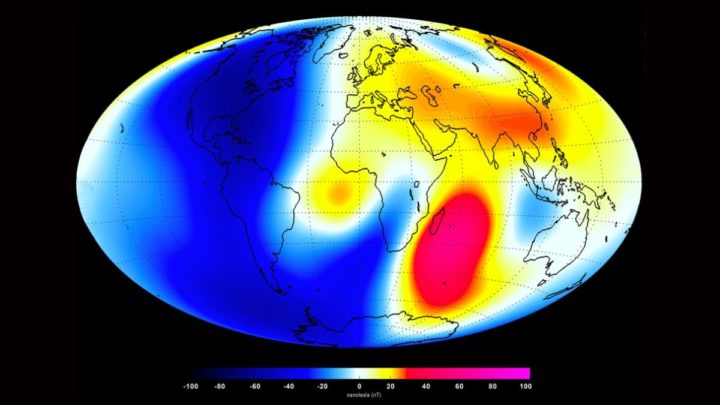 They also believe that there could be even more types of magnetic waves yet to be discovered. They published their results earlier this year in the Proceedings of the National Academy of Sciences.

For years, the Scientists suspected that these waves could existbut they weren't sure when they appeared or how long they might last. This is the first time they have been observed. Although the Earth's surface is covered by a vast array of magnetic field detection instruments, satellite views of Earth and its inner layers were needed to help researchers solve the case.

The more we learn about Earth's magnetic field, the better we can predict and understand its behavior and processes.

This current research will definitely improve the scientific model of the magnetic field within the Earth's outer core. It may also give us new insights into the electrical conductivity of the lower part of the mantle and also about the Earth's thermal history.

Ilias Daras, a geodesic and solid Earth scientist working on the Swarm mission, said in an ESA press statement earlier this week.

Studies like these could also teach us about other worlds in our solar system and beyond the one that has a magnetic field. Mercury, Jupiter, Saturn, Uranus, and Neptune all have magnetic fields. (Jupiter is the largest and most powerful; Mercury is the weakest.) Interestingly, Jupiter's moon Ganymede also has a magnetosphere - the only moon in our solar system to have one that was discovered in 1996 when the Galileo spacecraft saw auroras.

It's useful to learn more about this curious feature of our planet, but it's probably just as useful to accept that there's nothing we can do about its changes.