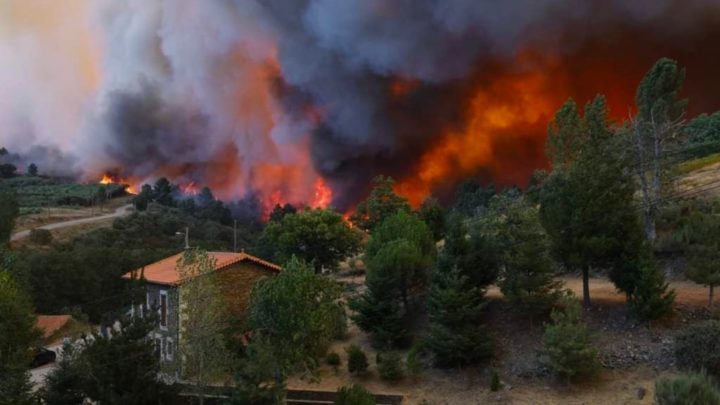 According to the Copernicus Emergency Management Service, around 16,000 hectares have already burned.

7 days have passed and Serra da Estrela and surroundings are still burning. The number of operational assets has increased in recent hours, reaching close to 1700 and the number of land and air vehicle units has also increased.

The Copernicus Emergency Management Service (EMS Copernicus) provides all stakeholders involved in the management of natural disasters, man-made emergencies and humanitarian crises with current and accurate geospatial information derived from satellite remote sensing and supplemented by of available open or in situ data.

The cartography component of the service (Copernicus EMS - Cartography) has worldwide coverage and provides the aforementioned stakeholders (mainly Civil Protection authorities and humanitarian aid agencies) with maps based on satellite images.

More than 16,000 hectares burned until this Friday afternoon in the rural fire that has been raging since Saturday in Serra da Estrela, according to the European surveillance system Copernicus. The system allows highlighting burned areas, but also active fire points. 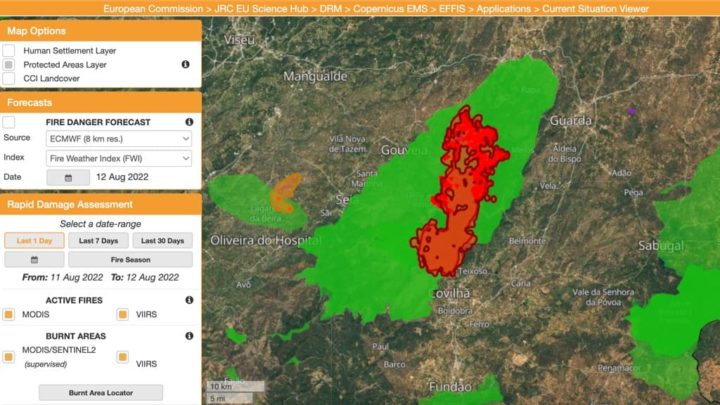 In addition to visual information, it is also possible to search for the burned area and find out how many hectares of area were consumed by the fire. 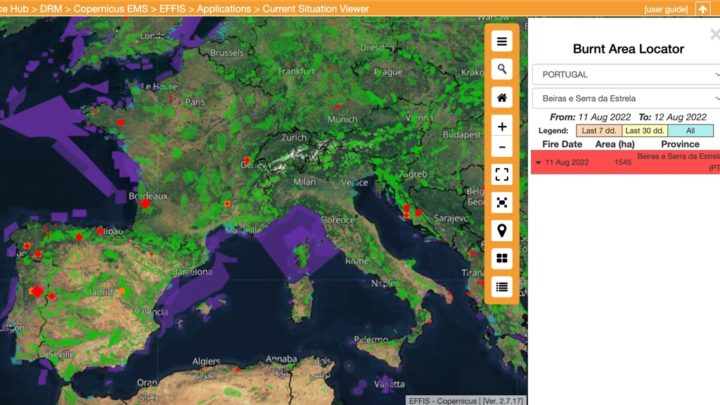