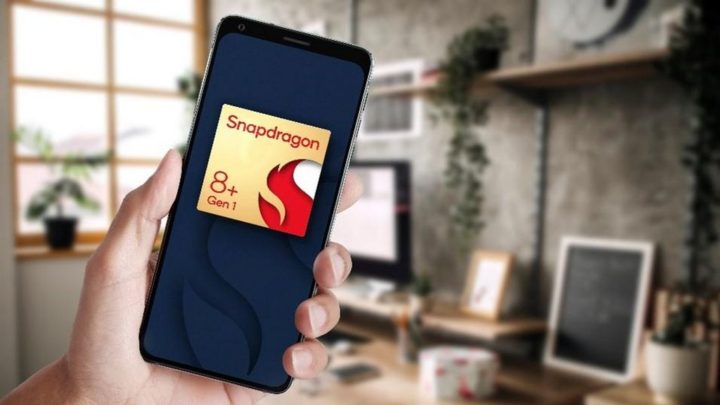 As expected, Qualcomm today presented news in terms of mobile platforms. The top line was renewed, with an even more powerful and economical model, with the launch of the Snapdragon 8+ Gen 1.

In addition, for the upper mid-range, the Snapdragon 7 Gen 1 was launched with features for the gaming universe.

At the end of last year, Qualcomm launched the processor that is powering the best high-end smartphones on the market, the Snapdragon 8 Gen 1. But, as with the SD888 version, the manufacturer created an improved version, which guarantees better performance. even higher.

according to what was announcedthe new Snapdragon 8+ Gen 1 has 10% faster CPU performance, 10% faster GPU clocks, and surprisingly will have 15% lower power consumption when compared to the Snapdragon 8 Gen 1. practical, the manufacturer guarantees "almost 1 hour" of extra play or even more "50 minutes of browsing on social networks".

Qualcomm says it has achieved “up to 30%” greater power efficiency for both the CPU and GPU and 20% better AI performance per watt. 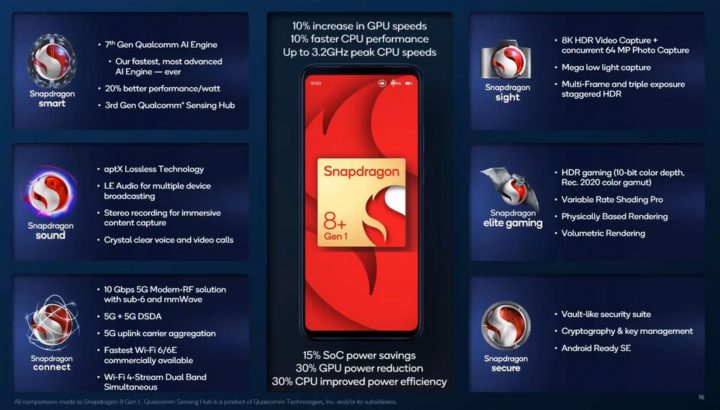 A new integrated chip also improves performance, keeping the clock speed longer as it warms up during games or accesses 5G, although this parameter will also depend on smartphone manufacturers' technologies for cooling.

Other parameters, base will not have changed like Bluetooth, Wi-Fi, 5G, video capture.

Another of the expected models was the Snapdragon 7 Gen 1 that had already been referred to in numerous rumors. Qualcomm announced this model associating it with the gaming universe. Compared to the previous generation, in a game environment, the user will have an increase in graphics performance in the order of 20% and will still have a reduction in resources such as the Adreno Frame Motion Engine to make games smoother. 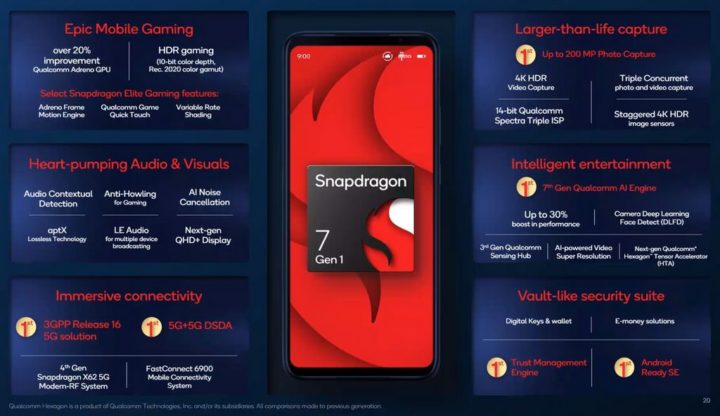 So far, only Honor, OPPO and Xiaomi are listed to receive the new Snapdragon 7 Gen 1, with the first devices expected to arrive within a few weeks, still in this second quarter of the year.

As for the models with the Snapdragon 8+ Gen 1, they should only arrive in the third quarter. At the end of the year, the manufacturer is expected to launch, as usual, its Snapdragon 8 Gen 2.