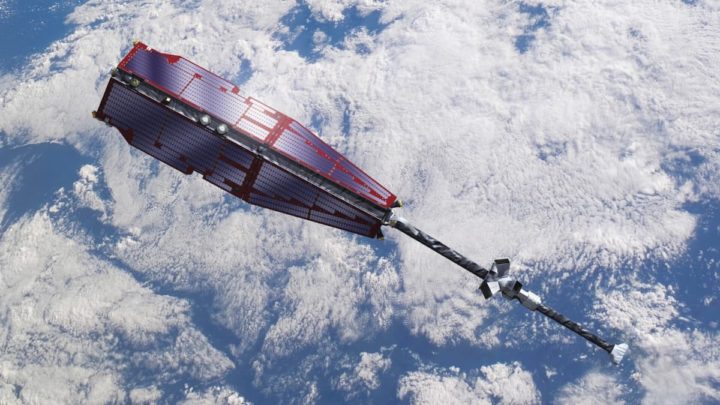 This situation tends to recur more often. More and more satellites are in low Earth orbit, and garbage accumulates, becoming a hazard. According to ESA, a European satellite, which has been struggling to escape premature death in the Earth’s atmosphere due to bad space weather, narrowly avoided a collision with a piece of space junk.

As the Sun spits out more eruptions, the satellites face a double whammy with greater drag and more debris.

Space junk is a growing threat

The satellite is part of a constellation that watches over Earth's magnetic field. Several problems have forced it to ascend to a higher altitude, after having suffered an increase in drag due to changes in the density of the upper layers of the Earth's atmosphere that occurred in response to solar activity.

To get the satellite positioning right, the team in charge wanted to increase its altitude by 45 kilometers over a period of 10 weeks. However, this action had to be put on hold after a piece of space junk raised an alarm at mission control.

In agreement with ESA, the incident, which took place on June 30th, highlights the precarious situation in Earth's orbit. The space debris problem has been getting substantially worse, with hundreds of thousands of fragments large enough to destroy a satellite, which already suffers from several other problems around our planet.

The Sun Bombards Earth and Satellites Are Affected

As the sun awakens to a period of more intense activity, producing more sunspots, flares and coronal mass ejections than in previous years, satellite operators face a double whammy.

As the density of the upper atmosphere increases, the satellites must pass through the thick gas as if they were flying into the wind. Satellite operators therefore need to use onboard propulsion to prevent satellites from spiraling back to Earth.

Furthermore, experts predict that these same changes in air density will lead to a temporary increase in the amount of debris fragments in low Earth orbit, as these fragments face the same increase in resistance as satellites and cannot correct. its orbit.

Therefore, unlike satellites, space junk is completely out of control and increases the threat in space.