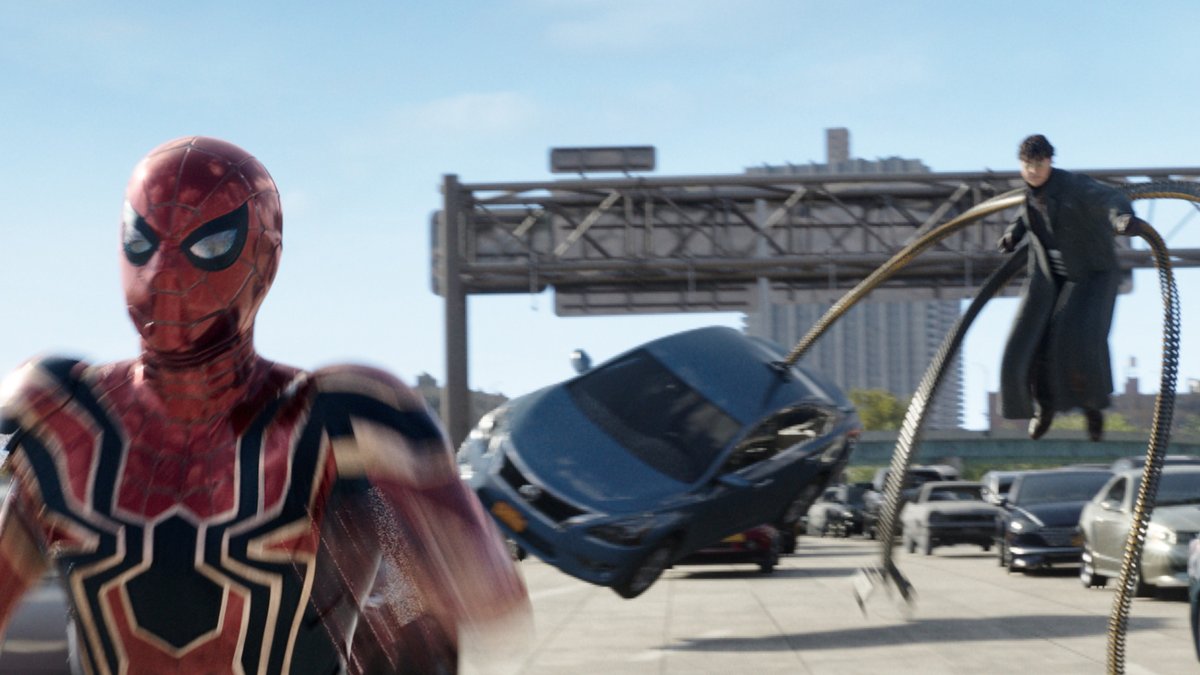 The expectations of the new “Spider-Man” film were high in advance. At the theatrical release on Thursday (December 16) it is now clear: You will not be disappointed. The third part of the current film series about the superhero in spider costume has everything Marvel has up its sleeve – a great (sometimes unexpected) cast, visually stunning camera angles and a lot of action.

“Spider-Man: No Way Home” should stand out in a positive way when looking back at the blockbusters of the comic film forge in the future. The reason: There are several characters appearing that the fan community would not have expected.

Attention, if you want to avoid spoilers before going to the cinema, you should not read any further!

Doc Ock, Green Goblin and Co .: Well-known villains end up in the MCU

For the first time in the history of Spider-Man (Tom Holland, 25), the identity of the friendly neighborhood hero is revealed after the end of “Spider-Man: Far From Home” (2019). This brings his duties as a superhero into conflict with his normal life. And those who are most dear to him are at risk. When he enlists the help of Doctor Strange (Benedict Cumberbatch, 45) to restore his secret, his spell tears a hole in your world and sets free the most powerful villains a Spider-Man has ever fought in any universe. Now it is up to Peter to master his greatest challenge yet, one that will forever change not only his own future, but the future of the multiverse as well.

The hearts of fans should beat faster when going to the cinema when the British Tom Holland as a spider man suddenly sees himself face to face with one well-known super villain after another – including Doc Ock (Alfred Molina, 68), Green Goblin (Willem Dafoe, 66) and Electro (Jamie Foxx, 54). They all think they know him. But he has no idea who they are. Rightly so, because they come from other corners of the multiverse and fought against alternative versions of the superhero who spun threads.

However, the film by director Jon Watts (40) only reaches its emotional climax after two more surprise appearances. When Spider-Man’s girlfriend MJ (Zendaya, 25) and his best buddy Ned (Jacob Batalon, 25) try to track him down with the help of Doctor Strange’s magic ring and open a portal, it is not the current version of the superhero that emerges, but rather his two screen predecessors. The nostalgic factor when seeing the visibly aged “Spider-Man 1” Tobey Maguire (46, “Spider-Man”) and “Spider-Man 2” Andrew Garfield (38, “The Amazing Spider-Man”) – both MCU newbies – is hard to beat. What this meeting means to the fans, all comic book lenders should also be able to imagine.

It gets even better, though, because the two superheroes don’t stop at a standard cameo. But on the contrary. Tom Holland, Tobey Maguire and Andrew Garfield act in “Spider-Man: No Way Home” as the most fantastic trio that the fan base has ever seen to face the concentrated villain power and bring them back on the good side got – movie references and humorous moments included. In the final battle in, on and around the Statue of Liberty, filmmaker Watts also delights us with some of the most emotional scenes that have ever been seen in “Spider-Man” films and that bridges the gap between 2002 and 2007 and 2012 until 2014 beat. And the phrase “Great strength follows great responsibility” is also used for the first time in the current series.

There is no action overload (luckily)

In addition to the surprises, which should not all be anticipated here and which should surpass all the expectations of the “Spider-Man” fans, the plot and cliffhanger moments in “No Way Home” are not neglected either. In no moment does one, even as a non-Marvel disciple, have the feeling of falling into a kind of overload boredom due to seemingly endless action sequences – which unfortunately was the case with many “Avengers” blockbusters. In addition, the chemistry between the young talents Tom Holland, Zendaya and Jacob Batalon makes for a legitimate comparison with the portrayal of the Tobey Maguire / Kirsten Dunst / James Franco trio in the films at the beginning of the millennium.

The bottom line is that “Spider-Man: No Way Home” combines the usual Marvel entertainment with a well-thought-out storyline and a good dose of humor and nostalgia that stirs up all sorts of emotions in the cinema seat. The fun that the hero and villain actors of the various film series revolving around the spider man have when they meet on the screen, transfers seamlessly to the audience and makes them curious about what’s next (also due to the surprising post-credit scene) follows. A perfect early Christmas present for several generations of “Spidey” fans – whether from Maguire, Garfield or Holland.