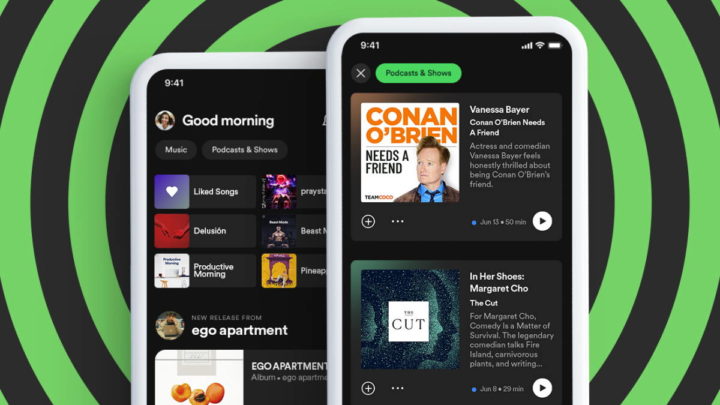 Always focused on music and what it offers users, Spotify is constantly improving its interface. It seeks to ensure access to user preferences quickly and directly.

Another change is taking place, with the separation of areas that until now were grouped together. Spotify’s idea is to give faster access to one of its latest bets, podcasts.

Changes have been constant at Spotify, especially when it comes to the interface of its mobile apps. This is for most users the preferred access point and therefore it is important that it is the simplest and most straightforward to use, removing any complications.

This is how another change comes about, with the same purpose that all the previous ones had and that resulted in success. It wants to separate access to content, facilitating the choice of the most interesting and that are really to the taste of users.

What Spotify reveals, its idea is to separate the podcasts from the rest of the songs, albums and artists. Until now they were mixed and did not have the spotlight, many considered it necessary, either to access those who accompany, or to those who may come to discover.

Two distinct areas will thus be created, with all the choices and proposals. The user will only need to choose in the two buttons at the top which content he wants to have access to. This way you can separate the two proposals and choose in a more direct and uncomplicated way.

Podcasts are one of Spotify's strongest bets in recent times. In addition to having a growing list of these, there is also the arrival of video to this type of content, which further improves the transmission of any message.

This novelty is now coming to Android, with a gradual and slow availability. Later, still without a date, it will also be extended to iOS, to guarantee an equal interface in all apps and all platforms where it is present.