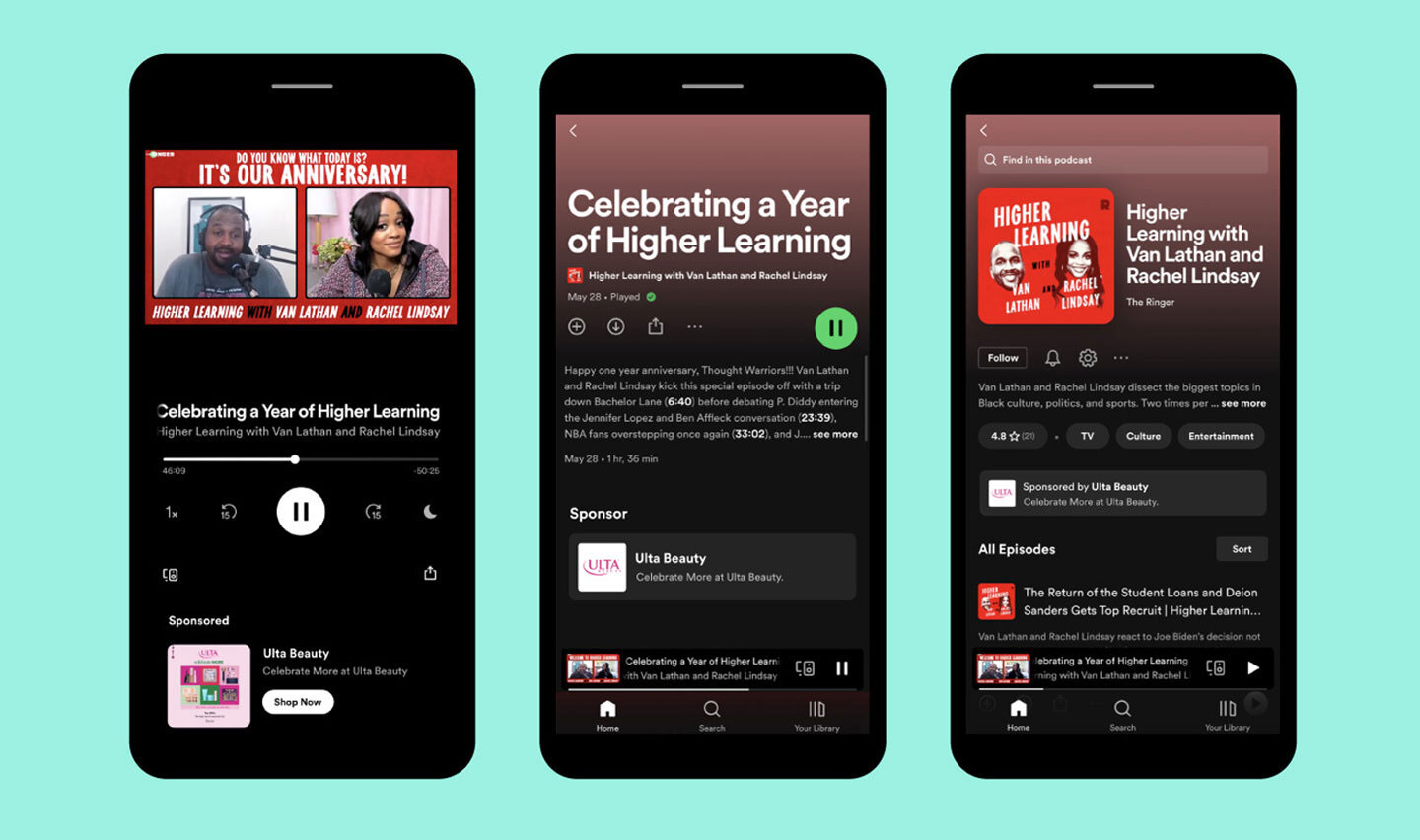 In 2020, Spotify revealed that it was testing an ad setup that would make promo codes and special URLs during podcast ads a thing of the past. As of today, these in-app ads are starting to be released. The company says its call to action (CTA) cards will start to appear in their original and exclusive shows when the corresponding ad or offer is mentioned during an episode.

The new CTA cards will appear in the Spotify app once the ad plays during a podcast in the player interface, as well as on show and episode pages. If you leave any of these places to do something else — like stream music, for example — the ads will appear when you return to the podcast in those three places. Essentially, Spotify sees this as a way to not only alleviate the need to remember a specific promotional code or URL, but also to argue that you can interact with ads or brands you’re interested in when you have time to do so. There’s no doubt that a simple tap, if you’re interested in what you’ve just heard, is much more convenient than manually typing in the usual information. Of course, the downside is that you’ll now see ads in the app when listening to certain podcasts – even if you’re a paid subscriber.

Spotify doesn’t see this as a potential problem, as even paid users hear podcast ads when listening to shows through its app. After all, ads keep podcasts afloat and have turned the medium into a profitable tool for companies to promote goods and services. However, some might argue that seeing an ad in the app and hearing one during a show are two very different things. Brands will likely be willing to jump in quickly, as Spotify says clickable ads generated twice as many visits to the site during the early adoption phase as the “traditional” ad reads for companies like Ulta Beauty, Athletic Greens and Squarespace.

CTA cards are powered by Spotify’s Streaming Ad Insertion, a powerful analysis platform for podcast ads that automatically snaps into pre-recorded promotional reads in the ideal location for each listener. This is how the app knows when to start displaying the corresponding ad card when you hear it during a show. It’s clear that Spotify is promoting the CTA method as the first “interactive” podcast ads, and there’s no doubt that brands will be excited to have a more visible and, more importantly, clickable way to reach audiences. But it will be interesting to see how listeners respond to visual ads in your streaming app, especially those who pay a monthly premium so they don’t have to listen to them on non-podcast content.

Keep up with all the latest CES 2022 news right here!