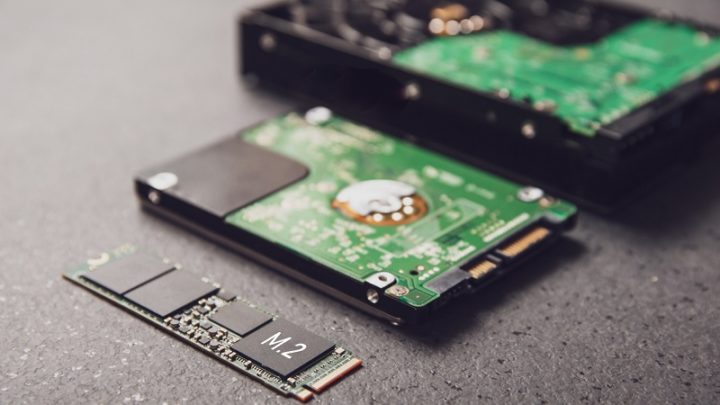 The appearance of SSD disks has brought several advantages to users, this is a fact that practically no one denies. And while HDD disks continue to be the leaders, their sales are not what they used to be.

However, there is now a problem that we must all face, as the latest information indicates that SSD disks emit twice as much carbon dioxide (CO2) as hard disks.

When comparing SSD disks to HDDs we were able to determine several differences. And apart from the fact that on HDDs we get a much more affordable value per Gigabyte, SSDs turn out to be superior in practically all other aspects, namely performance and energy consumption.

But there is one aspect in which SSDs are superior, but for the worst reasons: their carbon dioxide (CO2) emission into the atmosphere is twice that of HDDs.

If initially one might think that an SSD being smaller, with a lower power consumption, fewer materials needed in its manufacture, among others, could be more environmentally friendly, a recent study has shown the opposite.

Two researchers from the University of Wisconsin (USA) together with the University of British Columbia (Canada) revealed that both SSD and HDD disks emit CO2 but in different ways. On the one hand, in hard drives, the energy consumed for the same storage capacity (1TB) in five years is almost tripled, that is, 183.9 KWh at 5 years and 367.9 KWh at 10 years, against 56.9 KWh and 113.8 KWh, respectively, in SSDs.

But if these data could be a point in favor of SSDs, the researchers wanted to go further and analyzed the construction process of all parts of the manufacture of both devices. And the results show that manufacturing an SSD generates almost twice the CO2 emissions compared to manufacturing an HDD.

And through the sum of the totals of OPEX (permanent cost for operating the product) and CAPEX (expenditure or generation in maintenance or creation) it is verified that HDDs emit a total of 99.6 Kg of CO2 in 5 years, while that SSDs emit 184 Kg. And if we increase this period to 10 years, then we have HDDs emitting 199 kg of CO2, which accounts for an impressive amount of 369.2 kg on SSDs.

As suggestions to try to get around this environmental problem, the researchers suggest using SSD drives for as long as possible, in order to avoid producing a lot of new drives. As for the manufacturers, the advice is a greater use of NAND Flash and SLC, mainly because the components degrade less and, as such, also last longer.