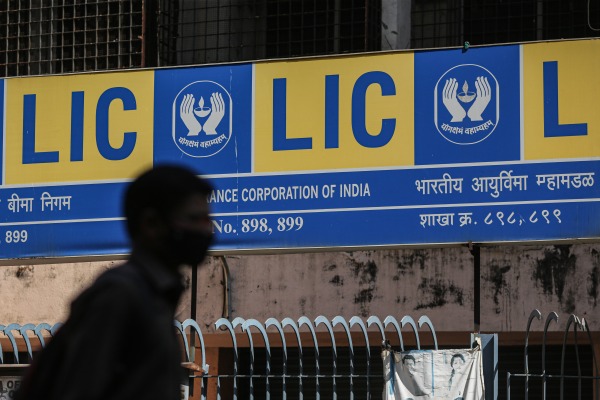 Indian state insurer Life Insurance Corporation of India submitted preliminary documents to the market regulator on Sunday, announcing its plans to sell 5% of its shares to raise nearly $8 billion in the country’s biggest IPO.

The government of Narendra Modi plans to sell around 316 million shares of the wholly-owned insurance company, prospectus draft said. His IPO is the latest in Modi’s privatization campaign to fund his expansionist budget. The company’s so-called “embedded value,” a key metric among insurers, is valued at $71.56 billion. The market value of insurers is typically between three and five times the embedded value. In the initial public offering, LIC does not plan to issue new shares, he said.

LIC’s initial public offering, which is being compared to India’s Aramco, comes at a time when the Sensex, the country’s benchmark stock index, is still trying to recover of the recent liquidation and many tech companies, including Paytm, which filed for a $2.2 billion IPO last year (which at the time was the largest in the country), Zomato, Policybazaar and Nykaa fell to record levels in last weeks. It also doesn’t help that the three previous government-run companies with large IPOs have lost more than half their market value since they were listed.

But New Delhi may be counting on the strong familiarity of the LIC brand for a strong debut. The company, a household name in the South Asian market and which describes “the President of India, acting through the Ministry of Finance, Government of India” as its promoter on record, has over 2,000 branches and employs over 105,000 individuals. The 65-year-old Mumbai-based company holds more than $530 billion in assets and has 286 million policies in place, it said in the preliminary prospectus. Its profit rose to $191 million in the six months ending in September last year, he said.