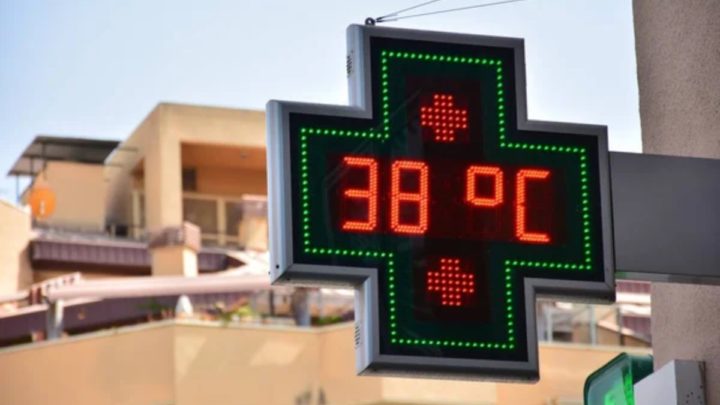 With this heat wave ravaging Europe in general, a data that has served as a “meter” of environmental problems is the maximum temperature reached in a country or in certain areas. For example, in Portugal’s record is Amareleja, historically the hottest location in Portugal. In fact, the record for the highest maximum temperature in our country, 47.3 °C in 2003, was recorded there.

Contents
So why do we trust street thermometers?1. Situation2. Materials3. Overheating4. Scientifically unreliable5. IPMA does not measure temperature this way

However, every day we are fooled by street thermometers. It’s never as hot as we’re shown.

The information, shared by the La Vanguardia website, perfectly mirrors the reality in our country as well. The news shows us a screen with the regions of the country and the emphasis on extreme temperatures, on people cooling off in springs and lakes, along with tips to deal with the situation in the best possible way.

Then, to really illustrate that it's hot, there are some street thermometers there, which are anything but accurate. This temperature gauge almost always gives disproportionate values. And that's easy to see, just walk to a side street and look at the thermometer in the pharmacy outside. There is soon a difference of 3 or 4 degrees (when it is not more). 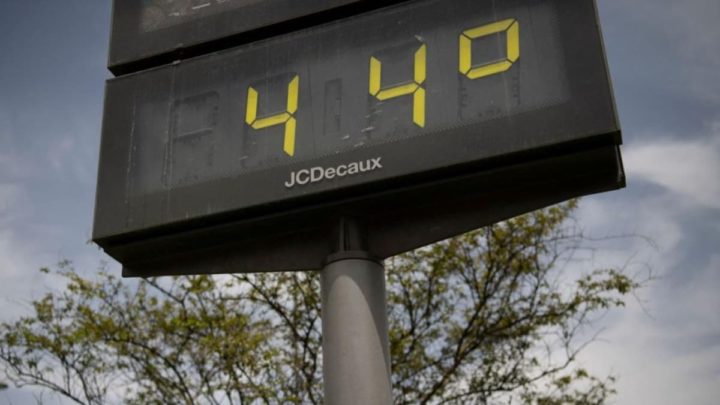 So why do we trust street thermometers?

The question, which is asked by the publication, is interesting and takes us to the dimension of our will to believe. But in fact, we should never do that. And there are 5 reasons why we don't care about this type of information that is incorrect.

If you walk through any city, you will notice that most thermometers are located in sunny areas. Some of these areas will be in the sun for at least four to five hours; others, however, are likely to be in the sun all day. We're off to a bad start: it doesn't seem that a device with so much sun exposure can give a very reliable temperature.

In fact, according to the World Meteorological Organization (OMM) to measure temperatures in urban areas, thermometers should be kept well away from areas that have any exposure to the sun.

The materials that urban thermometers are made of can vary depending on the circumstances, but they are generally very similar.

The WMO stipulates that, under optimal conditions, these devices must be made of wood-like materials and that the metal plate that measures the air temperature must be placed inside a shelter that allows adequate and constant ventilation.

The deniers use old images of thermometers on the street marking >40C to argue against climate change.

We lowered ourselves to the same level then 🤔 pic.twitter.com/QD1opHAmBj

However, in urban thermometers, metal is often the predominant material, both indoors and outdoors. Furthermore, the questionable ventilation of shelters has always been criticized by various climatological bodies.

As we have already seen, conditions do not seem ideal. A city thermometer may be able to measure temperature quite effectively in the early morning or even at night, but it is evident that its reliability will tend to be zero when we are in the hottest hours of the day.

It's because? You will ask. Good, because sooner or later, the physical situation of the thermometer and its composition will eventually lead to overheating. In other words, after a certain point, the thermometer will no longer measure the temperature of the air in the street, but the temperature of its own metal plate, which by then will already be noticeably warmer than normal.

If we go back to the WMO's guide to analyzing temperatures in urban areas and compare them with the characteristics of the thermometers we know, we will see that the nonsense is more than obvious.

While the WMO requires measurements in areas not exposed to the sun, with properly constructed thermometers and properly equipped shelters, urban thermometers do practically the opposite, which means that their scientific validity for measuring temperatures is totally and absolutely non-existent.

5. IPMA does not measure temperature this way

The unreliability of temperatures measured by thermometers becomes even more evident when we see that the Portuguese Institute of the Sea and Atmosphere (IPMA) itself does not even trust the method and is guided by other channels when it comes not only to making predictions, but also to identify the temperature at a given time.

The IPMA meets the requirements of the WMO. Not only in the materials of your measuring stations, but above all in their location. The fact is that the center of a city does not seem to be the best place to reliably assess a temperature: there is sun for a large part of the day, there are tall buildings nearby, cars polluting the air, there is asphalt... in short. , a series of elements that are counterproductive when it comes to analyzing the climate.

The IPMA, however, tends to go to areas much further away from the center. Above all, in locations outside the city or near airports, where the measurement conditions required by the WMO can be easily reproduced.